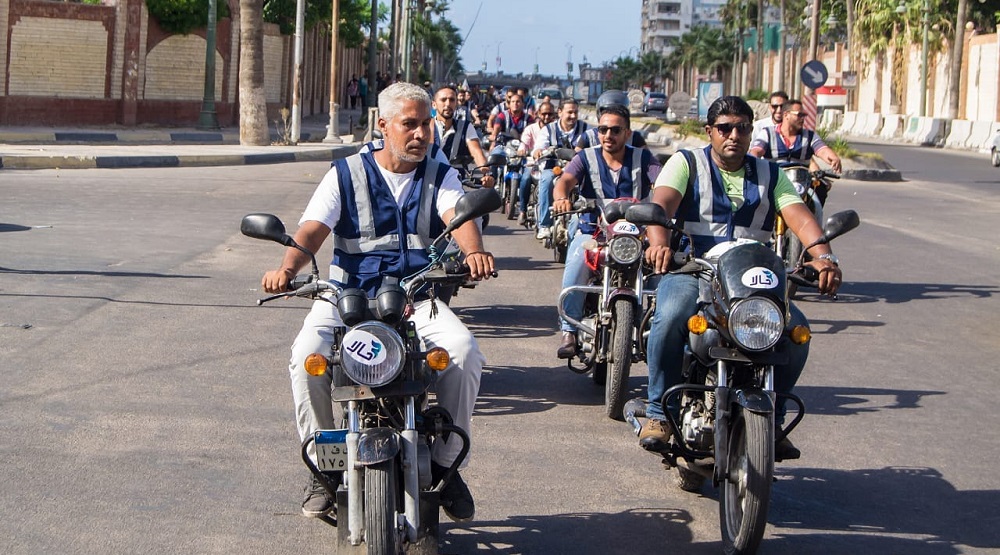 Cairo-based tuk-tuk and motorcycle ride-hailing and logistics startup Halan has completed 10 million rides and deliveries, and 1 million app downloads, the startup announced today in a statement to MENAbytes, adding that 7 million of its rides and deliveries came in the last three months.

If we break it down, it means that Halan since its launch in November 2017 until December 2018, in almost thirteen months, facilitated 3 million rides and deliveries and another 7 million in the first three months of this year, which suggests that the company has been witnessing extraordinary growth lately.

Mounir Nakhla, Halan’s CEO, in a conversation with MENAbytes, confirms this, “We’re witnessing very fast growth that exceeds 50% month-over-month in some months.”

Halan’s services are available across multiple governorates across Egypt and Sudan, a market they had expanded to few months ago. The startup is now eyeing East & North Africa and the Gulf region as potential options for expansion and plans to announce the details after they do their first ride in each country, its CEO Mounir Nakhla told MENAbytes.

Even though ride-hailing still remains Halan’s most popular service, the Egyptian startup is following the Grab/Go-Jek to add more services with the aim of becoming super app of the region and creating hundreds of thousands of job opportunities in the process.

“Halan will be the region’s de facto super app. Mobility will remain our fastest growing vertical for now, paving the way for much-needed solutions that cater to both individuals and businesses,” said company’s CEO.

The startup is currently partnering with big names in the fast food industry including McDonald’s, KFC, Pizza Hut, and Hardees to deliver food on their behalf in Egypt.

Halan claims to be the biggest delivery service of Egypt in terms of fleet size. The startup offers first and last mile delivery to a large number of small retailers who do not have their own fleet, allowing them to deliver their products to their customers in a reliable manner. They are also working on offering express logistics services to some of the largest ecommerce platforms in Egypt.

Halan’s app also has a peer-to-peer delivery service that allows users to request on-demand delivery drivers for moving anything from Point A to B.

The startup had raised a little less than $5 million last year in its Series A from Singapore-based Battery Road Digital Holdings, and Egypt’s largest VC Algebra Ventures, along with some investors including Uber’s founding CTO, Oscar Salazar, who also joined board of the company.