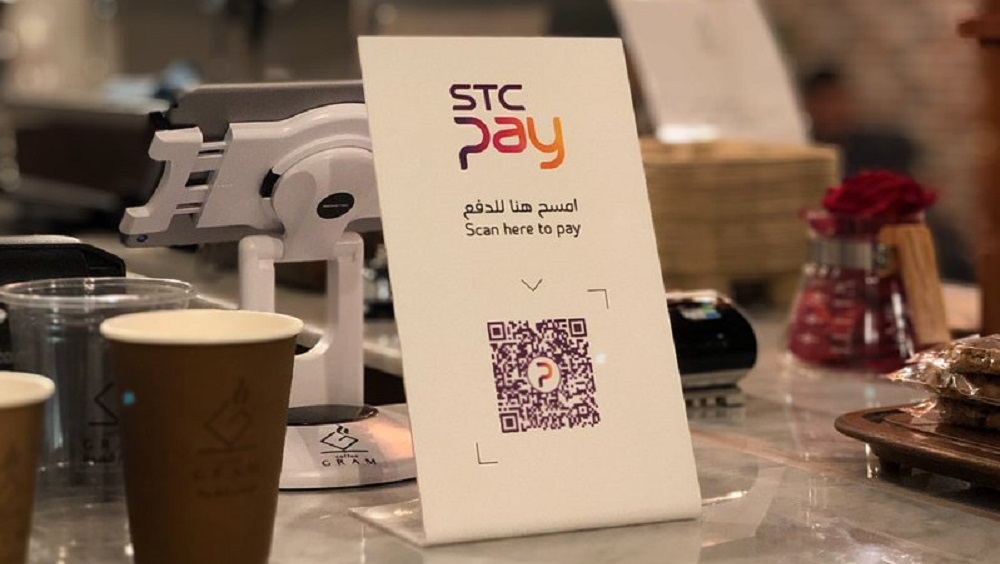 Five out of the ten largest Saudi companies in terms of market cap are the local banks. Two of these banks were among the top four publicly listed Saudi companies last year in terms of net profit, raking in close to $5.6 billion collectively. National Commercial Bank (NCB) had a net profit of SAR 10.7 billion ($2.85 billion) and Al Rajhi Bank made SAR 10.3 billion ($2.75 billion). Samba Financial Group, Riyad Bank, and The Saudi British Bank also brought in more than a billion dollar each in net profit for 2018.

And more importantly, these five and most of the other local banks as well have experienced growth in their profits last year. So they’re in pretty good health and with country’s economy showing positive signs lately after a slowdown in 2017, the future of banks looks great. But some new kids on the block are threatening to change that. The threat is too small (when you look at the size of these banks) at this point but that could change quickly.

Before I talk about the new kids, I’d like to share a few bits about my digital banking experience in the Kingdom. So, I have used multiple banks for different services and there hasn’t been a single of them that offered a decent user experience on their website or mobile apps. I used their websites and mobile apps because I had to. Who would want to visit a branch to pay a utility bill so in spite of the poor user digital experience that most of these banks offered, using their website or mobile app was still the best option. Many of these banks have lately improved both the websites, apps and overall digital experience, but there’s still a lot left to be done.

The problem with remittances

Let me share one example to give you some context. But some background first: the outward remittances during the first half, according to a report by Saudi Arabian Monetary Authority, amounted to SAR 104.07 billion (about $27.75 billion) – two third or SAR 71.06 billion ($18.95 billion) of these were by expats.

And how do the majority of expats make these transfers? By visiting money transfer centers (owned and run by different banks) where wait times in some cases (esp. during peak days i.e. at the end of the month when salaries are paid) could exceed an hour. This is when the majority of the expats already have bank accounts or payroll cards because the local law requires employers to transfer salaries through banking channels only.

So when an average expat receives their salary at the end of the month, they withdraw the money, visit a money transfer center, fill some forms (if the beneficiary is new for example), wait in the queue, and then transfer the money. Some of these money transfer centers have self-service kiosks which makes things easier but you still need to visit a branch obviously. I myself have remitted money using these centers so I have a good idea of how frustrating the process is.

Now you may ask if one already has a bank account with online banking enabled, why would they need to go to a money transfer center. They could simply transfer the money online. There are different reasons. Many of the expats (esp. those from South Asia) don’t transfer money to bank accounts as their families don’t have one. So what they do is transfer money to be picked up by the receiver either from Western Union, Moneygram (or a similar service) or a bank as cash. Also, the exchange rate offered by banks is generally poor and they charge a high transfer fee. And believe it or not, sometimes the transfer could take days.

Some of these money transfer centers allow you to transfer money using your regular bank account (the bank account must be in the bank that owns and runs that specific center – Al Rajhi Bank for Tahweel Al Rajhi for example) but even in this case, you need to visit the center every time you want to add and activate a new beneficiary.

As the process always frustrated me, I used to look for different alternatives so I recently came across Visa Direct, a Visa service (powered by SABB) that allows you to instantly transfer money to any Visa Debit or Credit Card in the countries it’s available for a transfer fee of SAR 15 which is very reasonable. The money (normally) shows up in other party’s Visa card as soon as you confirm the transfer. I was tempted by the tall claims so gave it a try (twice) and was extremely disappointed with the results.

Both the times, the money that showed up in the Visa card of the receiver was less than what was shown to me on the final screen before the transfer was confirmed. This is when SABB clearly on their website says that the amount you send equals the amount the beneficiary will receive.

The new kids on the block

Disappointed with all these regular banking options, I wanted to try something digital-only. Something like Revolut in Europe or TransferWise for remittances. So I was excited when I first learned about Halalah and STC Pay (nothing like Revolut but still good looking options). Both launched around the same time. So I downloaded both the apps.

I was extremely disappointed with Halalah initially as the app just kept crashing (on Android) and I wasn’t able to use it at all. STC Pay, on the other hand, worked fine but during their early days, they were only allowing users with an STC Phone number to sign up and they’d notify you about this at the last step of sign up (which was a bummer). I didn’t have an STC phone number so I couldn’t use STC pay as well.

Eventually, Halalah updated their app (with new UI) fixing those crashes and STC Pay opened up to everyone. I created my profile (or account – whatever you’d like to call it) on both of them. The signup process was smooth on both of them and apparently, both are integrated with government databases to confirm customer records.

I added some money to both these mobile wallets without knowing how I will use it or where their merchants are. The idea was to pay whenever, wherever I will see an STC Pay or Halalah sign. And Halalah was all over grocery stores (at least in North Riyadh) so I started using it and being someone who hates to carry cash, it felt good every time I paid using it. The money in STC Pay, however, wasn’t of much use. I had seen their signs at some places but these were not the places I was buying anything from. Halalah, on the other hand, has become an app, that I use frequently, thanks to its wide coverage of grocery stores. It is far from being something that I cannot live without but it’s a really good (second) start I should say.

With STC Pay, I was starting to develop a feeling that I might never use money I had added to it but then they introduced cross-border remittances powered by Western Union. I gave the feature a try (without actually sending any money) and it felt pretty smooth. I was hoping that they will also add cross-border bank transfers and they did, a few weeks ago. After waiting for weeks, I tried the service earlier this week and loved it. After adding the beneficiary in three easy steps and adding (more) money to my wallet, I was able to transfer the money in less than a minute for a transfer fee of SAR 15 ($4) which is what most of the money transfer centers in the Kingdom charge for transfers to banks in Pakistan. And in my case, half of what STC Pay had charged was returned as part of some cashback offer. But most importantly, the exchange rate was brilliant, better than what most of the remittance centers were offering.

Even though I had completed the transfer from my side, the other half of the transaction was still incomplete and I wasn’t sure about when the money would show up in beneficiaries account. But it reached them the very next day and I received this cool notification from STC Pay saying that the money is now in their account. A simple and straightforward feature that should’ve been part of every bank’s web and mobile app but is not. The only way for you to know when you’re transferring money using these banks or remittance services is when the receiver informs you. In case of cash pickups, however, most of the services inform the sender.

For as long as STC Pay is there and maintains this decent exchange rate, low transfer fee and the brilliant user experience, I am not going back to any bank or remittance service for cross-border transfers and I am sure I am not alone. STC Pay already has over 100,000 downloads on Playstore. Bloomberg in February had reported that the app has over 200,000 users in almost five months after launching in October last year. Halalah also slowly but surely is gaining momentum and both these apps and the likes should scare the Saudi banks. Yes, the numbers are too small today but they should be seen as a sign of what’s to come.

For now, if I am to add money to any of these mobile wallets, I need to use a credit card (provided by my bank) or a bank account to do that. The same goes for withdrawing cash, which is something that’s available on STC Pay. The app allows you to withdraw cash using some ATMs of Arab National Bank. So even though I could do different things using these apps including transferring money (locally) easily to any of their users, I obviously still need my bank account – things will get real interesting when these apps are able to eliminate the banks.

They’re starting with payments but could easily expand into so many other things including wealth management, lending, saving customers’ money and insurance. And when they’re able to do this and combine it with massive adoption, these little apps could eat up a big chunk of market share of banks. We’ve already seen that in China, and to some extent India and some other markets and with the large young tech-savvy population, that might not be very far for Saudi as well esp. if the regulators are making it easier for FinTech to start and operate in the country.