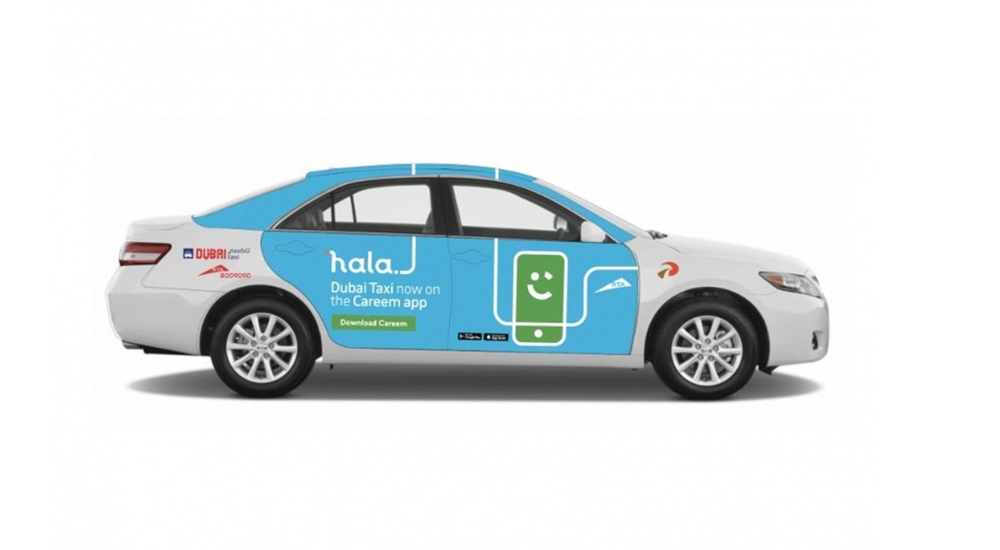 Dubai’s transport regulator, Roads and Transport Authority (RTA) and Careem, six months after first announcing their plans, have last week officially announced the launch of their joint venture Hala that allows users to book a Dubai Taxi through Careem’s app.

Hala according to previous reports is owned 51 percent by RTA and 49 percent by Careem.

According to the information available on Careem’s app, the starting fee of Hala is AED 8, with AED 1.91 as per kilometer charges. The minimum ride fare is AED 12. With these rates, Hala is actually more expensive than Careem Go, Careem’s cheapest ride option (with regular cars – not taxis) in Dubai that it has scrapped after the launch of Hala.

According to the statement, the starting fee of Careem will not be fixed at AED 8 (what the app suggests in the rates details) but will vary depending on the time. The statement notes that it will range from AED 8 during regular hours, AED 9 at night and AED 12 during the peak hours.

Ahmed Bahrozyan, Chief Executive Officer of Public Transport Agency (PTA), commenting on the occasion said that this step reflects RTA’s commitment to the directions and aspirations of Dubai Government in the digital transformation of all services, especially in the field of mobility in the Emirate of Dubai. This initiative will boost taxi sector in Dubai in terms of easy access to vehicles through ehailing, which helps the Authority to achieve integration between the various means of transport.

Bassel Al Nahlaoui, Managing Director of Careem Gulf and Pakistan, said, “We are very excited to see Hala officially launch today. It is a milestone moment for the industry, with the public and private sectors coming together to bring ride hailing tech to everyday taxis. Residents and visitors of Dubai will now be able to find the closest Dubai Taxi to them on demand, see a fare estimate and time of arrival before booking their ride and connect their credit card for easy, hassle-free payment via the Careem app.”

Hala’s CEO Clemence Dutertre, added, “Hala is not only revolutionising the way people book their beloved taxis in Dubai; it is driven by a motivation to progress and transform transportation across Dubai, while bringing opportunity to the drivers we are proud to call our Captains. Our vision is for Hala to become synonymous with the smart way to move. Economic, available – Hala exists to provide an innovative approach to travel, unlocking this wonderful city for the people.”

Careem and RTA are also working together to launch an app-based bike rental service in Dubai.