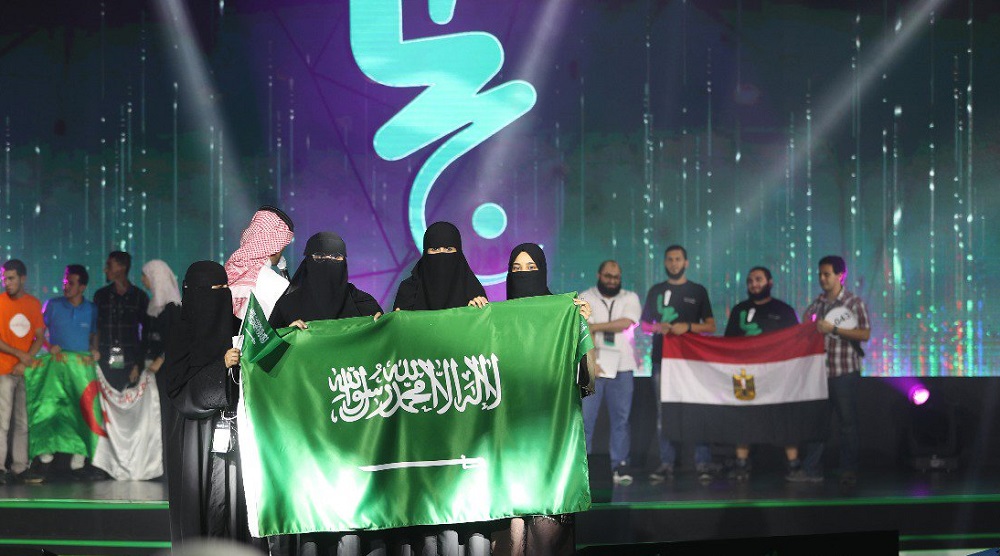 The first ever Hajj Hackathon finally concluded yesterday with a prize ceremony after three days of activities. The event brought almost 3,000 makers from all around the world who created different products to improve the experience of pilgrims. In the process, the event broke the Guinness World Record to become the largest hackathon in the world.

The finalists had a chance to pitch their products in front of a jury panel and answers their questions. The panel included Apple’s co-founder Steve Wozniak, TechCrunch’s Mike Butcher, RiseUp’s Abdelhameed Sharara and some other local and international experts.

A team of four Saudi women won the first prize of SAR 1 million – over $265,000 (for 15% of the equity) for their Android-only mobile application called Tarjuman. The application will help pilgrims translate signboards to any language without having the need to connect to internet. The implementation of the idea according to the team does not require a big budget as it only needs a QR code to be installed on the signboards and when a user scans it, the phone will translate it into the default language of their phone.

An Egyptian team of three developers won the second prize of SAR 500,000 – over $130,000 (for 10% of the equity) for their fintech solution called Hajj Wallet. As the name suggests, it is a mobile wallet that the pilgrims will be able to use to pay for different products and services during their stay in Saudi Arabia for Hajj or Umrah. The users will be able to deposit money into the mobile wallet through any of Hajj Wallet’s merchant partners or their credit cards and then they can use Hajj Wallet either to transfer this money to other users or pay at different vendors that are part of Hajj Wallet’s network by simply scanning a QR code.

A team from Algeria won the third prize of SAR 350,000 – about $100,000 (for 7.5% of the equity) for their social network (I guess) called Roaa. According to the female member of their team that presented the product, it allows users to take pictures during Hajj that are then placed in a private network accessible by family and friends (that the person has added) along with the exact location of where the picture was taken. Pictures of the same user taken by others are tagged using facial recognition and placed in the same network. The team wants to enable pilgrims to document their experience and create a story resume with their app without making a lot of efforts.

A special prize of SAR 150,000 was also given to one of the teams that had developed a tent management application.

Congratulations to all the winners.

An earlier version of this article misstated the name of third place winner. The error is regretted and has been fixed now.