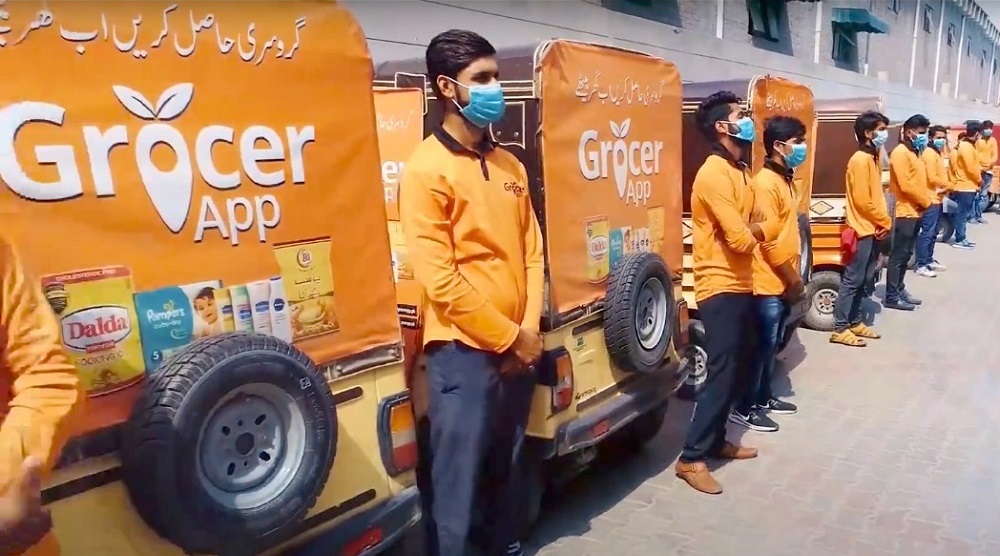 Lahore-based grocery delivery startup GrocerApp has raised $1 million in a seed round led by Jabbar Internet Group, the startup announced in a statement to MENAbytes today. It is Jabbar’s first investment in Pakistan and comes just days after it won big with the $360 million sale of Dubai-based grocery startup InstaShop (which it was an early investor in) to Delivery Hero.

Founded in 2016 by Ahmed Saeed, Hassaan Sadiq, and Bilal Zafar, GrocerApp is one of the leading players in the online grocery space in Pakistan, enabling users to order their groceries through its web and mobile apps and have them delivered to their doorstep on the same day. In addition to groceries, it also delivers fruits, vegetables, and meat.

The startup that had started in Pakistan’s second-largest city Lahore in 2016 and is one of the leading players in the online grocery space there has recently also expanded to Islamabad and Rawalpindi with 1,500 SKUs available on its app, it’s co-founder and CEO Ahmed Saeed told MENAbytes. In Lahore, it sells over 4,000 SKUs.

GrocerApp uses a pure-play model with its own inventory and logistics so when a user places an order on its app, the products get picked and packed at its fulfillment centers and delivered to customers using its network of freelance drivers. It had started with its own fleet but has recently switched its logistics model to rely more on freelancers as it scales its operations.

Covid-19 has helped the startup grow multiple-fold in the last few months. Even though GrocerApp is not experiencing the same growth it was during the peak of Covid-19 in Pakistan, it is still growing between 20 to 30 percent month-over-month, said Ahmed in a conversation with MENAbytes.

In a statement commenting on the investment, Ahmed, said, ”GrocerApp is equipped with sophisticated technology, smart fulfillment centers and efficient logistics network that makes it the leading e-grocer in Pakistan.”

“Our success in this round is twofold. Asif, Hussam, and Samih have shown confidence in GrocerApp and decided to back us, which reinforces our position as a promising e-commerce leader. Secondly, the tons of experience these investors bring will usher in a new era of growth for GrocerApp,” he added.

Ahmed told MENAbytes that they will use the latest investment to make their supply chain more efficient, automate different processes to help it scale, and fuel its expansion in Islamabad and Rawalpindi. GrocerApp will also explore the option of expanding to Karachi next year.

Jabbar, the lead investor in this round was founded in 2009 by Samih Toukan and Hussam Khoury, two internet veterans of the Middle East who had previously co-founded region’s leading ecommerce company Souq that wad acquired by Amazon in 2017 for $580 million and Arabic portal and email service Maktoob that was acquired by Yahoo for $164 million.

Samih Toukan, commenting on the investment, said, “We see great potential in Pakistan for technology businesses. To seize the opportunity, we have made our first investment in Pakistan in GrocerApp because of our confidence in the business and resilience of the cofounders. We are determined to see GrocerApp grow even further, now that the Pakistani market is ripe for a digital revolution.”

Asif Keshodia, the former Souq/Amazon MENA executive who had overseen Souq’s sale to Amazon, said, “Pakistan is a huge market with great potential for ecommerce companies to grow. GrocerApp has shown that promise and I am thrilled to become a part of an amazing team that is leading this company. Collectively, the investors bring weights of experience in e-commerce which is going to help the company soar to new heights. It is also going to develop the overall e-commerce market in Pakistan and I look forward to this exciting journey ahead.”

Pakistani mass transit startup Airlift has also recently expanded into grocery delivery but GrocerApp is not too concerned about the competition. In a conversation with MENAbytes, the CEO of GrocerApp explained that the market is big enough for multiple players to co-exist, “Yes, we want to become the leading player in the online grocery space in Pakistan but that doesn’t mean that we’ll capture the entire market. It is just too big and has to be served by multiple players.”