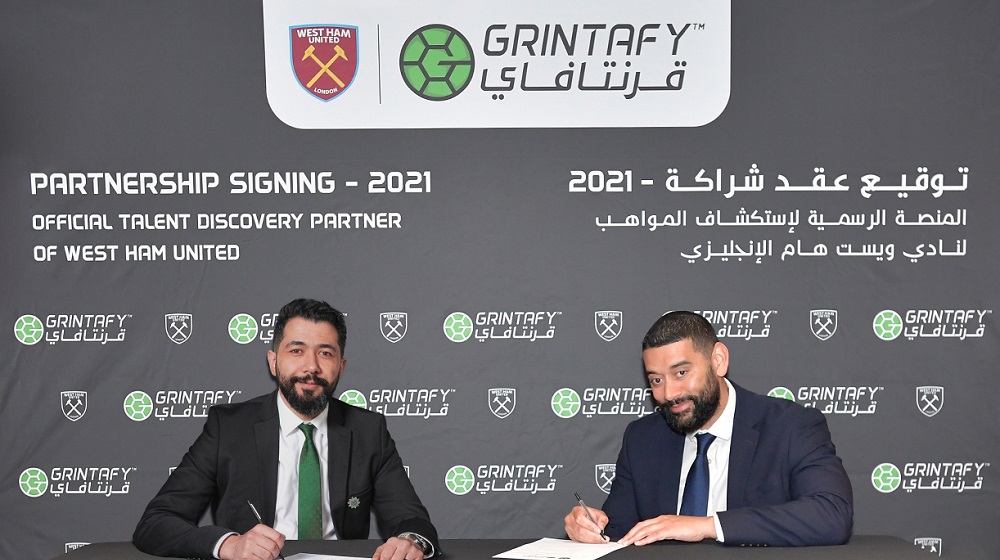 The platform connects amateur football players with scouts and professional clubs through its web and mobile apps. The footballers can use the platform to find, join, or organize games, get rated for their performances, and work their way up the rankings, to build their football CVs.

As a result of the latest partnership which the startup said is the first of its kind, West Ham United’s coaching and technical staff will be able to access user profiles, stats, and other details on Grintafy and select players who will be flown to England for an official tryout (with a chance to be signed by the club).

“For the first time in the Middle East and in the world, Grintafy’s technology will be utilized to discover amateur football talents with the dreams to become part of the legendary West Ham United Football Club,” noted a statement by the Saudi startup.

Grintafy will also organize a mega tryout event in Saudi that will be attended by the coaches and technical staff of West Ham Academy – who will also deliver different coaching programs across the Middle East.

Nathan Thompson, Commercial Director of West Ham United, said, “At West Ham United, we pride ourselves on the Academy and our capacity to nurture talent. We are excited to work in partnership with Grintafy to welcome aspiring footballers to the UK to enjoy experiences with our world-renowned Academy.”

Majdi Al-Lulu, the CEO of Grintafy, said, “Grintafy was started so that every young footballer has an opportunity to make their dream come true, regardless of their economic status or access to resources. This partnership ensures that we are bringing international opportunities to the kingdom and keeping our focus on the 2030 vision. West Ham has a rich history and pedigree for developing talent and giving youth a platform to shine. This perfectly aligns with our key values.”

According to its website, Grintafy has been used by over 500,000 players who have organized more than 25,000 games using the platform. Launched in 2018, the sports technology startup had raised $1.25 million in a seed round led by Wa’ed Ventures in 2020.