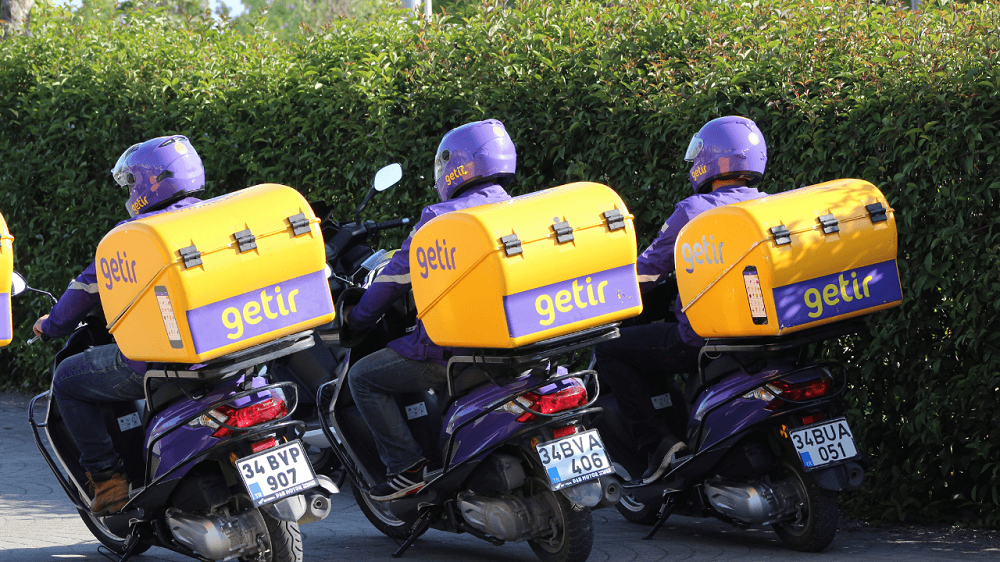 Istanbul-headquartered ultrafast delivery startup Getir has raised $128 million in a Series B round led by Michael Moritz’s Crankstart Investments and Brazil-based Base Partners, it announced in a statement to MENAbytes on Tuesday. The round valued the company at about $850 million which makes it one of the most valued tech startups of the Middle East, North Africa, Turkey & Pakistan.

This comes a year after Getir raised $38 million in a Series A round from Crankstart Investments. The latest deal also includes the participation of Tiger Global and Goodwater Capital. Over 250 Getir employees who had requested the opportunity to invest in the round also took part in the transaction.

Founded in 2015 by Nazım Salur, Arkady Volozh, Doğancan Dalyan, Mert Salur, Serkan Borançılı, and Tuncay Tütek, Getir claims to have pioneered the 10-minute grocery delivery proposition, enabling millions of people in Turkey to order over 1,500 products from its mobile apps. In addition to groceries, Getir also delivers food from over 15,000 restaurants across the country.

Getir’s founder and CEO, Nazim Salur, said, “We began in 2015 with the vision to disrupt last-mile delivery. Previously, I founded a taxi-hailing app that offered taxis in 3 minutes. So I asked myself: “why not bring people their everyday needs in around 10 minutes?” This thought created Getir, a new category in last-mile delivery.”

“Every month, we deliver over 1,500 varieties of groceries to millions of people in Turkey in an average of 10 minutes. In this round, our existing investors have doubled down on the potential of Getir, joining new investors – both international and domestic – to fund local and international growth,” he added.

But that hasn’t dented Getir’s growth. The startup claims to have grown its revenue five-fold in 2020. It also doubled its coverage footprint in Turkey last year. Getir was the first player to have introduced an ultrafast grocery delivery service in Turkey but other players have also

After its success in its home market, the Turkish startup is now preparing to expand its ultrafast delivery service internationally with plans to launch in London, Sao Paolo, Paris, and Mexico City. With its London team already in place, the startup is expected to launch its 10-minute grocery delivery service there within the next few months.