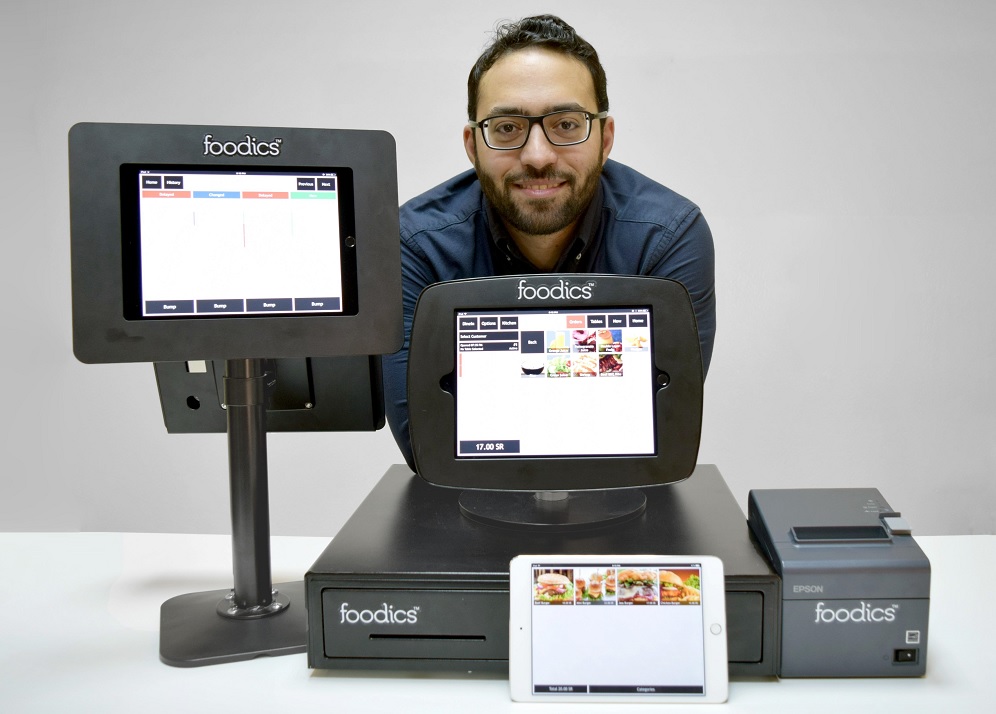 Saudi-based Foodics has raised $4 million in its Series A round. This is the first-ever external funding for the startup and was led by Saudi VCs: Raed Venture & Riyad TAQNIA Fund (RTF). Naseel Holding & 500 Startups also participated in the round.

Co-founded by two Khobar-based entrepreneurs Ahmad Alzaini and Musab Alothmani in 2013, Foodics is a cloud-based restaurant management system that runs on an iPad. It offers restaurants to manage their transactions, inventory, employee scheduling, loyalty programs and e-commerce through its iPad-based POS system. Foodics had joined Badir Technology Incubator in 2015 and graduated from the program last year.

“Foodics’ products are characterized by their ability to integrate with Internet-based services such as accounting and inventory management systems. In addition, Foodic’s products can be integrated with the widely available fast-growing on-demand food delivery platforms. Foodics systems are offered in competitive packages for retailers and restaurants compared to old, expensive and non-smart POS systems offered by legacy providers,” said Ahmed Alzaini, Co-Founder & CEO of the startup.

The startup that originally started as a part of Alwans, a company co-founded by Ahmad & Musab to provide technical services to businesses. Within two years of launching, Foodics had made $320,000 and that’s when the founders decided to end the technical services business and put all their efforts into Foodics. It was selected as one of the most promising Saudi startups by Forbes in 2016.

Omar Almajdouie, Raed Ventures founding partner, said: “We are pleased to see the success of this round and the contribution of highly sophisticated and strategic investors to the company.” The investors will support the company to accelerate the company’s growth in the two current markets (Saudi Arabia and the UAE) and open new markets in the Gulf and the Middle East, He added that Foodics success in its industry shows that Saudi companies are able to enter into the complex technological fields that were exclusive to foreign companies. This investment is a continuation of the bold investments of Raed Ventures in the fastest growing companies in Saudi Arabia and the region in general.

Hani Enaya, RTF’s Managing Director, said that this investment is part of RTF’s efforts to and scale startups in the Kingdom and the region. RTF aims at investing in added value companies that are scalable and house a strong founding team with diverse skills. He also added that RTF has a strong conviction that Foodics will become one of the leading companies in the digital transformation of the region. Dr. Hani also expressed his delight on the diverse and deep experience that the current investors syndicate bring to the table.

The startup currently has a team of 52 employees working from its offices in Riyadh, Jeddah, Khobar & Dubai. It’s currently used by over F&B brands 100 brands in Saudi & UAE.