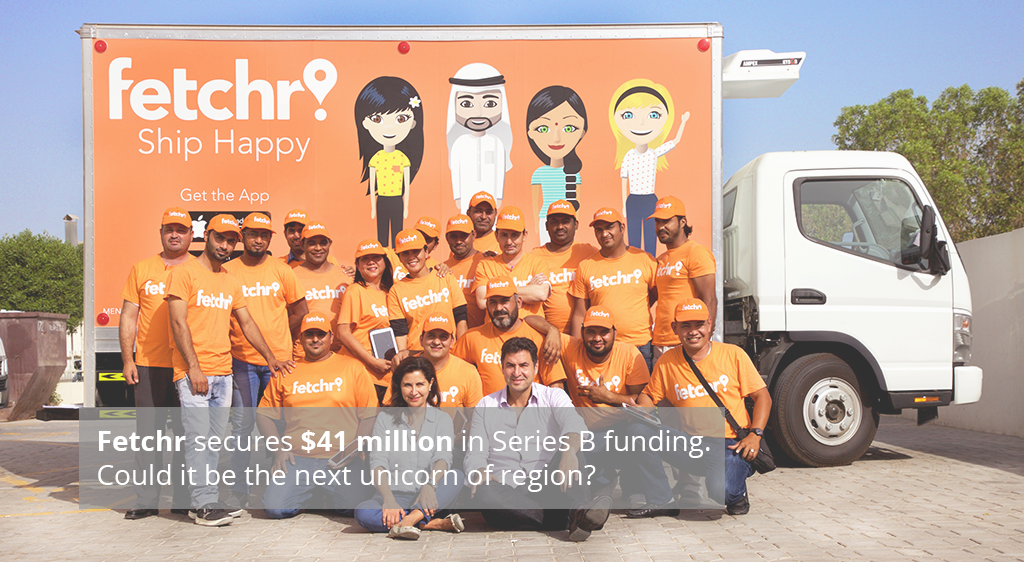 Fetchr, a logistics tech company co-founded by Idriss Al Rifai & Joy Ajlouny in 2012 to tackle the ‘no address problem’ in the emerging markets has just secured $41 million of funding in their Series B round led New Enterprise Associates, a California based global venture capital firm. New Enterprise Associates had led Fetchr’s $11-million Series A round as well in 2015. This has taken Fetchr’s total disclosed funding to $52 million and the seed round of the company was reportedly around $1.3 million.

Joy Ajlouny, the co-founder & Creative Director at Fetchr had met Idriss Al Rifai at a pitching event in San Francisco. Al Rifai was pitching his idea for the ‘no address problem’ in the emerging markets. Ajlouny who is an ecommerce professional with more than twenty years of experience used to own a luxury ecommerce startup in San Francisco. The startup had a lot of buyers from Middle East but because the drivers would not be able to find their addresses, the startup had a high return rate. So she could very much relate to the problem Al Rifai was trying to address and that’s how they started Fetchr together.

“More than two billion people live without an address. While these emerging markets represent the key for the growth of ecommerce in the next decade they are still being catered to with an antiquated address-based delivery software. This is both ineffective and incredibly frustrating for customers who think ‘mobile first’ throughout the region,” said Idriss Al Rifai.

“Fetchr has demonstrated impressive growth since our initial investment in 2015,” said Scott Sandell, Managing General Partner at NEA and Fetchr board member. “They’re revolutionising global e-commerce by enabling delivery access via mobile (in contrast to the traditional requirement of a physical address). We’re thrilled to continue partnering with the team as they further expand their reach among the two billion customers in emerging markets worldwide.”

Commonly referred as next unicorn of the region, Fetchr after this funding seems to have all the resources to make this dream a reality.