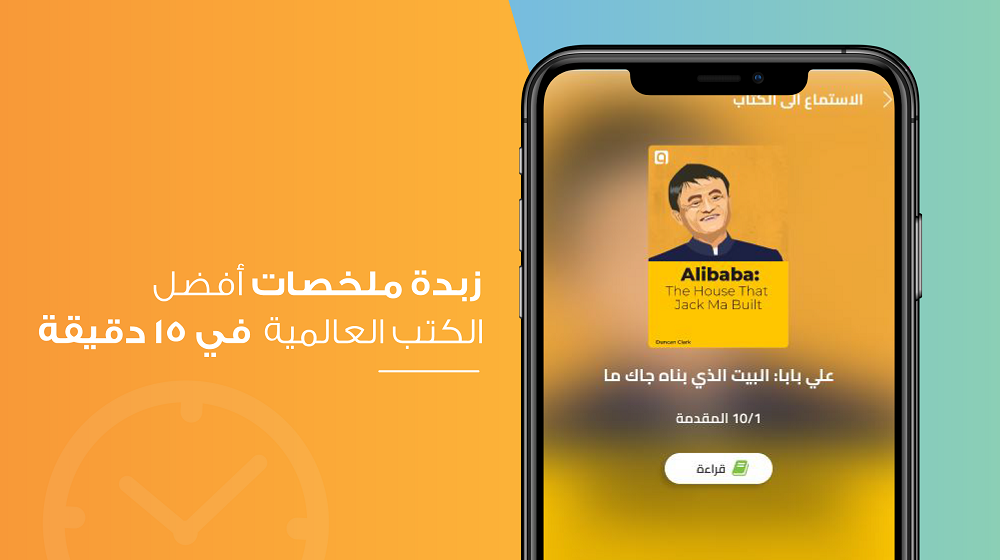 Just Launched is a new series on MENAbytes that will cover digital products and services that have recently launched (six months).

Faylasof, a Jordanian online bookstore that recently raised $500,000 in a Pre-Series A round has launched Wamda (yes, interesting choice of name), a Blinkist-like mobile app that summarizes bestselling non-fiction English books in Arabic that the users can read or listen to, in fifteen minutes. The summaries are narrated by professional artists.

We have multiple startups operating in the Arabic audiobooks space including Sweden’s Kitab Sawti, Saudi-based Dhad, and Egypt’s Iqraaly but with Wamda, Faylasof is going after a different type of audience: those who don’t want to read the entire book (for different reasons) but would like to go through the summary to take the best out of it. That’s what Wamda does and it claims to be the first Arabic app of its kind.

But the idea is not new. Blinkist, a Greman startup has been doing this for English books since 2012, and has raised over $30 million to date which includes its ~$19 million Series C that came in last year.

Mohammad Zatara, the founder and CEO of Faylasof thinks that a product like Wamda could do really well in the Middle East & North Africa.

“People here love condensed content. They like to consume quick bits and pieces and popularity of platforms like Snapchat and Twitter is proof of that. It’s the same thing when it comes to books. Not many have the time to read a 200-page book but would really like to read or listen to it in the form of small bits,” Mohammad said, speaking to MENAbytes.

It is still too early but the initial numbers suggest that Mohammad is perhaps right about it. The app that was launched last week has been trending as the number one app on PlayStore in Jordan. It has been downloaded over a thousand times already.

Wamda currently has over 3,000 titles available including Rework, The Power of Failure, Becoming Steven Jobs, and Rich Dad, Poor Dad.

Faylasof’s team currently selects summary of one book every day that is made available for free on the app. If the users want to read or listen to any other summary, they have to buy a subscription plan (that’s how Faylasof makes money with Wamda). The monthly subscription costs $4.99 and annual is being sold for $47.99.

Mohammad didn’t disclose the numbers but said that they’ve sold some subscriptions already.

Pitch your products for coverage in Just Launched: zubair [at] menabytes [dot] com.