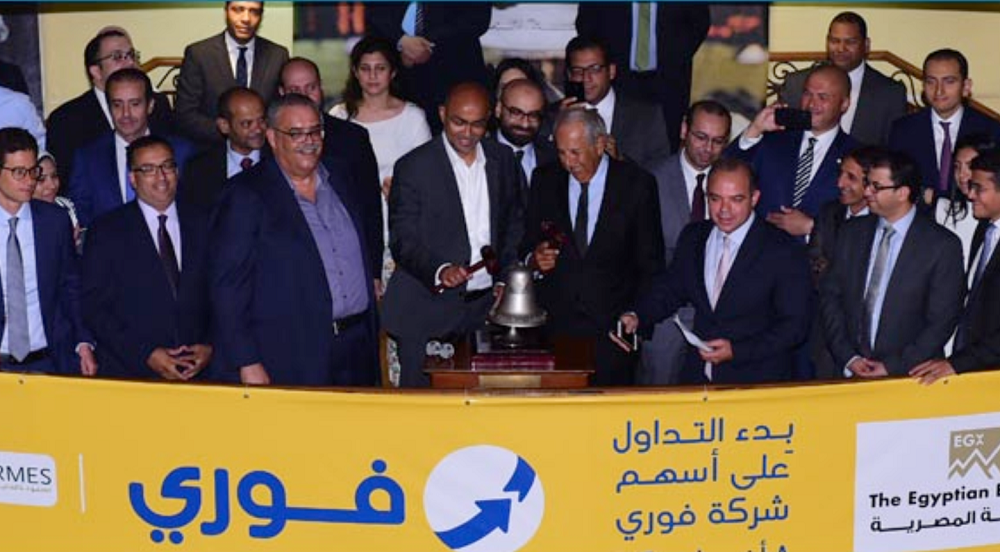 Eleven-year-old Egyptian electronic payments company Fawry, after months of hype, finally went public on The Egyptian Exchange (EGX) on Thursday in first Egyptian IPO of the year. The shares that were listed at the price of EGP 6.46 soared 31 percent to close at EGP 8.48  on the first day of trading, which gives the company a market cap close to EGP 6 billion or $366 million.

“The Egyptian Exchange’s (EGX) platform welcomed today Fawry for Banking Technology and Electronic Payment, newly listed company number 216, to its main market with a trading code FWRY.CA,” the Egyptian Exchange said in a statement on Thursday.

Fawry offered 36 percent (254.6 million) of its shares on The Egyptian Exchange to raise EGP 1.64 billion ($100 million). The offering was comprised of a secondary sale by Netherland Holding BV.

Founded in 2008 by Ashraf Sabry & Mohamed Okasha, Fawry offers over 250 electronic payment services through its network of over 100,000 service points across 300 cities in Egypt – that include ATMs, mobile wallets, retail shops, post offices, and little vendor kiosks.

The company also has its online payment gateway that allows online businesses to collect payments from their customers using different methods including cash, credit cards, and mobile wallet.

Ashraf Sabry, CEO of Fawry, in a statement, said that the commencement of trading on Fawry in EGX is an important step for growth and will definitely support its expansion plans.

Fawry was acquired by a consortium of three investors; Helios Investment Partners, MENA Long-Term Value Fund, and Egyptian-American Enterprise in 2015. The three investors had reportedly acquired 85 percent of the company at a valuation of $100 million.