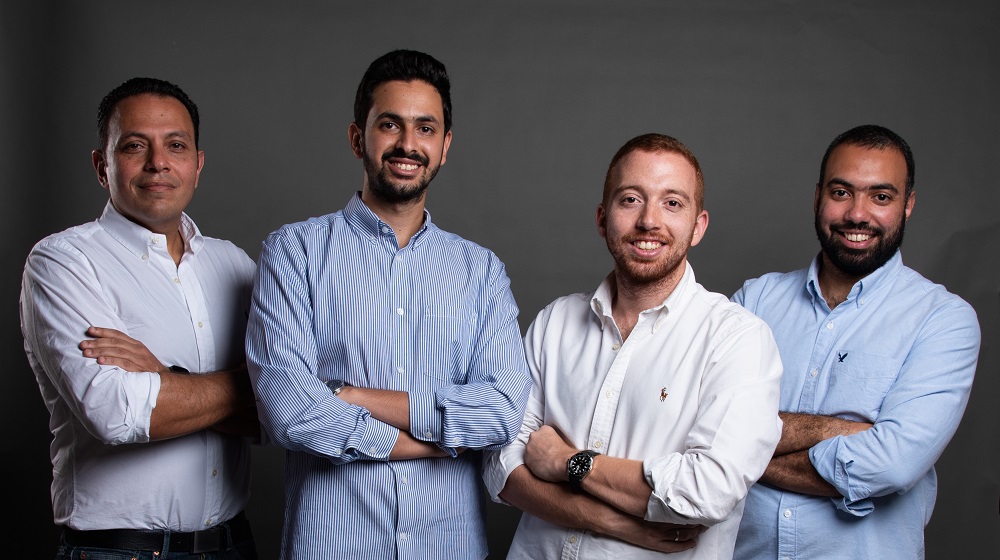 Cairo-based B2B ecommerce marketplace Fatura has raised seven-figure (USD) seed round led by Egyptian fintech-focused VC Disruptech, it announced in a statement today to MENAbytes, without disclosing the exact size of the investment. The round was also joined by other local investors including EFG EV & Cairo Angels. The

Founded in 2019 by Hossam Ali, Ahmed Anwar, AbdAllah Moheb El-Din, and (later joined by) Ahmed Al Bakary, Fatura connects ‘curated’ wholesalers in the Fast Moving Consumer Goods (FMCG) space with the retailers through its mobile application, enabling them to order the inventory for their stores. It claims to have over 1,500 SKUs on its platform.

The startup that aims to become the largest ‘e-wholesaler’ in Egypt & Africa says that it uses an asset-light model and that is what, it says, differentiates it from the other players operating in the market.

The statement by Fatura (link to their app – they don’t have a website) explained that it leverages the underutilized assets already owned by the wholesalers to resolve existing supply chain inefficiencies for all relevant stakeholders including retailers, wholesalers, and manufacturers.

To put it in simple words, Fatura has taken the marketplace route – using which it neither stores the inventory nor delivers it itself. It is apparently instead focused on getting the orders to existing wholesalers and have them ship these orders using their own fleet.

Hossam Ali, the co-founder and CEO of Fatura, who was previously a Management Consultant with McKinsey, explaining this, said, “Egypt has more than 5,000 wholesalers, investing heavily to build another one will not solve the existing inefficiencies at scale. This capital-intensive approach never made sense to us in light of the Egyptian market’s realities. Alternatively, we are on a mission to curate a network of 200-250 wholesalers across the country, digitally transform the way they work and enable them to collectively lead the FMCG distribution business nationally.”

The B2B ecommerce space has been heating up all around the region. Sary from Saudi, and Bazaar (also co-founded by a former McKinsey consultant) & Tajir from Pakistan are some of the players that have raised investments in the last three months or so. MaxAb, the Egyptian player that has been in the market for about two years and raised $6.2 million in region’s largest seed (at the time) is also in the process of closing another round.

But every player is trying to follow their own model. Some are controlling the inventory with their own warehouses and fulfillment and others (like Fatura) are using the marketplace

Fatura is also working to expand into lending solutions. In a statement, the startup said that is on its way to offer working capital loans to retailers that are part of its network. The startup did share a timeline of when they’ll start offering these loans but said that it is going the leverage the data derived from transactions to analyze retailers’ behavior and their creditworthiness.

“Around 60% of the current wholesale market in Egypt is through on-credit purchases. We will be the first player to unlock the opportunity of digitizing the lending cycle,” said Ahmed Anwar, Fatura’s co-founder and COO.

AbdAllah Moheb El-Din, the co-founder and CTO of Fatura, explaining that their offering also includes analytics and intelligence reports for the all the parties, said, “A major value of the platform is the market data analysis and the AI-enabled decision making based on it. We help FMCG manufacturers to make better data-driven decisions and provides unprecedented transparency on prices and stock levels to retailers to maximize their profits.”

Ahmed AlBakary, Fatura’s co-founder and non-executive chairman who  is the former CEO of Egypt’s largest biscuits company BiscoMisr and another leading FMCG player Massfood, said, “I have worked in the FMCG industry for more than 25 years in several markets, the challenge manufacturers face in markets where the wholesale channel represents more than 50% of the ACV distribution, is how to ensure excellence of execution. It was never easy to know how our products move across different layers of wholesale, at what cost and at what condition. Fatura is stepping up to regulate this chaos, which will improve efficiencies, turnover, and profitability for FMCG players.”

Mohamed Okasha, the founding partner of Disruptech, said, “We are excited to lead Fatura’s investment round and we firmly believe in the opportunity that lies in the digitization of the wholesale-retail relationship. Disruptech sees Fatura playing an essential role to transform the market and we are committed to helping Fatura achieve its mission.”