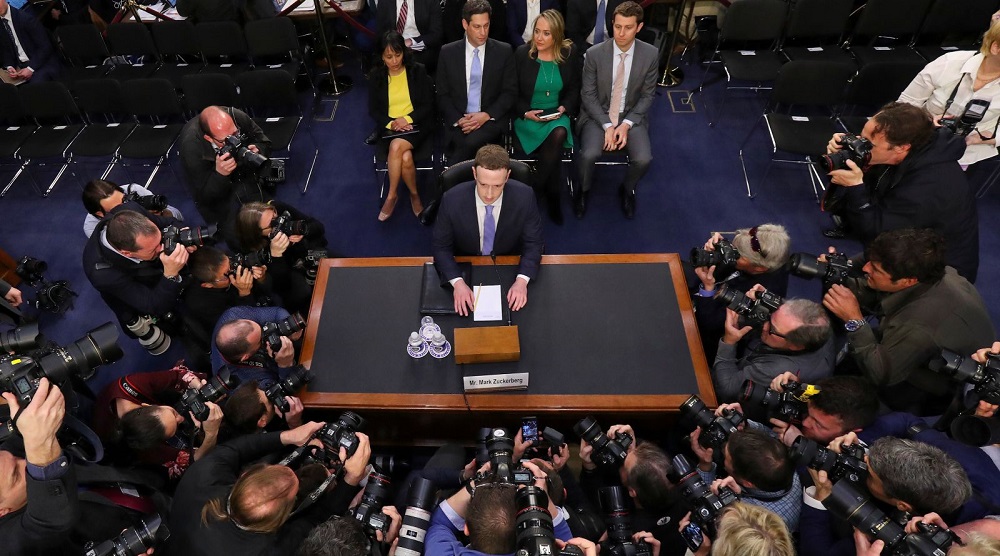 When Zuckerberg vs Congress started, I thought to myself that it would be a very interesting debate on something that is literally transforming the world we live in. My eyes and ears were peeled. Big data has been at the forefront of technological advancement and companies are chasing every opportunity to collect data. Like any product, collecting data may be used for good and may be used for bad and having a discussion around these circumstances can only be a productive start to shaping the future we live in. At least that’s what I thought. But after listening to a little more and observing the sensational media production coming out of it, I realized that this is just another political screenplay interrupting progress and obstructing productive criticism. Ironically, a lot of it was published on Facebook.

So here are my questions:

First, is the format of the ‘hearing’ fair? Questions are being asked with accusation and out of context and answers are only allowed to be 30 seconds long. It sounds more like a witch trial to me. Would Congress consider it fair if they were on the other side of the table?

Second, why is only Facebook in the room? Does Congress think there are no other businesses in the US collecting data who can sit with the lawmakers to ‘discuss’ this? I mean, Google maps has been tracking our every move!

Third, how many members of Congress does it take to ask the same questions? What if we brought in the same number of CITIZENS from all over the world to question the US Congress on the US government practices locally and internationally? Maybe we can focus the discussion on their international arms trade? Surely that is worthy of a hearing.

Fourth, do politicians always need a scandal to talk about something? Facebook was established in 2004 and its success became obvious in 2009 and in 2010 they had 500 million users. Let’s say that was not big enough. Were 1 billion users in 2012 not enough for US Congress to create legislation around data collection and sharing? Nah, at the time it was not sexy enough of a topic for elections.

So, clearly Congress’s archaic methods are not as good at ‘collecting and analyzing information’ as Facebook. If they were, they might actually pass some good legislation. Heck, they asked Zuckerberg how long it will take Facebook to investigate apps’ usage of data – remind me how long it takes to pass legislation or to resolve a court case again?

Bottom line, the whole affair lost its credibility the moment they moved from rational inquisition to accusation, interrogation and a demo of hypocrisy.

Now, if we were to move on to the actual issue and ignore the political charade, the interesting debate remains: how can user data be collected and used and who is responsible for whose actions?

Facebook has become such a large and influential platform that it is facing challenges never faced before. Facebook today has 2.2 billion active users. That is almost 30% of the WORLD population. THIRTY PERCENT OF THE WORLD. Imagine the amount of information shared and the number of languages in which it is shared. If there is an algorithmic genius out there that can figure out how to manage that data (maybe a member of the US Congress?), please make yourself seen. Otherwise, let the magnitude of the issue sink in.

At the moment, Facebook is being asked to regulate and police how people use its platform. If every organization were to police its users, then cigarette companies should shut themselves down and fast food chains should turn into unaffordable gourmet organic restaurants. Maybe even US Congress should stop proposing tomato paste as a vegetable serving in school meals. But we can all agree that public administration is done by public administration. Policing is done by police. Wise consumption (or in the case of Facebook the production of data), should be done by the consumer.

That doesn’t mean Facebook doesn’t have any responsibilities towards its users. How Facebook itself uses the data it collects itself is its responsibility. If it becomes apparent that Facebook has misused people’s data then that’s a different story for which they should be held accountable. Also, it certainly does need to create an infrastructure that protects individuals from the actions of their friends.

Facebook was indeed at fault when it allowed developers to extract information from friends of individuals who filled the survey; the actions of 300,000 people impacted 87 million people. Facebook has since created controls around that and what remains is to understand the magnitude of the breach that happened in 2015. That said, I received a notification on Facebook that my data was shared with Cambridge Analytica. In terms of the amount of data, it was my public profile, name and profile picture. This means technically anyone could have gotten that data by searching for names on the platform. So perhaps the biggest issue here is educating people on the extent of data they should make public or changing the default settings.

The other issue of how apps use the data collected on Facebook is a lot trickier to deal with. Suppose I filled out a survey on SurveyMonkey about myself and my friends and family. That data was misused. Whose fault is it? It certainly is the entity that published the survey and misused the data and not SurveyMonkey. Now obviously, the difference between a survey and Facebook data collection is that Facebook’s data collection method is not as obvious. Unless a user decides to take a personality test that tells them which Game of Thrones character they are, then zero sympathy there. In the case of less obvious data collection, the responsibility of data misuse becomes less clear; is it the platform that enables it or the entity that misused the data? It’s not an easy question to answer! Facebook has not done itself any favors by not clarifying how much data is being collected.

The same question applies to sharing fake information – is it the platform’s fault or the entity that published incorrect information? If someone was running up and down the street spreading rumors, I wouldn’t blame the municipality for spreading wrong information.

At the end of the day, for an organization as large as Facebook, their liabilities should be limited otherwise, they will be held accountable for anything from a person tripping while checking their Facebook on their phone to causing a war with Russia because they managed to play the system.

That said, we all know Facebook is not going anywhere and this debate is only meant to improve the status quo. It is possible that Facebook M&A activity may be put under scrutiny which is a fair regulatory move to counteract an emanating (if not, existing) monopoly. This should be good news for that genius member of Congress that has better ideas on how to manage big data.

Nermine Chatila
Guest Author at MENAbytes
An Indepdent Investment Consultant based in Dubai. She has worked in New York, Beirut and Dubai with the full spectrum of the entrepreneurship ecosystem including startups, accelerators, universities, policy makers and, investors. You can reach her on Twitter.