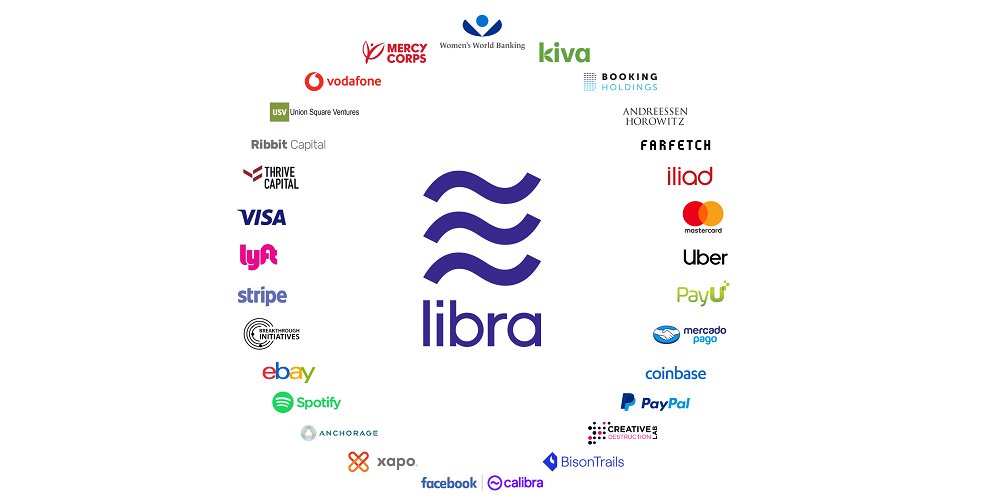 Facebook has finally confirmed its plans to launch a cryptocurrency called Libra. As the previous reports suggested, Libra won’t be controlled by Facebook alone. The cyptocurrency is being launched by Libra Association, a governing body (being established not-for-profit organization) that has 27 founding members to oversee Libra and its development. Facebook will be having one vote, just like the other members. Some of the founding members include Mastercard, Visa, PayPal, Booking Holdings, Uber, Lyft, Vodafone, and Andreessen Horowitz.

Libra according to a statement by Libra Association will be built on a “secure, scalable, and reliable blockchain” and unlike Bitcoin and other cryptocurrencies (that have become speculative assets); Libra will be stable and be backed by a reserve of assets designed to give it intrinsic value. The reserve will include bank deposits and short-term government securities of different stable international currencies (that have been stable) including US Dollar, Euro, British Pound, and Japanese Yen.

This means that people will be able to save their money in Libra and merchants will be able to accept payments without worrying about losing value as it will be largely stable.

“Mass-market usage of existing blockchains and cryptocurrencies has been hindered by their volatility and lack of scalability. Some projects have also aimed to disrupt the existing system and bypass regulation as opposed to innovating on compliance and regulatory fronts to improve the effectiveness of anti-money laundering,” Libra Association said in a statement.

“We believe that collaborating and innovating with the financial sector, including regulators and experts across a variety of industries, is the only way to ensure that a sustainable, secure, and trusted framework underpins this new system. And this approach can deliver a giant leap forward toward a lower-cost, more accessible, more connected global financial system.”

Libra, when launched, could be used for making both online and offline payments or transferring money to people (including cross-border transfers for a very small fee). Libra could be used on different mobile wallets including Facebook’s Calibra wallet (also announced today) that will be launched as a dedicated app but will also enable users to make payments and transfer money (Libra) using Facebook Messenger and WhatsApp.

According to Calibra’s website, the transaction activity of the users will be private and will never be posted publicly, “Calibra is a subsidiary of Facebook that has been set up to be separate to help protect your financial and account information.”