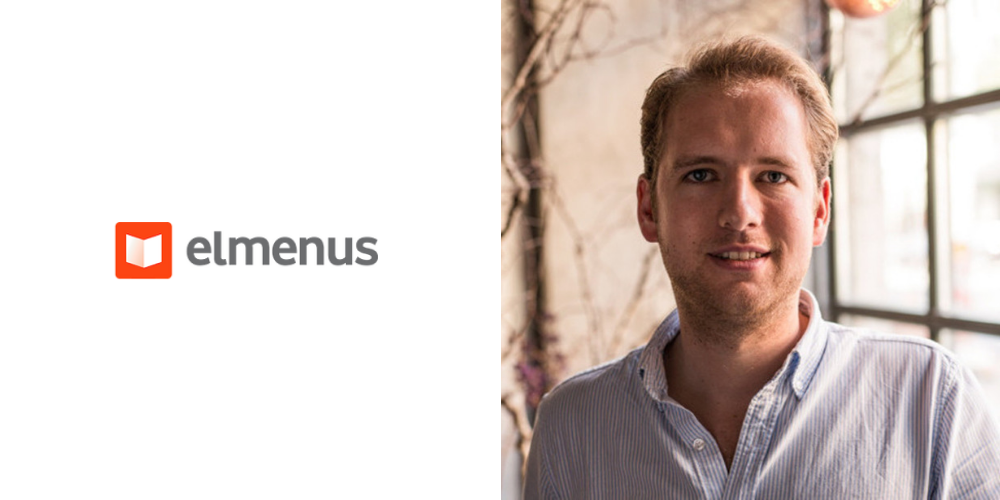 Cairo-based food discovery and ordering platform Elmenus has raised investment from Foodora’s co-founder and Delivery Hero’s former Vice President Julian Dames, the startup announced today in a statement to MENAbytes. The startup confirmed to MENAbytes that the investment is part of its ongoing Series B round without sharing further details. Julian after making the investment has also joined Elmenus’ board of advisors.

He was most recently serving DeliveryHero as Vice President for International Marketing before leaving the company in March earlier this year to pursue new opportunities. Prior to joining DeliveryHero (as a result of DeliveryHero’s acquisition of Foodora), Julian co-founded on-demand food delivery platform Foodora (backed by Rocket Internet) in 2015 (in Germany) and acted as Managing Director and Global CMO of the company even after its acquisition by Delivery Hero.

Founded in 2011 by Amir Allam, Elmenus had initially started as a food discovery platform but has recently launched food ordering as well.

“We’ve been around as a discovery platform for a couple of years and have over 1 million monthly users relying on us for their daily food decisions. It was the natural evolution for us and for the users on our platform. We want to enable them to order their food deliveries in an easier manner online, with the click of a button,” he had said, speaking to MENAbytes about the decision to launch food ordering, in a recent interview.

The startup claims to have built the most comprehensive platform for restaurant information in Egypt – with a focus on personalizing food recommendations using data it has already collected, and is optimizing, using AI.

The former DeliveryHero executive, commenting on his decision to invest in Elmenus, said, “Elmenus has a compelling position in the large Egyptian food delivery market. Their delivery order numbers in the first few months have been very impressive.”

“The mainly phone-based market is just on the verge of going online. As a native Egyptian player with well-established positioning as the consumer’s go-to platform, and with strong ties in the restaurant sector, elmenus will be able to focus on features that are relevant for the Egyptian user (from consumer to delivery rider to restaurants) which may prove advantageous against the global competitors,” he added.

Amir Allam, Elmenus co-founder and CEO, speaking about Julian joining the startup as an investor and advisor, said, “As Elmenus scales rapidly, Julian’s uniquely valuable experience and insights will help accelerate our growth and sharpen our focus as we grow. We’re obsessively personalising and enhancing users’ food experiences at scale. We’re very excited about working with Julian to take on the Egyptian food market; his bet on our vision is great validation for us.”

Julian who will be working closesly with Elmenus as the startup takes on Egypt’s online food ordering market also said he was convinced by the passionate Elmenus team and its founder, Amir, “The guys from elmenus have big plans for the future and I am really looking forward to working with them and sharing my experience.”

The Cairo-based startup has been attracting top-tier talent to its management team and has recently appointed Karim Ebeid, former Head of Growth for Glovo Egypt as its Head of Marketing; Mohamed Mossad, a former Strategy Consultant with Bain & Company as Chief Strategy Officer, and Mohamed Younis, an investment banker who was previously CEO of Renaissance Capital (Egypt) as its CFO.

Elmenus had raised $1.5 million in what was one of the largest Series A of the time in Egypt from countrys leading VC Algebra Ventures in June 2017.