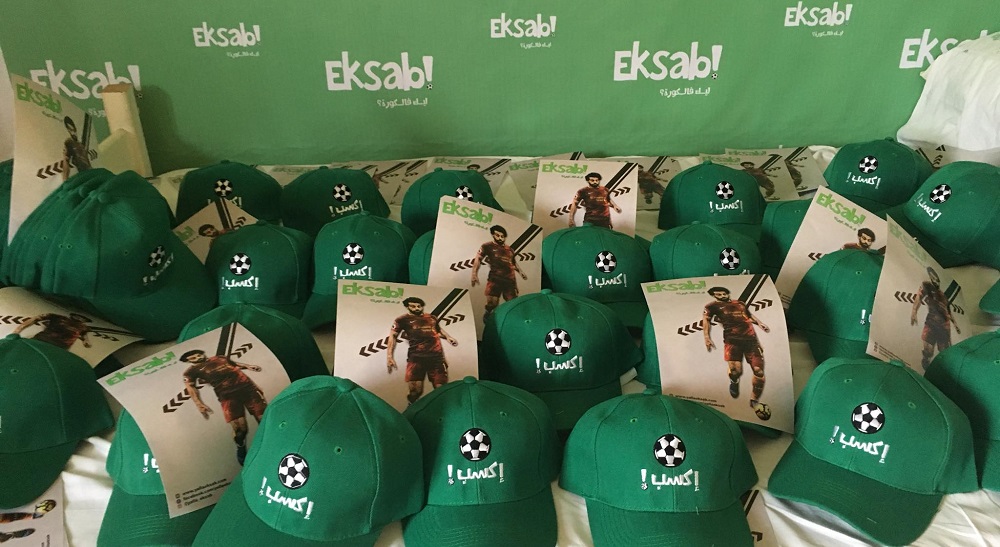 Eksab, a Cairo-based Daily Fantasy Sports (DFS) platform for MENA has raised six-figure seed funding from 500 Startups, the startup announced today without disclosing the exact size of the investment.

Founded in 2017 by Aly Mahmoud, Eksab (taking to a 404 at the time of writing – app here) claims to have already processed over five million predictions in its first year and now looks to capitalize on the African Cup of Nations, taking place in Egypt later this month. The tournament is being hosted in Egypt for the first time in more than a decade.

The startup basically through its app allows users to make predictions about live football games from around the world, collect points based on the accuracy of their predictions and then get rewarded with prizes. Eksab claims to have processed more than 5 million predictions already.

Eksab in a statement said that it is looking to tap into region’s love for football (with over 1 billion football fans across Middle East & Africa) with the goal to provide fun with exciting and engaging mobile games for football fans in the region.

Aly Mahmoud, the co-founder and CEO of Eksab, commented, “We live in a region that is obsessed with football. I remember going out to hand out flyers on the day that Egypt made it to the World Cup. People were fighting over Eksab flyers with the Egyptian team’s picture on them. It was an intense yet pivotal moment. We knew we had tapped into something special.”

“There has never been a more exciting time to be a football fan in the Middle-East and Africa than now. We plan to capitalize on increased attention, engagement and spending on football content in the region, and are very fortunate to be able to go on this journey with 500 Startups. It’s going to be quite busy, and this is all ramping up to the 2022 World Cup. The timing couldn’t be better for us to partner with one of the most notable investors worldwide,” he added.

Sharif El-Badawi, Partner at 500 Startups, commenting on the investment said that they had been following the sector for months and were impressed with what Eksab has been able to achieve so far, “Their team is very focused on the user-experience, talking to their users daily while iterating to deliver the most engaging platform possible. We believe we can add significant support to Eksab with our investment.”