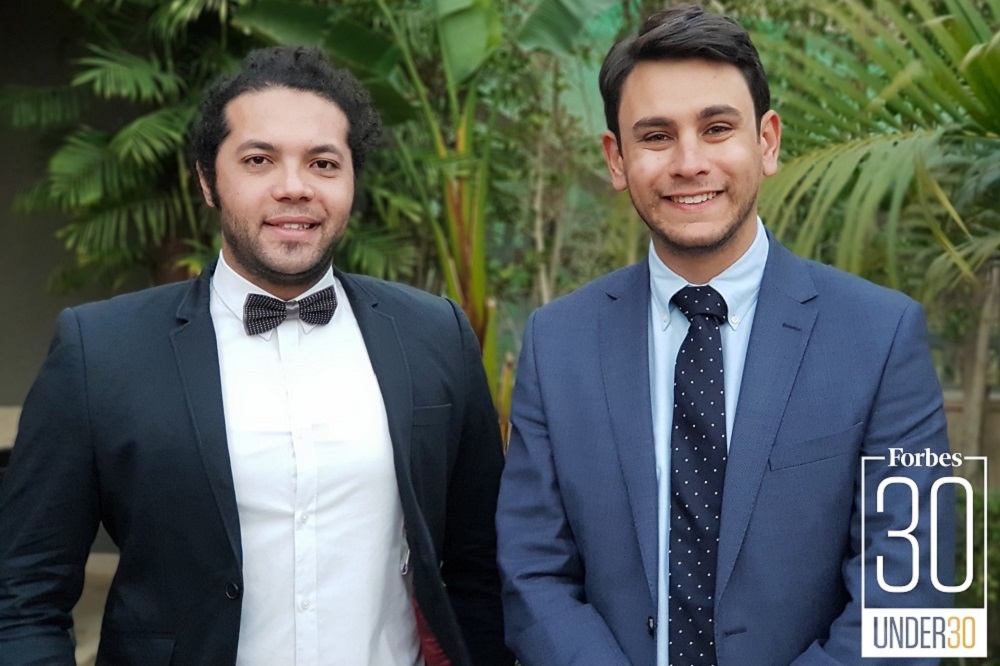 Mohamed Khairat and Mostafa Amin, founders of Egyptian Streets, one of the most popular online English news platform in Egypt, have been named in the Forbes’ 30 Under 30 Europe list for 2018 in the ‘Media & Marketing’ category.

They are the first Egyptians to make the list’s ‘Media and Marketing’ category. The selection was made by some of the most prominent names of the industry including Arianna Huffington, founder of Huff Post (formerly Huffington Post) and Thrive Global, Charlotte Moore, the Director of Content at the BBC, and Emilie Tabor and Maddie Raedts, the co-founders of IMA, one of the leading influencer marketing agencies.

Mohamed Khairat had founded Egyptian Streets as a blog five years ago when he was pursuing a degree in politics, media and communications at University of Melbourne. Mohamed was just 20 years old back then.

Later, the blog was turned into a media organization by Mohamed Khairat, Mostafa Amin and Assem Emam. And since then, they’ve never looked back. The platform currently receives over 500,000 visitors every month and has become a trusted source for news in and about Egypt.

“Amin and Khairat founded Egyptian Streets back in 2012, less than two years after the Arab Spring. The digital publication that strives to address challenging issues–such as sexual harassment and the Muslim Brotherhood–from local perspectives by engaging the community. The publication sky-rocketed to success; it is one of Egypt’s most widely read English news platforms with a lifetime readership of about six million people.” Forbes wrote about the two.

Speaking about the honor, Mohamed Khairat told MENAbytes: “Being nominated in the first place was amazing and we never imagined we’d make it into the top 30 in the media and marketing category. It’s an amazing opportunity and we are very grateful for the honor.”

Mostafa Amin, the founder and CEO of Egyptian Streets who has also founded some other startups including Breadfast also spoke to us and said: “Egyptian Streets has been successful because it focuses on engaging with the community. We work with people from all industries and all walks of life in an attempt to create stories that matter to our readers. We are also open to contributions from everyone, regardless of their background or skills, which has allowed us to have coverage of a diverse amount of stories.”

Speaking about the future plans, the duo told us that currently their entire focus is on the Egyptian market but once they reach the level where they feel that they’re offering the best quality in Egyptian market, they may think about expansion.

Egyptian Streets is one of those rare platforms that has maintained great quality of content consistently at a time when most of what we see on internet is clickbait. A very well-deserved honor for the men who’ve made it possible.