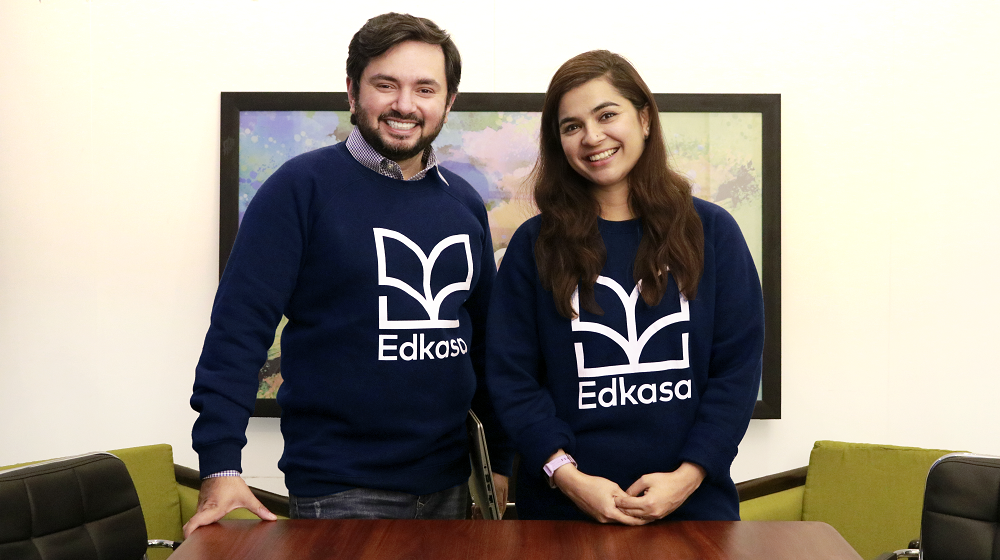 Lahore-based edtech Edkasa has raised $320,000 in pre-seed funding led by i2i Ventures, it told MENAbytes today. The round was closed a few months ago but has been announced today. It also includes the participation of Walled City Co, Zayn Capital, and ‘strategic angel investors’ from Southeast Asia. Edkasa has also announced the launch of its exam preparation app for high school (matric and intermediate) students, which went live on Google Play Store earlier this week.

The company was started by Fahad Tanveer and Annum Sadiq, a husband and wife duo, after the realization that half of the student population that reaches high schools in Pakistan does not do well in their standardized tests and exams. They started Edkasa to fix this, “We empathize with the fact that parents, teachers, schools, and society at large have a lot of resources, time and effort vested in high-school students. We want to see students get top marks, continue their higher education, and increase our country’s knowledge-based economy,” stated Annum who leads education delivery at Edkasa.

The two started Edkasa in 2017 with low fidelity extremely focused products (including a YouTube channel) to learn how students engage with them, “We set goals on what success would look like and when we knew enough to aggressively go after our dream of helping millions of high schools students prepare and do well on their exams,” explained Fahad, the CEO of Edkasa.

They started building the tech last year and the first product is the exam prep app. Even without having a tech product, Edkasa was able to reach tens of thousands of students and work with over 40 schools directly, building a profitable business in the process. With their app, they’re now hoping to reach millions of students in Pakistan.

The mobile app is available for Android and helps high school students (Grade 9, 10, 11, and 12) prepare for their standardized Board of Intermediate and Secondary Education (BISE) exams. It covers all the twenty exam boards of the country. So, Edkasa is essentially offering a digital alternative to private tuitions that the students usually rely on to do well in these exams.

The app has over 4,500 pieces of video content, covering all the topics for Physics, Chemistry, Maths, Biology, and English Grammar. The videos feature ‘top qualified teachers’ explaining different concepts from these subjects (mainly in Urdu). Each video comes with a multiple-choice-questions quiz that the students can take to practice and get instant feedback on their performance. To gamify the experience, Edkasa also plans to add leaderboards that will list the top performers for different subjects. The app has a total of over 15,000 questions that have been developed by Edkasa’s educators using past papers.

We’ve had the chance to play with the app before its launch and it’s very well made (and easy-to-use). The students are asked to select their grade, exam type, group, and board. They’re then presented with a short quiz that helps Edkasa assess their learning level and optimize the feed of videos for them (it doesn’t seem like the feed is optimized on the basis of videos at the moment so that is probably work-in-progress). After taking the quiz, the students can start watching the video lessons.

A large part of videos and quizzes available on the app can be accessed for free but for full access, students have two options; an Exam Pack that allows them to access all the subjects available on the app for PKR 3,599 per month and a Single Subject package that enables students to access everything from one specific subject for PKR 899 per month.

Annum in her conversation with MENAbytes claimed that this pricing makes them significantly cheaper than established academies and coaching centers. She also said that many students and parents have already shown their willingness to purchase Edkasa subscriptions even before the launch of the app.

Kalsoom Lakhani, the co-founder and General Partner of i2i Ventures, explaining why they decided to invest in Edkasa, said, “We’ve known Annum and Fahad since Edkasa was a part of the i2i Accelerator, and they are exactly the kind of founders we like to back at i2i Ventures — focused on solving a large problem in a thoughtful and innovative way, learning from their large student user base which has informed the design of their new app.”

“We are bullish about the edtech opportunity in Pakistan, especially in the exam prep space, highlighted by the impact of the pandemic on shifting students into online learning and validated by the growth of edtech in neighboring markets like India and Indonesia,” she added.

The edtech space in Pakistan is quickly evolving. Edkasa is one of the many local and regional players aiming to bring millions of Pakistani students to their platform. Speaking about what makes them different, Fahad stated, “Our students are engaged with our work and keep coming back to us because we believe in building with them rather than for them. As educators, we believe in using a growth mindset to encourage students to learn and not be afraid of making mistakes. For example, while giving feedback on grades we make sure students feel encouraged and humanize the learning experience as education is a relationship.”