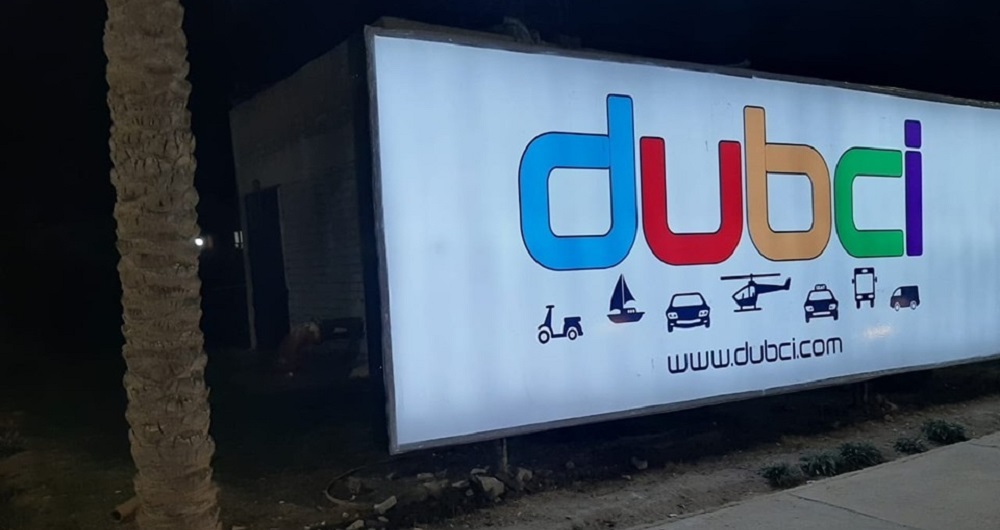 Dubci, a new Egyptian ride-hailing company is set to launch its services in the country next month, different local media publications have reported. The company has been a hot topic of discussion on social media for its interesting choice of logo, alleged links with armed forces of Egypt which have been denied by both the parties and few other things, for weeks now.

We don’t have too many details but if the icons on Dubci’s website and its billboards (yes, they’ve already installed some in Cairo) are to be believed, the company will be launching car, bike, boat, bus, mini-bus, and even helicopter ride-hailing services. There’s no official confirmation on that though.

Some previous reports suggested that Dubci will be led by a former Egyptian armed forces spokesperson named Mohamed Samir but he has denied this saying that he will be responsible for company’s human resources. Dubci’s website doesn’t have any details about the founding members of the company.

According to media reports, Dubci will equip the cars with free internet for both riders and drivers and will also install security cameras in them for safety of the riders.

Egypt is a very big market for ride-hailing but almost all the car ride-hailing companies except Uber and Careem that have entered the market including well-funded Ousta and leading European player Taxify (now known as Bolt) have had to shut down eventually.

The country, however, remains the home to app-based mass transit company Swvl that has become a VC darling attracting over $80 million in funding in the last two years. Halan is another local startup in the ride-hailing and logistics sector that is apparently doing well and is currently raising a significantly large round.

With Uber and Careem set to merge (unless Egyptian Competition Authority puts brakes on their merger in the country), the Egyptian market definitely needs more players in the space but with all this controversy around yet-to-be-launched Dubci, we’re not sure if they could be a serious contender.