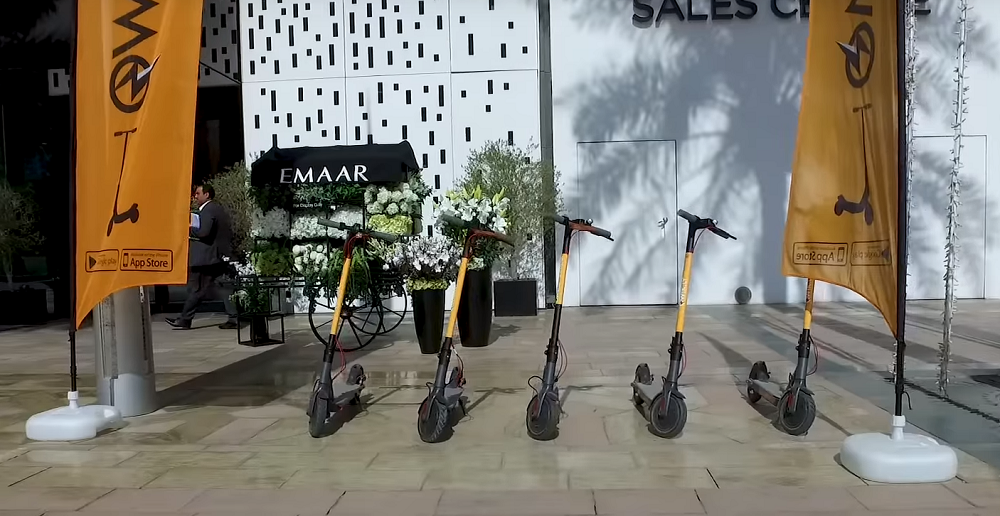 Dubai’s transportation regulator Roads & Transport Authority (RTA) has banned electric scooters in the city, Gulf News reported yesterday, adding that the move is intended to introduce new laws that will govern this form of transport after RTA studies the technology and reduces the threat to pedestrians.

According to the report, RTA had circulated a notice last month saying that the electric scooters will be banned from sidewalks until the completion of a study by the regulator and “presence of legislative frameworks that protect the users of the road,”

The regulator explained that the use of that the use of electric scooters on roads or sidewalks is very dangerous due to the lack of dedicated paths and that is why they’re banning the technology until they complete the study and form new regulations.

Gulf News estimates that move could put plans of nine companies in doubt that either had their electric scooters in Dubai or were planning to launch them soon.

Sean Fuller, General Manager UAE for Qwqikly, a California based electric scooter startup that had launched its services in Dubai late last year, speaking to MENAbytes confirmed that they have halted their services as per RTA guidelines and are working in close coordination and guidance of the regulator for developing regulations.

“Qwikly supports the RTA’s need to research the impact of eScooters on Dubai. Safety of users and pedestrians is paramount to both Qwikly and the RTA. We look forward to getting eScooters back in town in the near future,” said Sean Fuller.

According to Gulf News, some other startups operating in the space that plan to expand to Dubai are also in constant contact with the city authorities.