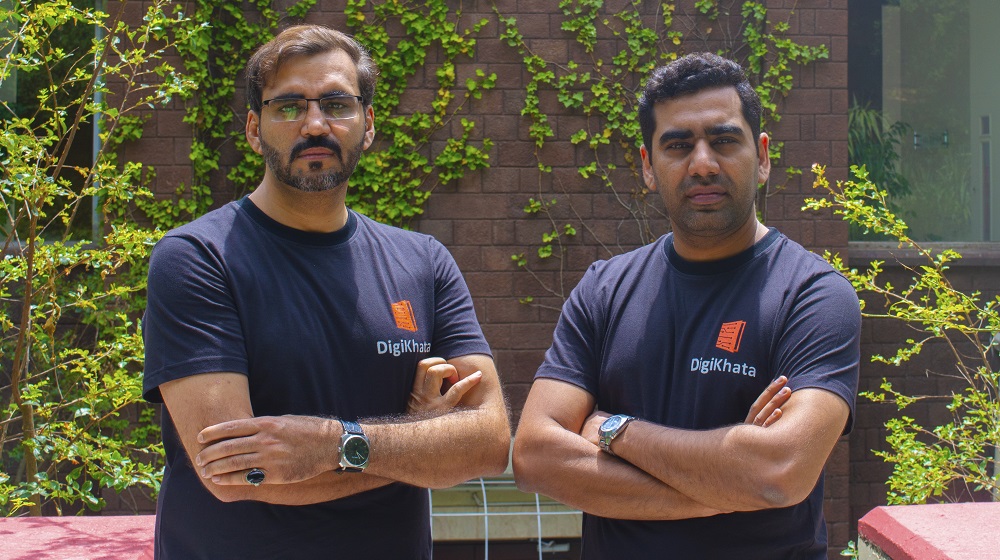 Faisalabad-based fintech DigiKhata has raised $2 million in a seed round, it announced in a statement today. The round was led by Chinese VC MSA Capital, and joined by Shorooq Partners, SOSV, +92 Ventures, and some angel investors.

Founded in 2020 by Adnan Aslam, DigiKhata enables micro and small businesses to manage their bookkeeping using its web and mobile app. The app replaces offline registers and diaries and helps merchants digitize their bookkeeping by recording financial transactions digitally. It also sends automated reminders to their customers for (due) payments, helping merchants recover debts.

The first user of the app was Adnan’s father who runs a wholesale business in Faisalabad. It claims to have grown the number of registered businesses to over 1 million since then. DigiKhata declined to share the details about their active userbase but told us that their retention numbers are excellent. Once a user has a large number of transactions recorded on the platform, it becomes difficult for them to switch to alternatives, said the startup, adding that in 2020 alone, its userbase has recorded over $1 billion worth of transactions on its platform.

“The MSME sector contributes significantly to the Pakistani economy in terms of GDP, exports and employment. If empowered with the right tools and resources, their value addition to the economy can grow manifolds. With this round of funding, we are looking to scale our team and continue building world-class utility solutions to help these MSMEs generate real economic value and grow,” noted DigiKhata’s founder and CEO in a statement.

Prior to starting DigiKhata, Adnan led finance and accounting functions at different companies in Pakistan, United Arab Emirates, and Africa. He’s a chartered accountant by profession and bootstrapped the business before raising this round, with his savings.

The startup has recently also launched its second product, DigiDokaan, a mobile app that helps MSMEs build and launch their online stores. Since going live three months ago, DigiDokaan has helped users set up 50,000 stores, claimed the startup.

On all fronts, DigiKhata faces competition from multiple players. In the digital ledger space, the local alternatives include CreditBook, Bazaar’s Easy Khata, and Uhdaar, and for building stores, there are options like Dukan and Chikoo. Adnan termed competition good for business, “It keeps you on your toes. We’re focused on serving our userbase by building the best-in-class products.”

Speaking about monetization plans, he said he believes in partnerships, “What we’re building is the largest network of MSMEs in Pakistan. We already have a lot of inbound interest from multiple organizations that want to offer different types of products and services to our userbase. We’re looking at all our options carefully.”

A representative of MSA Capital, said, “MSMEs represent the largest transactional sector in Pakistan and DigiKhata are building a critical set of tools to significantly enhance their efficiency and scalability. The team’s executional excellence has allowed them to amass the largest user base of any such platform domestically and their vision will enable the introduction of a steady pipeline of new products and monetization strategies.”

Shane Shin Founding Partner of Shorooq Partners, commented, “We are seeing a global trend to bring MSME’s online and empower them digitally and DigiKhata is at the forefront of this movement. As Founder’s Partners, we are excited to work with Digikhata and look forward to leveraging our strong regional network to support Adnan and the team’s expansion across the GCC and broader MENA region.”