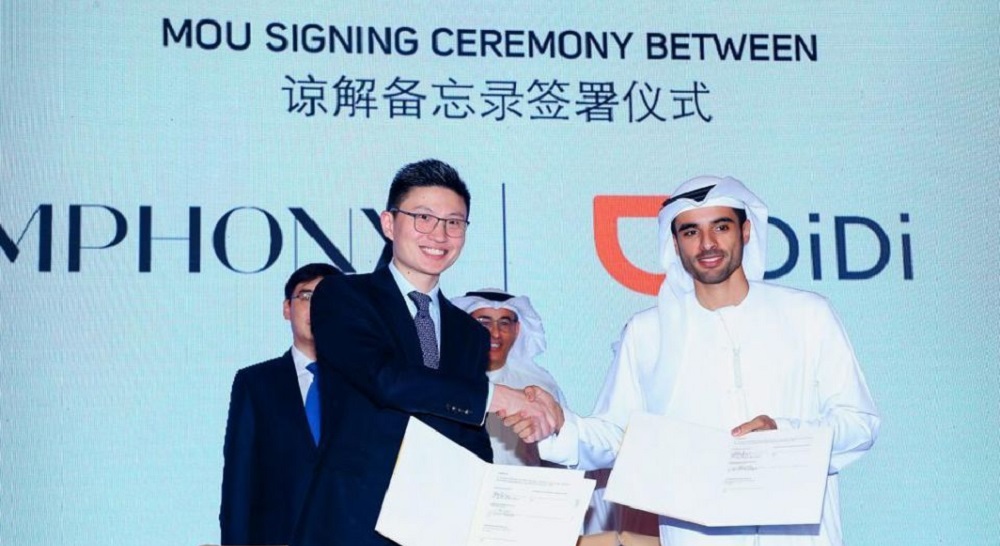 Chinese ride-hailing company Didi Chuxing has signed an agreement with Symphony Investment and few other Middle Eastern investment institutions to establish a partnership for MENA and China to develop internet business ecosystem in Middle East, the two companies announced yesterday.

According to the statement, a joint venture between all the participating parties will be set up to promote sharing economy and consumer services in the region. The joint venture, per statement, will be headquartered in Abu Dhabi.

Mubadala Investment Company that is an investor in Didi Chuxing is evaluating joining this consortium of investors to help Didi expand in the region, said the statement.

Didi reportedly was valued at $56 billion when it raised $4 billion in late 2017. According to publicly available data, Didi has raised over $20 billion to date.

“The investment institutions will actively partner up with leading Chinese technology companies to leverage their respective strengths, facilitate resource sharing and bring new technology and operational advantages to stimulate economic growth in the region,” the statement noted.

Symphony Investment apparently is part of Mohamed Alabbar’s Emaar Enterprises and has previously established a joint venture with leading online luxury retailer Yoox Net-A-Porter Group (YNAG) as well. According to the statement, Symphony is funded by a group of leading multinational companies in the Middle East.

Didi Chuxing that has been slowly expanding its global footprint and has launched its ride-hailing services in Mexico, Australia, Japan (through a joint venture with SoftBank), and Brazil (by acquiring local ride-hailing company 99) in the last eighteen months. The Chinese company that had made a strategic investment in Careem in 2017 is also an investor in Lyft, Ola, Grab, and Bolt (prev. Taxify).

With Uber acquiring Careem, the region definitely needs a new player in the market, be it Didi or someone else. The ambiguity of this statement, however, suggests that we won’t be hailing cars and taxis using a Chinese app in MENA anytime soon.

Update – 6:45 AM GMT – The story was updated with some more details after receiving the statement from two companies.