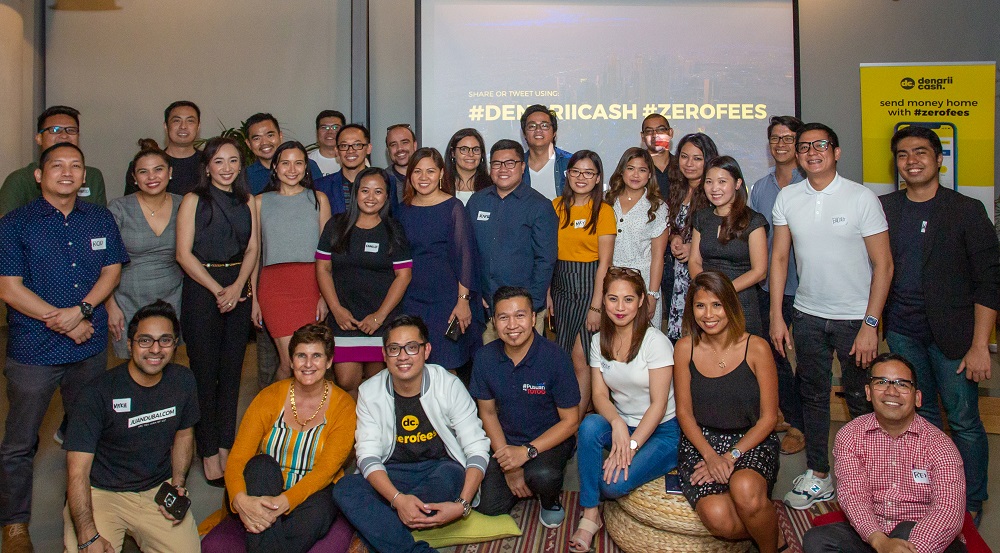 Denarii Cash, a Dubai-based money transfer app for Filipino expatriates in the United Arab Emirates has been experiencing a big surge in new signups and transactions as people are restricted to stay indoors due to Covid-19, the startup announced in a statement to MENAbytes today.

The startup claimed that it saw a 500 percent month-over-month increase in total transactions in the form of money transfers and bill payments in Philippines. Denarii Cash also said that the users, on average, transferred double the amount of money they normally do as their families in the Philippines are also placed under enhanced community quarantine.

Founded in 2018 by Jon Santillan, Denarii Cash in addition to its money transfer service, also allows users to pay different bills for themselves or their families, in Philippines. The money transfer service enables individuals to transfer money to bank accounts or for cash pick-up in Philippines. The users add money to their Denarii Cash account using online bank transfers, credit card, and MBME Kiosk.

It is now expanding its network to five new countries including Pakistan, India, Malaysia, Indonesia, and Bangladesh. The expatriates from these countries will be able to use Denarii Cash to transfer money using its digital app starting next week. Denarii Cash already has some users on its waitlist who would like to use the service for new markets. The startup also said that it is working to further expand its footprint to more markets in the next few months.

To support their growth and expansion, Denarii Cash has expanded its operations and opened its new office in Abu Dhabi as part of the Hub71 community.

Jon Santillan, founder and CEO of Denarii Cash, said, “We are fueling unprecedented growth in the number of Filipino expats realizing the value of the app and using our online services, of which we are proud. Denarii Cash is known to have the highest conversion rate and lowest transaction fees in the market. Due to the pandemic, we have launched zero fees for front liners, reduced cost per acquisition fees by 85%, offered one hour of zero fees and cashback to any user to support the community during this time.”

Denarii Cash’s waitlist of users for the platform has grown to 1.1 million, it added in the statement. Jon, speaking to MENAbytes said that they are in the process of activating new users, “Our priority right now would be the Filipino users and next would be those in the new corridors we’re opening up to.”

TransferWise, the London-headquartered fintech that’s known for its digital cross-border money transfer service around the world recently expanded to the Middle East & North Africa with its UAE launch but Jon is not too worried about them.

“We look to respect what Transferwise has accomplished in our industry. It’s great to have more competition that will cater to the needs of the market. At the same time, we believe that we have a unique offering that the market will find attractive. Being in the region for a couple of years, our advantage would be our deep understanding of the users rather than just the remittance business itself. I’m sure our users can attest that from the onboarding until their recipients get the money, Denarii Cash is always available to assist them.” he said, speaking to MENAbytes.

“Our customer service team promptly addresses their concerns. We also have more than 10,000 partners in the Philippines where the recipients can get the money from since 70% of the population is unbanked. Aside from money transfer, Denarii Cash also has other services to empower expats to do more such as bills payment and sending mobile load to their loved ones. In any case, it’s a big market and there’s plenty of room for both companies to success. At the end of the day, users will have more options and it’s up for them to decide which one would give them the most value.” the founder and CEO of Denarii Cash added.