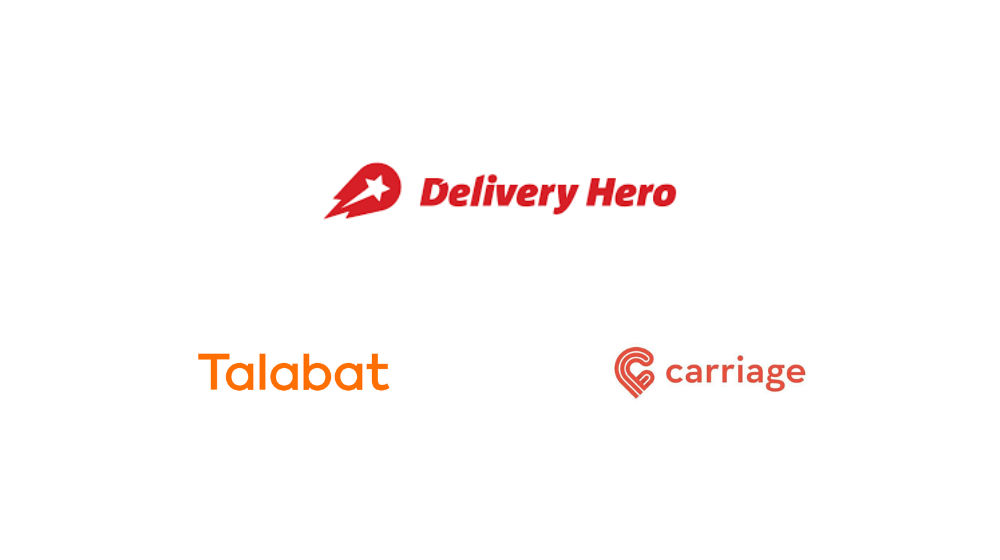 Delivery Hero is making some big changes in the GCC. The Berlin-headquartered group that operates different companies and brands has decided to integrate its operations across all its markets in the Gulf, with Carriage gradually getting absorbed by Talabat and other Delivery Hero brands in the region, the German company confirmed in a statement to MENAbytes.

“The customers can continue to place orders from restaurant partners through the Carriage app as normal. This was purely a business decision, and we would like to thank Carriage employees for their hard work and commitment,” noted the statement.

“For us as a business, consolidating talent, knowledge and resources under Talabat, was a logical next step. It gives us the ability to be more agile as well as further invest in strengthening our customer experience for one of the most popular brands in the region,” it added.

In all of its markets, Carriage’s operations will be absorbed by Talabat and except Saudi, Talabat will be the only Delivery Hero brand serving these markets. In Saudi, HungerStation, which is the leading food delivery brand will continue to serve, we’ve learned.

Carriage that was started in Kuwait by a group of four entrepreneurs in early 2016 was acquired by Delivery Hero in May 2017 for $100 million. Unlike other food delivery companies of the time, Carriage had built its own fleet and quickly captured a large market share, first in Kuwait and then some other countries in GCC. After the acquisition, Carriage had entered Egypt as well last year but shut down its operations there just five months after launching them.

The sources close to the company have told MENAbytes that Carriage will continue to function as a consumer brand but its app will be powered by Talabat’s backend. The process, we’ve learned, will take place gradually and the timeline would vary from market to market.

Even though we’ve learned that Delivery Hero has no plans to kill Carriage the brand, we wouldn’t be surprised if they do it a few months down the line (with Talabat absorbing Carriage’s app as well).

What this decision by Delivery Hero effectively means is that Carriage the company that had its dedicated team and used to operate in Kuwait, United Arab Emirates, Saudi Arabia, Bahrain, and Qatar, will be absorbed by Talabat.

The restaurant partners of Carriage will be migrated to Talabat (if they were not already working with them). Employees of Carriage will take the biggest hit as we’re learning that Delivery Hero will be laying them off in large numbers.

We have learned (but could not confirm) that Carriage currently has over 1,000 employees including the in-house drivers. The sources close to the company have told us that the number of employees that are being laid off is less than 50 percent of Carriage’s total workforce.

The drivers working for Carriage (those who are working under company’s sponsorship and those who are contracted through third-party logistics providers), according to our sources, will be retained by Delivery Hero across all the markets.

Carriage’s CEO Bader AlAjeel commenting on the occasion (in a statement provided to MENAbytes), said, “This decision was beyond us, however, what I can say is that it has been a great journey. We have grown from strength to strength across all operational markets, led on new innovations and built a strong foundation for Delivery Hero brands to drive the future of the food delivery industry.

“We have built a great product, an intuitive app and I am really proud of everything we have built. To name just a few things: Carriage Black, onboarding over 1000 partners monthly, and launching new global products. I am sure I will see a lot of Carriage DNA across all DH brands in the region,” he added.

It is not immediately clear if Bader is staying with Delivery Hero or leaving the company.

Delivery Hero late last year had appointed a former Grab executive Tomaso Rodriguez as CEO of Talabat who after this change will effectively be leading Delivery Hero’s food delivery business all across GCC (with Saudi being the only exception where HungerStation will continue to operate) and apparently Egypt as well (as Otlob’s MD for now, we’ve learned, is reporting to him).

Update – Jan 23, 2019 – 11 AM GMT: A part of the quote of Carriage’s CEO (“This decision was beyond us, however, what I can say is that”) was added. It was missing from the English translation of the statement that Delivery Hero had provided to MENAbytes initially but they reached out with the complete quote which has now been updated.