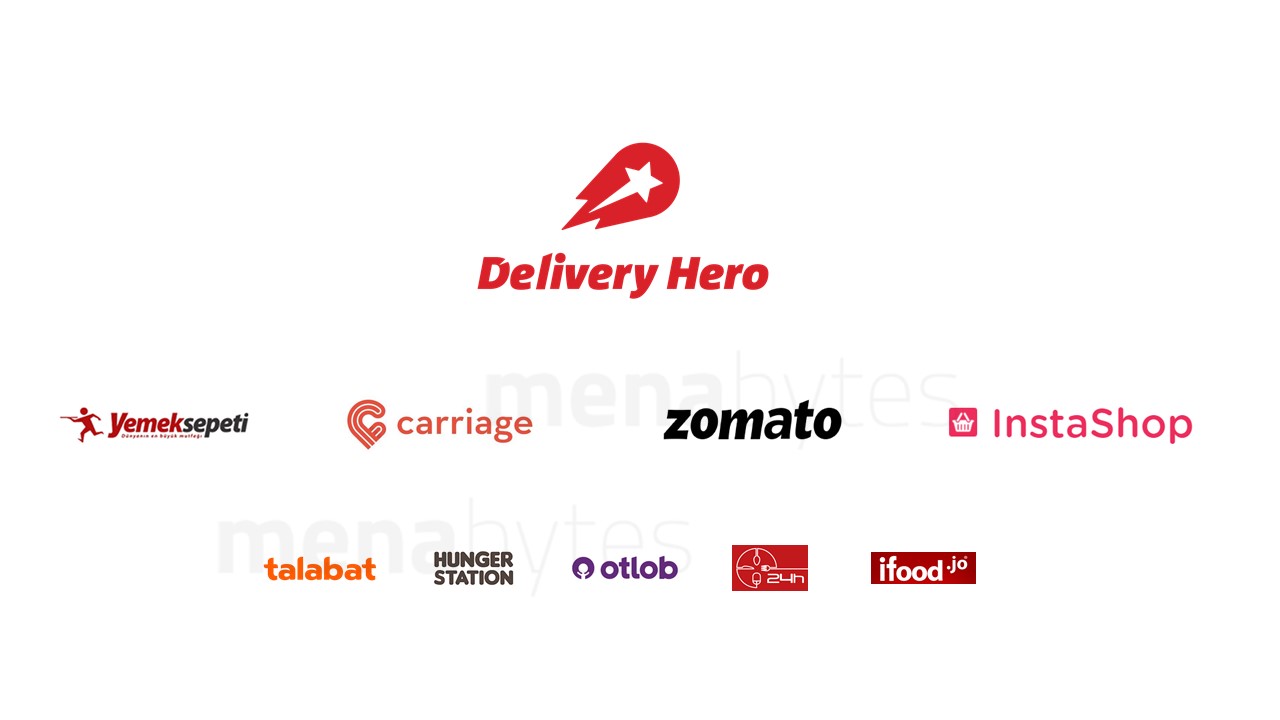 Berlin-based global food (and grocery) delivery giant Delivery Hero is one of the biggest technology companies with local operations all across the Middle East. It earned close to $800 million in revenue from the Middle East, North Africa, and Turkey in 2019 after witnessing an increase of 126 percent from the year before. This was almost half of company’s total revenue from its operations across the world.

In 2020, it has brought in $725 million in the first nine months alone in spite of the challenges the company faced due to lockdowns all across the region in the second quarter – which suggests that its Middle Eastern business could very well hit the billion-dollar annual revenue mark for the first time this year.

The company currently has a market cap of close to $25 billion and looking at company’s revenue, its MENA business is responsible for at least one-third of it.

What’s even more important is that the Middle East is the only region where Delivery Hero has been able to have a positive EBITDA for two straight years – in 2017 and 2018 – $24 million and $18 million. The Middle East business would’ve had a positive EBITDA of $70 million in 2019 as well but as the company invested heavily in dark stores and kitchens in the region, it was negative $22 million.

There’s one thing at the heart of Delivery Hero’s rise in the Middle East (and to some extent in other parts of the world as well): acquisitions.

The German company has spent over $1.2 billion in the Middle East – from 2015 to 2020 – which makes it one the biggest acquirer of technology startups in the region. There have been a handful of $100 million exits in the region and Delivery Hero has been directly involved in four of them.

Yemeksepeti had started in 2000 (which makes it one of the first food ordering platforms of the region) and was present in Turkey, United Arab Emirates, Saudi Arabia, Lebanon, Oman, Qatar, and Jordan. In GCC & Lebanon and in Jordan, it had acquired majority stake in a local player called ifood.jo.

At the time of the acquisition, it was processing over 3 million per month and was a profitable business. It had raised over $44 million in total funding with General Atlantic, Endeavor Catalyst, and MENA Venture Investments as its investors.

Yemeksepeti continues to exist as Delivery Hero’s only company in Turkey and is one of its leading food delivery brands. Its founder Nevzat Aydin continues to lead the business in the country to date.

Kuwaiti food delivery startup Carriage was acquired by Delivery Hero just before the German company went public in June 2017. Carriage was founded just fourteen months before its acquisition by Delivery Hero. At the time, Delivery Hero was operating in Kuwait through Talabat but was quickly losing market to Carriage. As the young Kuwaiti startup had its own fleet, it was able to offer both food ordering and delivery solutions to restaurants. Talabat, the Delivery Hero subsidiary, at the time, only offered online food ordering solutions to restaurants and they had to deliver the food themselves.

MENAbytes citing information from the company’s financial filings had reported that a few months after the acquisition that Delivery Hero had paid $100 million for the purchase of Carriage which is a pretty big amount for a startup founded just fourteen months ago. But it seems that the founder(s) had received additional earnouts up to $100 million afterward. We could not confirm it but if that happened, the total acquisition price was about $200.

Carriage at the time was operating in Kuwait, the United Arab Emirates, and Bahrain. Its main market though was Kuwait and that’s where most of its revenue was coming from.

Delivery Hero was apparently interested in Carriage (and was willing to pay such a price) primarily because it was losing Kuwait, one of its most important markets in the Middle East to it. After the acquisition, its 2018 revenue in Kuwait was $110 million. We don’t know how much Carriage contributed to it but if it had continued to operate independently, it would’ve definitely had an impact on Delivery Hero’s numbers in Kuwait.

The Kuwaiti startup had never publicly announced any funding round and according to what’s available online, it had started with $1.3 million of capital invested by its founders.

Carriage after the acquisition by Delivery Hero continued to operate independently and was expanding across its existing and some new markets as well but its operations were absorbed by Talabat earlier this year in a consolidation move by Delivery Hero.

The company at the time had said that the acquisition of Zomato’s UAE business will add 1.2 million monthly orders and $2 million in monthly revenue to its business in the Middle East & North Africa which will strengthen its leadership position in the country.

Delivery Hero has been gradually consolidating its operations under Talabat as its main brand across the region (except Saudi) which saw Carriage and Otlob fade away but Zomato’s business is still being operated with its own brand in the UAE.

Delivery Hero has been delivering groceries almost all around the region for over a year now. Dark stores have been a big part of its strategy in the Middle East & North Africa since the start of 2019. And with the acquisition of InstaShop that has been present in Qatar, Egypt, and Bahrain, in addition to its home market of the United Arab Emirates, Delivery Hero is hoping to replicate the success of food delivery in groceries by eating up the competition.

InstaShop, founded in 2015, is an on-demand grocery delivery marketplace that connects customers with grocery stores to facilitate the purchase – where stores themselves handle the logistics. Delivery Hero has allowed InstaShop to operate as an independent brand under its current leadership – who have an earnout of $90 million attached to their performance. The $360 million price tag includes $270 million as initial price and the rest in earnouts.

Delivery Hero will use InstaShop to fuel the growth of its quick commerce in the region (and beyond). It is very likely that a large number of orders placed through InstaShop in the future will be fulfilled by Delivery Hero’s dark stores – which could mean better margins for the business. InstaShop is EBITDA positive and has an annualized GMV of $300 million (on the basis of its 2020 Q2 numbers) – which is a 330 percent increase on a year-on-year basis.

The deal resulted in brilliant returns for its investors Jabbar Internet Group and VentureFriends as the company had raised between $7 to $10 million only before getting acquired by Delivery Hero.

The terms of Foodpanda and HungerStation’s deal were not disclosed but many in the industry believe that the company was sold for a baragin. Ebrahim Al-Jassim, the founder of HungerStation, however, was smart enough to have kept a large minority (37 percent) with him – which he holds to date. HungerStation is the only Delivery Hero food delivery company in the Middle East where it has a large non-controlling interest.

Some of the other Middle Eastern companies indirectly acquired by Delivery Hero include Otlob (which changed its ownership multiple times before getting sold to Rocket in 2015), 24h.ae, and ifood.jo.

In spite of Delivery Hero dominating the food delivery space in the Middle East, the new local competitors just keep popping up with some international players also continuing to expand into the region.

Jahez, a Saudi food delivery startup that was founded in 2016, raised $36 million in country’s largest VC deal, earlier this year. Elmenus in Egypt also raised $8 million to take on Otlob (now Talabat). Istanbul-based Getir that is mainly focused on ultrafast grocery delivery but delivers food too raised $38 million from Sequoia Capital’s Michael Moritz and some other investors.

And there are tens of other players doing a fairly good job including those that are focused on corporate meals and the ones offering grocery delivery services (which have been doing it before Delivery Hero expanded into the category).

What’s interesting though is that Delivery Hero continues to remain one of the best exit options for both founders of these startups and their investors. There’s hardly anyone else who is willing to take hundred-million-dollar bets on these companies.