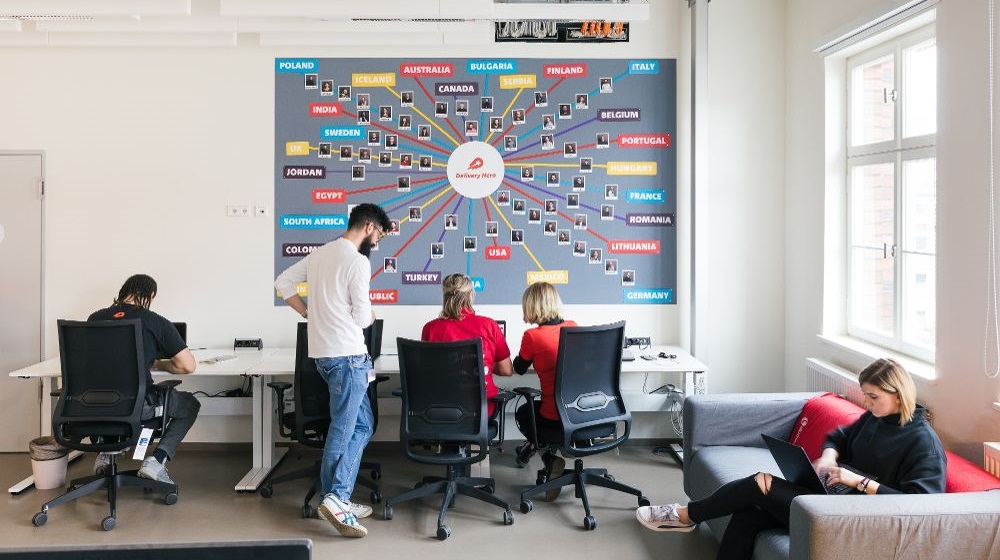 Delivery Hero’s revenues in the Middle East & North Africa (which also included Turkey) have increased by 150 percent year-on-year to $337.2 million (€308.2 million) for the half of 2019, company’s half-year financial report has revealed. The Middle East & North Africa in 2019 H1 contributed 53 percent of the total group revenue which witnessed an increase of 74.2 percent to reach $559 million (€510.9 million). In 2018 H1, MENA’s contribution to Delivery Hero’s total revenues was 40.2 percent.

The increase in MENA revenues is quite significant especially considering the fact that it terminated the entire leadership team of HungerStation (its biggest brand in Saudi) including the founders earlier this year. Saudi was the third-largest market for Delivery Hero (out of 40 countries that it operates in) with revenue of $103 million.

These numbers also include Zomato’s UAE business that Delivery Hero had acquired earlier this year for $172 million, “The Zomato UAE business is reflected in the segment performance since the acquisition on February 28, 2019.”

At the time of acquisition, Delivery Hero had said that Zomato’s UAE business will add $2 million to its monthly revenue.

In spite of the growth in revenue, GMV and orders, Delivery Hero did not turn a profit in the first half of 2019 in MENA which was the only profitable region for the German company for the same period last year.

“The adjusted EBITDA decreased by $20.5 million (€18.7 million) to negative adjusted EBITDA of $10.6 million (€9.7 million) in H1 2019,” noted the report, adding, “This development reflects the continued expansion into multiple cities as well as the ongoing rollout of own delivery services in MENA region. The adjusted EBITDA of MENA was further impacted in H1 2019 by one-off costs related to the restructuring of the fleet management of HungerStation as well as costs regarding integration of Zomato UAE. The devaluation of Turkish Lira further contributed to the development with $5.7 million (€5.2 million).”

Delivery Hero expects that MENA will still contribute a positive adjusted EBITDA of $76.6 million (€70 million) in 2019 due to significant operating profits from its strong underlying segment performance, “One-off effects in MENA are not expected to carry forward in H2 2019.”