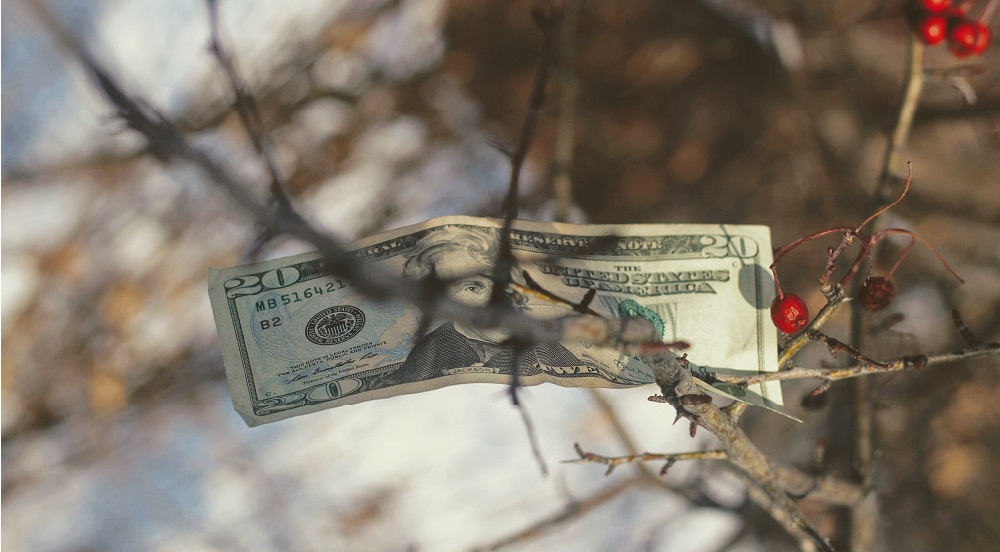 Following the global economic meltdown of 2008, central banks around the globe loosened their monetary policies, embarking on a money-printing frenzy and using their newly minted cash to buy government bonds and increase liquidity in the markets.

Venture Capital investments in the past decade eight years

The increased demand for government bonds led to an increase in their prices (or decrease in yields), making them less attractive to investors. As such, private and institutional money managers turned their eyes towards equities (driving the longest bull market in history) and riskier asset-classes, notably venture capital which received $1.5 trillion in the past ten years (see above graph).

Money as a Moat

With more cash in their coffers, many venture capitalists (notably SoftBank’s Vision Fund) adopted a ‘Money as a Moat’ strategy, which stipulated that with enough money, a startup can outgrow its competitors and rapidly claim a significant share of the market. As such, VCs gave founders a lot of money and encouraged them to prioritize growth over profitability in the short term. Reid Hoffman (the founder of LinkedIn) coined the term ‘Blitzscaling’ in his book (with the same name) to describe this approach to growth.

However, some venture capitalists missed a critical caveat: Blitzscaling only works when a startup operates in a category that enjoys the following three characteristics:

1) Economics of scale: When a company’s average cost decreases with each additional customer

2) Network effect: When a company’s product increases in value with each new customer

3) High switching costs: When customers find it expensive, painful or challenging to switch to a competitor

These characteristics are common in a few industries, notably tech and SaaS, and many startups (i.e., Facebook, Amazon, Twitter, etc.) took advantage of them to grow into multi-billion dollar brands.

The CPG industry, on the other hand, does not exhibit similar characteristics, and Blitzscaling doesn’t work for direct-to-consumer companies.

Let’s look at how the three above characteristics apply to the Consumer space:

Network effects (almost inexistent) An additional customer buying a Casper Mattress does not improve the experience of other Casper users.

Switching Costs (Low) Although I love my Mack Weldon underwear collection, I would relatively easily switch if a new startup emerges with a better/ softer version of the AirKnitX boxer brief.

Economies of scale is a tricky one: Although traditional consumer companies have high fixed costs and enjoy such scale economics, D2Cs do not. Direct-to-Consumer startups owe their success to their ability to turn fixed costs (manufacturing, distribution, and marketing) into variable costs (through contract manufacturing, 3PLs, and social media). This ‘variabilization of costs’ approach helped D2Cs overcome historically high barriers to entry; however, it significantly reduced any scale benefits. As such, product costs barely drop as new customers are acquired.

The picture looks even worse on the customer acquisition side. As D2Cs exhaust their initial group of core/ loyal customers and start expanding their reach, conversion rates drop, thus increasing customer acquisition costs. At that stage, D2Cs find themselves spending more money on digital and traditional advertising to convince passive/ agnostic customers to buy their product.

As a result, a new customer is not always beneficial for D2Cs, and founders should keep in mind the ‘peak customer’ point (see graph 3 of the image below) beyond which serving an additional customer is worse for your company (typically when Average Customer Cost exceeds Lifetime Value).

As VCs flooded the D2C space, they started throwing money at founders, granting them the valuations they asked for, however setting targets/ expectations, which almost always linked back to growth.

As a result, D2C founders found themselves chasing growth at all costs, which meant spending most of their cash on Facebook and Google ads. The increased competition for marketing space on these platforms spiked CPMs, which further increased customer acquisition costs and deteriorated unit economics for these companies.

As they depleted their coffers, D2C founders sought new rounds of funding, which came with new growth expectations and forced them into a vicious cycle:

Venture Capitalists did not see this as an issue as long as future investors were willing to come in at higher valuations, and as long as strategic buyers were willing to acquire consumer startups. Which was the case for a while: D2Cs kept receiving higher private valuations, and companies like Unilever and Walmart absorbed some of them in their quest to expand their brands’ portfolio and talent pool.

However, the music suddenly stopped a couple of years ago when strategic acquirers failed to see the desired impact and opted for building their own D2C capabilities instead of paying millions for them. As such, VC money quickly dried up, forcing consumer startups to:

Option 1: Go bust, like Brandless had to (given its unsustainable business model), and guess what? It was funded by non-other than SoftBank’s Vision Fund.

Option 2: Enforce a drastic change in direction and leadership, which usually comes with layoffs (lots of them)

Option 3: Test their luck in the capital markets, which Casper did earlier this year, but things did not go as planned

Unlike their private counterparts, public investors highly value profitability or at least a clear path towards it: The performance of the 2019-IPO class (as shown in the graph below) clearly shows how the market penalizes negative earnings and, as expected, the deeper you’re in the red, the deeper you’re penalized.

Performance of IPO class of 2019

So what happened to Casper?

A 20% negative operating margin forced the mattress maker to go public at half the valuation of its last private round, only to lose an additional 30% of its value post listing (see below graph for details)
The sad part of the story is that the employees, who spent sleepless nights building the brand and answering customer calls, are the ones that get hurt the most: Their ESOPs lose 70–80% of their value, whereas VCs leave the field with minor bruises as they have down-round terms to protect them.

What can we learn from this?

If you contemplate building a consumer brand, there are a few things that you need to keep in mind:

Blitzscaling doesn’t really work in the new consumer age. Repeat after me: t-shirts don’t have a network effect.

Profitability > Growth: Don’t build a brand without a clear path toward profitability. As a rule of thumb, aim for an LTV-to-CAC ratio of 1.2–1.5x during early growth stages and 3–4x as you approach maturity. If you don’t see such figures, you don’t have a product/ market fit.

… and the right partner: When contemplating a partnership with a VC, be mindful of their expectations and understand how their return distribution model looks like (Most hope for 1–2 home runs. Avoid these!)