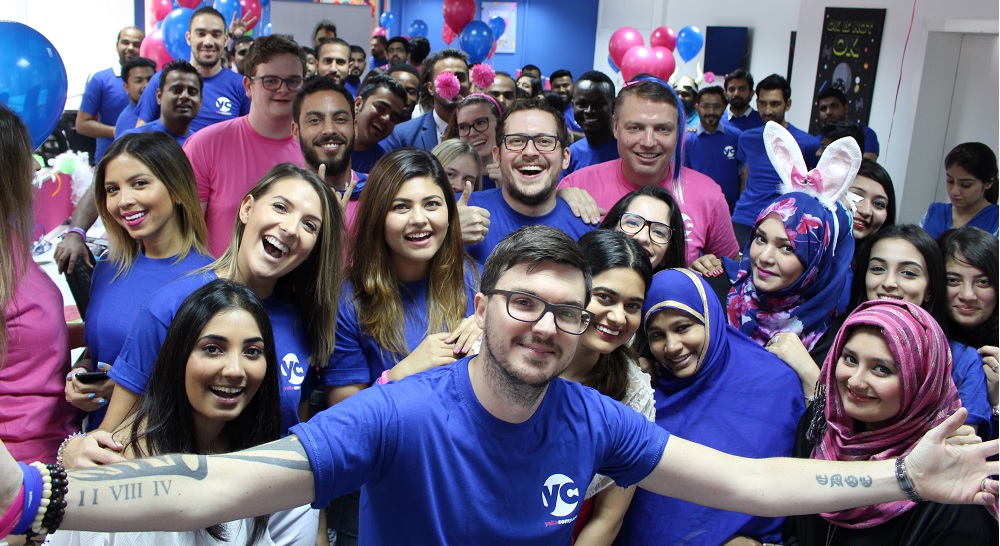 Compareit4me, the leading comparison startup of MENA has adopted a new brand identity with a changed name: yallacompare. The startup that was founded in 2011 to help users in UAE compare financial products offered by banks has seen massive growth over last few years. It is now present in 9 markets of the region including Saudi, UAE & Egypt and offers a wide range of products and services including comparison for car & health insurance plans.

They raised $3.5 million earlier this year taking their total funding to $9 million and plans to raise even more money taking its Series B investment to $10 million later this year. Once completed, it will take the total investment that the company has raised to $16 million. The insurance business that the company started last year has been growing strongly with with year-on-year growth reaching 600% in April this year. Because of this massive growth, the company opened a 120-person call center in a new 7,000 square foot office earlier this month.

After the success of car insurance business, the company also stepped into health insurance by launching a platform to help individuals and employers compare and buy medical insurance online.

“When we first started the company, we had no idea that it would become the business that it is today. We honestly didn’t think ahead to international growth and expansion, and we didn’t realise that what we’d built would become as successful as it has been across the MENA region. Our success outside of the UAE is what’s informed our decision to create a brand that better represents our English- and Arabic-speaking customers. Today, we compare everything from personal loans to flight tickets; we’re the largest insurance aggregator in the Middle East by a considerable margin; and we’re active in nine markets across the region. We needed an identity that better reflected these realities,” said Jon Richards, CEO of yallacompare.

“Of course, it’s risky changing your identity when you’ve already built up so much. But behind the scenes, we still have the same world-class team running things, and we still stick to our ideals of saving people time and money through sensible innovation and keeping things simple. And with an infinitely more recognisable brand name that pays homage to our Middle Eastern roots, we hope to be the go-to resource for regional consumers looking to save money on everything from insurance policies to telecoms packages.”

The startup is set to open an office in Saudi Arabia before launching it online insurance comparison for the Saudi market. That was one of the factors that influenced the decision of rebranding to yallacompare.

“The Saudi Arabian factor was crucial in our decision to rebrand to yallacompare. In several markets around the Middle East, including Saudi, we’ve been operating under the amwalak.com brand name, as it resonated more with markets in which Arabic is the primary language. With yallacompare, we’re bringing everything together under one roof, in an easy-to-understand, powerful call to action. Do you need a financial product or insurance policy? Yalla, compare!” said Samer Chehab, COO of yallacompare.

Not sure about you guys but we definitely love the new name, yallcompare people!