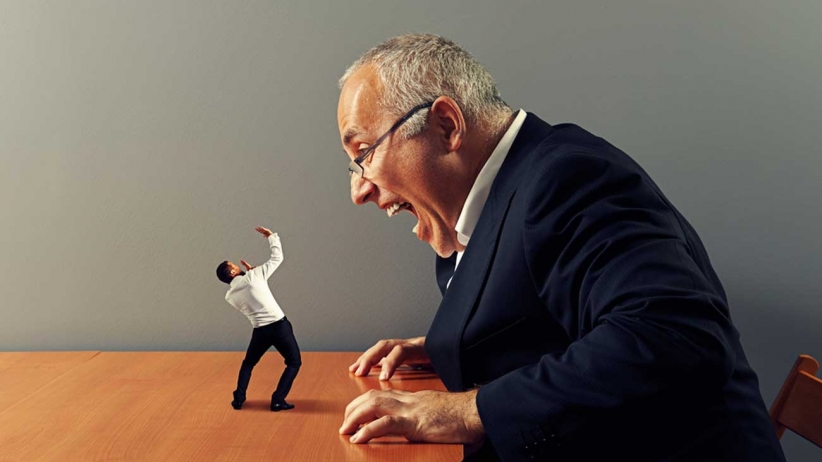 The idea of choosing your boss sounds crazy, right? I know. It’s not very often that you are in a position to choose your boss and even if you are today – who knows – tomorrow he might get replaced by someone else. Its beyond your control. That is how its like in most of the cases.

But whenever you are in a position where you have this choice, you have to consider it and you have to be very careful with your decision. No matter what your position is. No matter what the title of your potential boss looks like. From a Clerk to CEO – whoever has to make a decision about switching to a new job and/or company, this should be one of the most important criterion (if not the most important) to reach your decision . I’ll tell you why. But before I do that, I’d like to share this quick stat from one of the Gallup study which found out that 50% of the employees leave to get away from their manager and there are so many other studies and surveys showing the same trend or even worse. All these things validate the words of Victor Lipman who in one of his books wrote:

So here is why its very important for you to choose your boss. Again, I am not saying don’t look into the details of role/responsibilities or the company. Do that, but your decision should be greatly based on the person you’ll be reporting to.

1) Controlling and/or facilitating your Work Assignments

He is someone who will be responsible for controlling and/or facilitating your work assignments. Imagine working with someone who doesn’t have any idea about what they’re looking for. Or someone who likes to micromanage. If he turns out to be one of those guys, its going to be extremely difficult to deal with the transnational/operational tasks, let alone something beyond that.

3) Acts as your Mentor/Coach

You spend a great amount of time with your manager and even if he’s not mentoring or coaching you directly, you will learn a lot from him. But that is if he has substance. If you think that you have not learned anything new from your boss since lets say an year or two then you’re working with the wrong person obviously.

If something goes wrong or an employee has made a mistake, a good manager will always support their employees unless its something unforgivable. A weak or incompetent boss however will never take stand for you. They will be too worried about their own place in the company to think about any of their employees.

A good boss will almost always be a role mode, an inspiration and you need that as an employee. You need someone you could look upto. It drives you, motivates you to do good and accomplish great things; not only for the company but for your own-self aswell.

So how do you actually get to know if the person you’re going to report to would be a great boss. Its simple. When you’re being interviewed for any position and given a chance to ask questions at the end or whenever, use this chance and ask the right questions. What those right questions could be like? That’s a topic for another day.

Also, ask around. Try to speak to someone who has worked with them in the past and they should share an honest opinion with you.

Leaving you all with this thought by William Feather

He isn’t a real boss until he has trained subordinates to shoulder most of his responsibilities.

Have a good day, ladies and gentlemen!