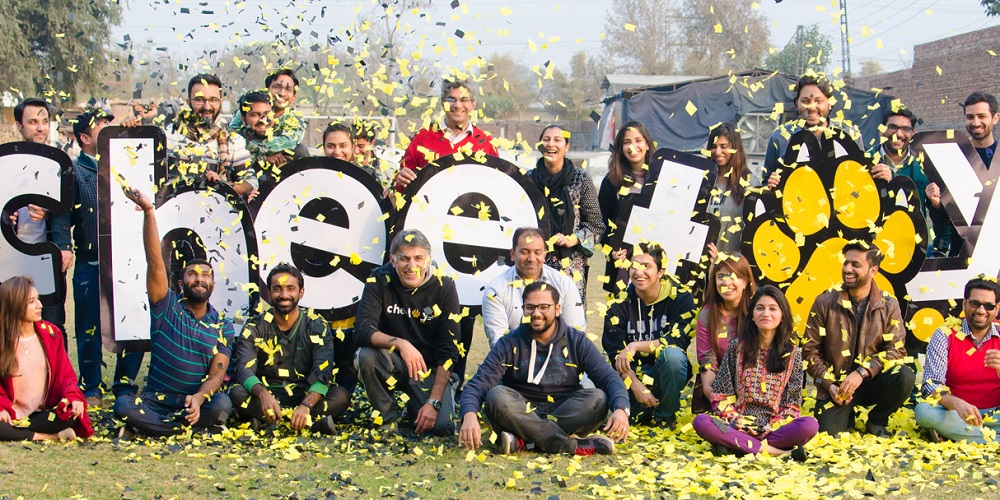 Lahore-based on-demand logistics and ecommerce platform Cheetay has raised $7.8 million in a Series A round from US-based investors, the startup announced yesterday without disclosing names of investors. Cheetay’s founder Ahmed Khan in a conversation with MENAbytes said that the investment came from individuals and a big fund, which is the first institutional investor in Cheetay. Speaking about why they’re not revealing the names of investors, Ahmed said that its a decision made by investors.

He also said that they’ve previously raised $3.8 million in smaller Series A-1, Series A-2, and Series A-3 rounds. They’ve now closed their Series A with this latest investment that’s part of their Series A-3, taking the total round to $11.6 million.

It is the largest-ever Series A raised by a Pakistani startup.

Ahmed who had previously founded, co-founded and led different online ventures in Pakistan including Rocket Internet’s Daraz (acquired by Alibaba) and Kaymu, founded Cheetay in 2015 as an on-demand logistics startup that initially delivered food in Lahore. It has now evolved to become what Ahmed calls a now-commerce startup and serves customers in Lahore, Karachi, Rawalpindi, and Islamabad.

“[What we do] is a combination of fulfillment, analytics and multi-category (multi-vertical) ecommerce. We believe in Instant fulfillment of categories that lend well to share of wallet. We have a marketplace as well as fulfillment model,” he said, speaking to MENAbytes.

The focus it appears is still on food but Cheetay through its recently revamped website and mobile apps also allows users to order beauty, babycare and healthcare products. With the new version, they’ve also introduced the category of books with hundreds of titles.

But the most interesting part about Cheetay is their operational model. Unlike most of the local and regional startups (including its competitors) in this space, Cheetay has an in-house fleet with riders on its payroll. Bykea, the other leading player in on-demand logistics that also offers bike ride-hailing services and had raised $5.7 million in a Series A round earlier this year, relies on freelancers to work for them as riders. So does FoodPanda and EatMubarak, the two leading food delivery companies in Pakistan.

The model that Cheetay is using was also being used by Carriage in Kuwait before it was acquired by Delivery Hero for $100 million. There may be some advantages of having your in-house fleet but it becomes a problem when you’re scaling your operations, esp. into new markets/cities.

And Cheetay plans to be in three more cities including Peshawar, Faisalabad, and Multan, within a year. Cheetay’s newly appointed CEO Majid Khan, in fact, in a statement said that he wants Cheetay to have operations in every sizeable city in the country.

The startup that claims to be the largest and fastest-growing tech-enabled last-mile logistics player in the country plans to use the latest funds to support its expansion to more cities in Pakistan, expand its team, invest in logistics technology and roll out new lines of business targeting now-commerce categories.

Ahmed, sharing some numbers told MENAbytes that they have over 100,000 registered users and 3,000 vendors on its platform.