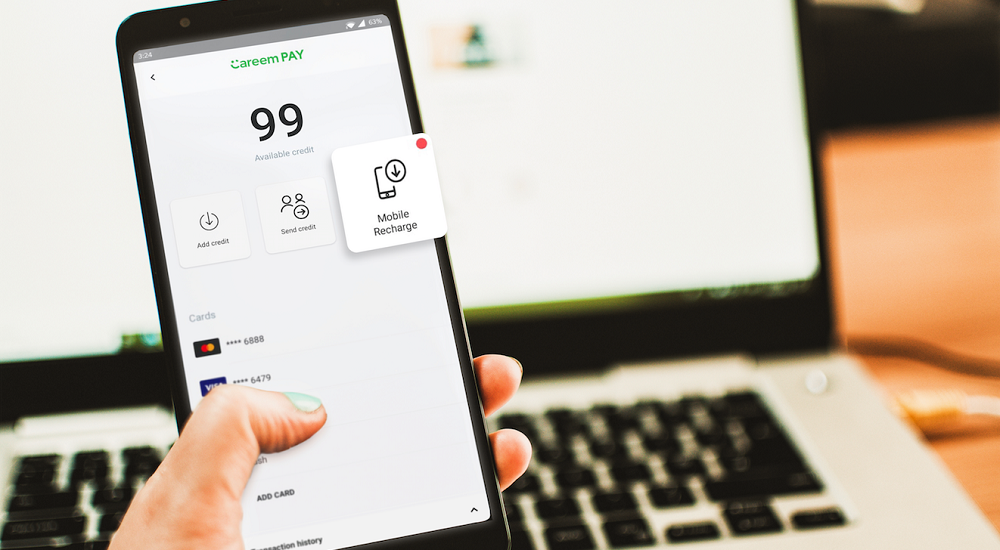 Careem now allows users in the UAE, Egypt, and Pakistan (with Jordan to follow) to recharge their mobile phone credit with its app, the Dubai-headquartered company announced today in a statement to MENAbytes. The service is available for all the leading mobile phone networks in these countries and users can top up mobile phone credit from Careem Pay (the mobile wallet) in Careem’s app on Android. The feature will soon be made available for iOS users as well.

Careem had entered the payments space with the launch of peer-to-peer Careem credit (the money users have in Careem Pay) transfers late last year. The company in a statement said that Careem Pay is the most downloaded mobile wallet in the Middle East region which is technically true as it is part of Careem’s main mobile app, which happens to be one of the most popular apps in the region.

The introduction of this feature allowing users to recharge their mobile phone credit with its app might look like a small update on the surface but it is apparently the start of something very big.

We’ve been hearing about Careem’s fintech plans for over a year now but its the first time that the company has launched a payments feature that involves third-parties (the mobile phone networks). With this, Careem is not only increasing the stickiness of its app but also giving users more reasons to add/keep money in Careem Pay.

There are mobile wallets in some shape or form already operating in all the three markets where Careem has launched this feature. Some are being operated by the banks, some by telcos, and some are startups. But what sets Careem apart is its large network of users and captains.

The company already has tens of millions already using its app (for ride-hailing) in the region so unlike those other players, it won’t have to ask users to download a new app to their phones. And with its large network of captains, Careem makes it super-easy to add money to Careem Pay.

As Careem notes in its statement, it’s going after the large unbanked population in MENA with its mobile wallet and in the future with some other financial services as well. We’ve seen this work pretty well for Grab and Go-Jek in Southeast Asia who with their partners in addition to the regular mobile wallet use cases now also offer SME loans, insurance, and even cross-border transfers.

Junaid Iqbal, the recently appointed Managing Director of Careem Pay (who was previously leading Careem Pakistan), commenting on the occasion, said, Careem’s payment offerings will be core to becoming the region’s everyday super app. Our wallet is the most downloaded digital wallet in the market and we will continue to add more products and services that can be paid for through our platform.”

“With only 14% of the region holding a bank account, there is a massive opportunity for us to serve this unaddressed audience and enable them to participate in digital finance. Providing the option to purchase mobile recharge credit is the beginning of many more ways in which we aim to simplify and improve our customers’ lives,” he added.

The latest feature can be used by updating Careem’s app from Google Play. Once the app has been updated, the users can access Careem Pay from the main menu. On Careem Pay screen, they’re required to tap tap on mobile recharge, enter the phone number (that they’d like to recharge) or select it from the contact list, select or enter the amount, and confirm payment. The credit will be instantly added to receiver’s number.