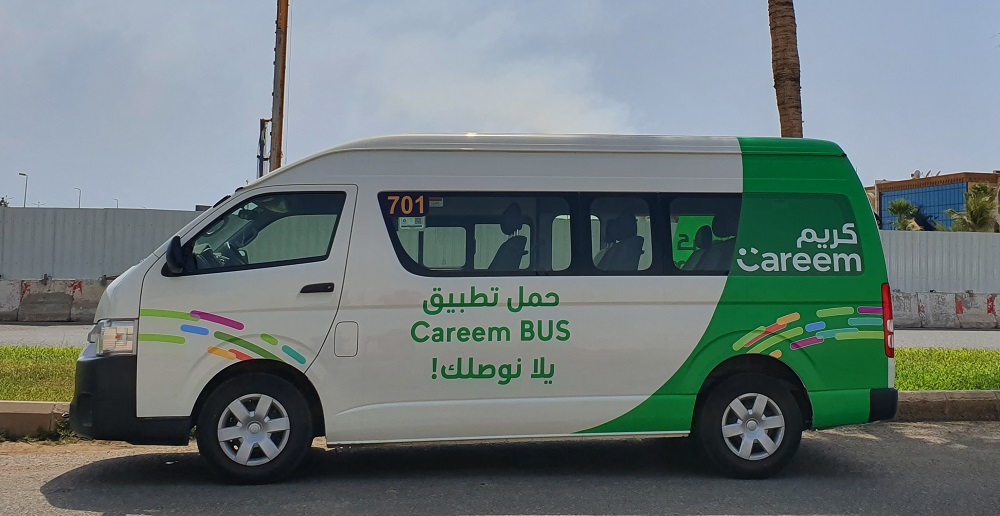 Careem Bus is expanding to Saudi with the launch of a direct bus service between Jeddah and Makkah, the company announced today, adding that it has obtained approval from the Saudi Public Transport Authority to launch the service. The launch makes Careem Bus the first private app-based mass transportation service in the country.

Careem Bus had first launched in Egypt and is available in Cairo and Alexandria but only offer local city trips there along different routes. Saudi is the first market where Careem is bringing app-based inter-city bus trips which makes a lot of sense as there are hundreds of thousands of pilgrims who travel between Jeddah and Makkah throughout the year and that is apparently Careem’s primary target market.

“The service comes as part of Careem’s ongoing commitment to solving transportation issues, improving mobility and creating jobs and is ideal for people flying into Saudi Arabia to perform Umrah,” said Careem in a statement.

The service that has been launched today will cost SAR 25 (about $7) for one-way trips and is available through a dedicated Careem Bus app for iOS and Android. The service initially is being rolled out with 13-seater buses with “comfortable seats, headrests, and air conditioning.”

Hadeer Shalaby, Director of Careem Bus, commenting on the occasion, said, “Careem Bus will revolutionize mass transportation across Saudi Arabia and bring a new level of sophistication and price to our customers. The 13-seater service has been a huge success in Egypt, easing traffic flows and providing a safe and efficient way to commute. Through our superior technology, the app-based service is as seamless as ride-hailing a car, allowing customers to enjoy the benefits of our tech as well as enjoying cheaper travel and reducing traffic on the roads.”

The company has not shared the details about pick-up/drop-off points for their service but has said that the customers will be able to check availability of the bus, monitor its arrival and secure a seat, through its app. The users, for now, can only pay by cash but soon will have the option to pay using their credit card of Careem wallet as well.

The buses, Careem said, are provided in partnership with transportation vendors who employ the Captains paying them a fixed monthly salary. The fares collected by Careem Bus Captains go to Careem, who pays the vendors a fixed daily amount regardless of the number of trips they make. So the company is basically renting the buses with drivers on a daily basis.