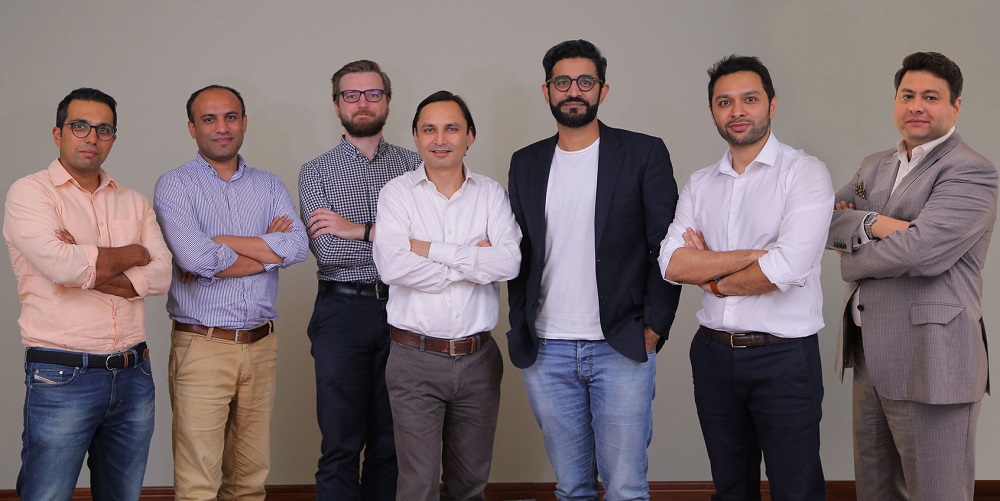 Karachi-headquartered on-demand motorbike ride-hailing and logistics startup Bykea has raised $5.7 million Series A from largest Pakistan-dedicated VC fund Sarmayacar , and institutional investors from Southeast Asia and Middle East, the startup announced today, without disclosing the names of Middle Eastern investor. We’ve learned that it is one of the leading VCs from MENA. According to the data MENAbytes has on Pakistani startups, it is the largest Series A round secured by a startup there.

Founded in 2017 by veterans from the ecommerce and logistics industry including Muneeb Maayr, who previously co-founded Rocket Internet’s Daraz (acquired last year by Alibaba), Abdul Mannan, Ishaq Kothawala and Rafiq Malik, Bykea is a super app that offers different services, with on-demand ride-hailing and parcel delivery being its most popular offerings.

The startup that claims to be the largest service of its kind in Pakistan currently offers its service in Karachi, Lahore, Islamabad, and Rawalpindi. Bykea in a statement said they currently do 1 million bookings a month. Their app has been downloaded by over 2 million users and over 200,000 ride-hailing and delivery partners (drivers).

What makes Bykea different from Careem or Uber – both of which have motorbike ride-hailing options in some of these cities in Pakistan, is its focus on localization which is visible right from the moment a user sees the app for the first time which has easy to read and navigate menu in Urdu. The app that’s also available in English comes with in-app text messaging and voice notes feature to make it easy for users and drivers to communication. Bykea also allows users to book a ride or delivery by dialing in a number.

The startup now plans to use this investment to further expand into ride-sharing, express delivery and conversion of cash for digital use, for both consumers and businesses across Pakistan.

Muneeb Maayr, the founder and CEO of Bykea, commenting on the occasion, said, “We’re aiming to solve technology adoption and economic activity for the 200 million people in Pakistan by allowing users to connect with one another via simple steps in Urdu or voice chat. We are also working with leading telecommunication providers to enable feature phones, or not-so-smart phones, to connect to our driver partner network of part-timers.”

“The additional investment will pave the way for deeper penetration into the masses enabling Pakistanis at large to use technology to better facilitate personal and business activity in the cities,” he added.

Rabeel Warraich, Managing Partner at Sarmayacar who are making their first investment after raising $30 million for their debut fund, said, “We are pleased to join Bykea on its journey of building affordable technology solutions that will create income-generating opportunities for tens of thousands in Pakistan, while addressing rampant challenges in the transportation, logistics and payments sectors of the country. This transaction also ushers a new era of venture capital investment into Pakistan by bringing together varied and complementary value propositions of institutional VCs from different parts of the world to back one of Pakistan’s most promising startups.”

Singapore-based Jonas Eichhorst, one of the Series A investors, who is also joining company’s board, said, “After regularly visiting Pakistan over the past 3 years, the tremendous potential of the country is obvious to me. Bykea and its team are in a great position to play a leading role not only in advancing the nascent startup sector but can also become a local champion within the overall economy, similar to GoJek’s tremendous success in Indonesia.”

Byke was initially funded by a group of angel investors in a round that was led by Pakistan-based Ithaca Capital.

Haider Ali Hilaly, Managing Director at Ithaca Capital, said, “We are excited for the next round of Bykea’s development and welcome the institutional investment that brings relevant expertise from other developing markets to the company. We have worked with Muneeb and his team to develop Bykea by seeding this project despite the obstacles involved in raising substantial further capital for venture-stage companies in Pakistan.”

Bykea’s growth is good news for both consumers and the startup ecosystem in Pakistan. Even though the company doesn’t offer car ride-hailing service, it will continue to compete with some of Uber and Careem services who would’ve otherwise enjoyed a monopoly in Pakistan.