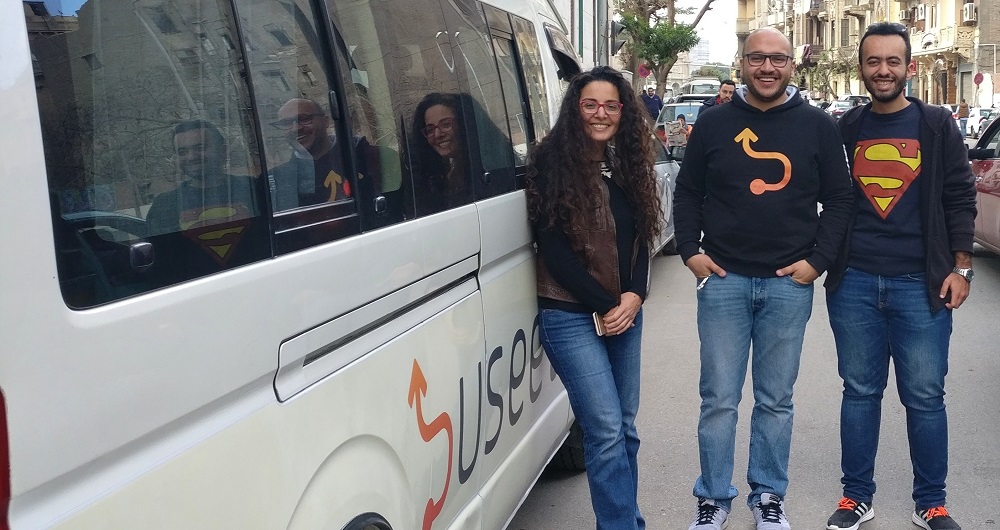 Cairo is known for its traffic woes. According to a study conducted by World Bank in 2010, traffic congestion was costing the city 4% of Egypt’s entire GDP. I am not sure where this number stands today but there have been some recent reports (can’t validate the authenticity unfortunately) that rank Cairo as the fourth worst city in the world, in terms of traffic congestion.

I had the chance to witness this first-hand when I was there a few months ago to attend the RiseUp Summit. Every time I would go out, I would try to get an idea of the time it would take to get to my destination (using Google Maps) and on many occasions, I decided to walk because it would’ve taken longer by taxi or Careem and I am not even talking about the peak hours.

But traffic congestion is not the only problem. For me, Careem or taxi made sense because I am used to paying almost five times higher rates in Riyadh. For an average residents of Cairo however, it’s not an affordable option for daily commute.

There are some public transportation options but an average middle-class commuter doesn’t rely on them due to various reasons.

Buseet is one of those private players that has made it their mission to offer people in Cairo and other parts of Egypt a reliable, safe, and somewhat affordable way to commute.

Founded last year by three friends, Amr El-Sawy, Khaled Moawad and Mohamed Abdel Aziz, who share more than twenty years of experience between them of working in different engineering and development roles for Microsoft and LinkDev, Buseet is a premium mass transportation platform that offers commuters with modern buses, which are cheaper than Uber and Careem and better than the public transportation options.

Amr El-Sawy, the co-founder and CEO of Buseet thought about the idea because of his own problems with Cairo’s traffic.

“I used to spend more than four hours driving every day to work Cairo traffic, which is basically crazy. It’s one-sixth of your day gone, lost, wasted in traffic. But that’s not the only problem when you’re driving. Finding parking is another big headache,” Amr explained, in a conversation with MENAbytes. “And taking an Uber or Careem is also not an affordable option for an average daily commuter like myself and majority of the middle-class segment doesn’t rely on public transportation due to the quality of service.”

Amr shared it with Khaled and Mohamed, his friends from college both of them were on-board right away.

“We wanted to create a new option for middle-class commuters where they share modern tourism-grade bus that is reliable, easily affordable (up to 75% less than what they would pay to Careem, Uber or a taxi) and offers great quality of service,” he noted.

The startup currently has its services available in two Egyptian cities, Cairo and Alexandria, the largest two of the country and plans to launch them soon in Dubai. The startup recently graduated from Startup Bootcamp’s Smart City Accelerator in Dubai. It was one of the ten startups selected from more than one thousand applications from all around the world.

Since launching, Buseet has sold more than 60,000 seats until today to more than 10,000 registered users, at least 10% of which are active on monthly basis. Considering that fact that they have been operational for nine months only, those are pretty decent numbers.

But being the first-mover in the market (as claimed by them), changing user behavior to use a completely new option and trust it wasn’t easy. But they have somehow managed to overcome that difficulty and are now at a point where people are waiting for them to launch new routes. They now aggregate user demand for daily routes and start the most requested ones. Buseet also offers inter-city trips between Cairo and Alexandria.

The startup however doesn’t want to limit itself to being a bus aggregator. They have some very big ambitions and want to enter the logistics space as well by offering last mile delivery options to startups and corporates. They also have plans to offer their services beyond MENA, in countries like Nigeria and Kenya.

They may have been the first-mover but they’re not the only player in the market anymore. Swvl, a similar platform raised $500,000 from Careem last year and is available in both the cities where Buseet operates, another startup GooAndBack has also been gaining momentum in the same space, Uber also wants to launch a bus service in Egypt and our sources have told us that Careem is also working on ride-sharing and buses.

But due to lack of proper infrastructure and inability of governments in the region to provide solutions to their residents, there is room for multiple players to co-exist in such a market.