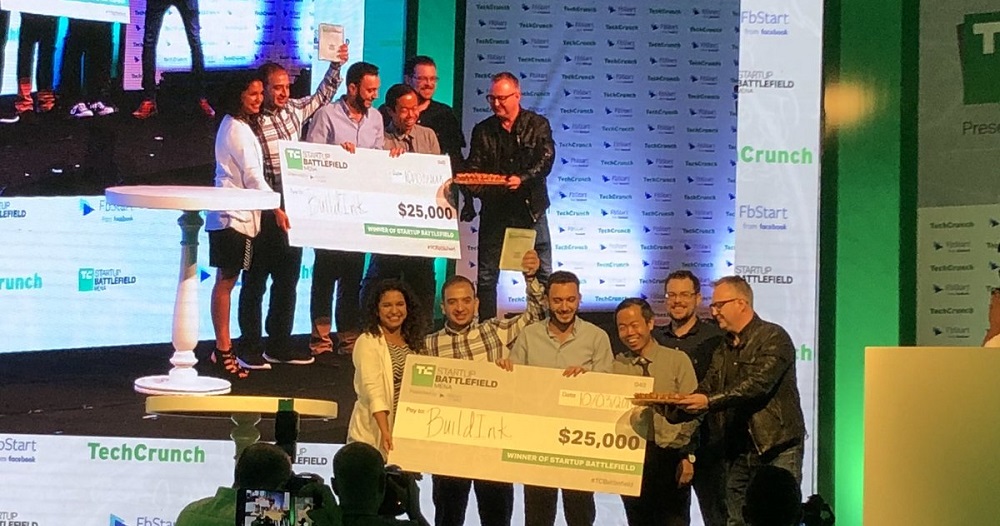 Lebanese construction tech startup Buildink has won the first (and very hyped) edition of TechCrunch’s signature pitch competition, Startup Battlefield MENA, that took place in Beirut Digital District today. The startup walked away with a prize of $25,000 cash and will be taking part in the Startup Battlefield (global) at TechCrunch Disrupt 2019 in San Francisco.

Founded by Bilal Farshukh and Moalla Ilani last year, Buildink claims to be the world’s first cable robot 3D concrete printer. The startup has also engineered a proprietary concrete mixture. According to their website, the use of their 3D printer and signature concrete mix could reduce total construction time up to 75% in comparison to the traditional building process.

Their solution can deliver modern architectures and single-story homes in minimum time and effort. The startup also helps in reducing the cost of construction.

TechCrunch had shortlisted 15 startups who took part in the competition today – 5 of those made it to the finals including Lebanon’s Buildink (that came out as winner), Seez, Synkers, UAE’s PureHarvest, and Turkey’s Naturansa.