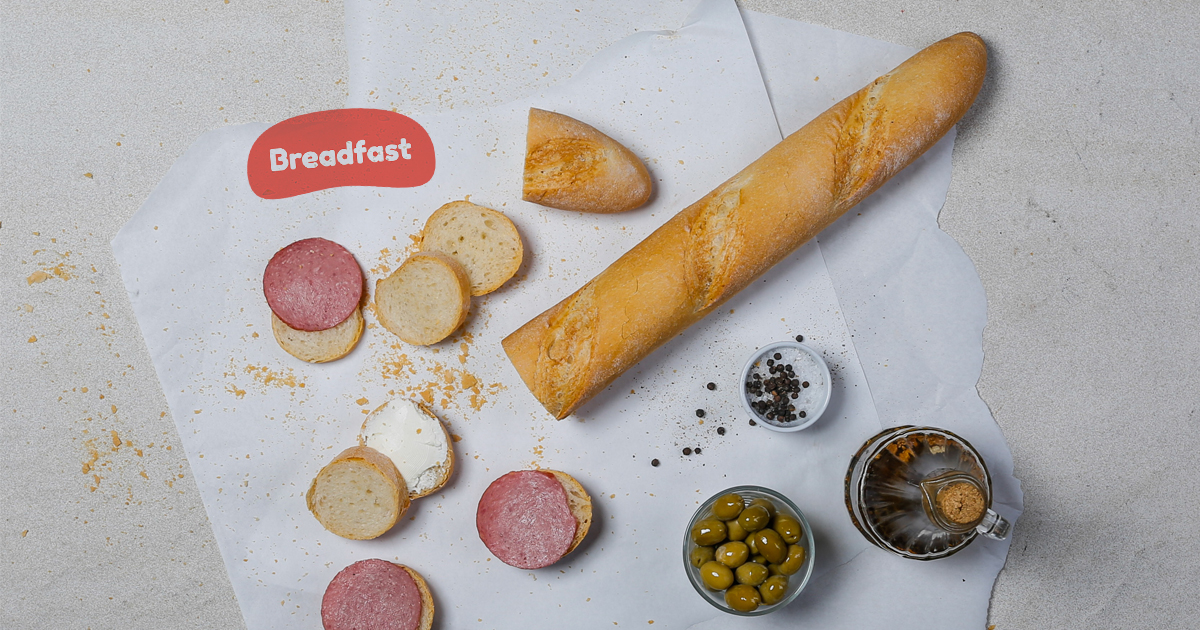 According to some estimates, Egyptians spend more money on food than anything else. That’s probably one of the reasons we’re seeing a lot of activity in country’s startups from food vertical. Three of the Egyptian FoodTech startups have raised funds this year with one of them scoring an investment of $1.5 million from top VC of the country.

With all these positive signs, its natural for country’s entrepreneurs to enter the foodtech space and make use of available opportunities. Breadfast is the latest entrant that’s betting on Egypitans’ love for food. But it’s nothing like any existing startup in the country. As the name suggests, it delivers fresh bakeries at customers’ doorstep every morning. Their menu ranges from bread toast to muffin that’s baked between 12 am to 6 am at Breadfast’s own bakery and delivered to customers between 6 am to 12 pm. Customers can place their orders on Breadfast’s website until 10 pm everyday to receive baked goods the next morning.

Co-founded by Mostafa Amin, Muhammad Habib & Abdallah Nofal, Breadfast launched its beta earlier this year and delivers only in Cairo for now. All the founding members of the startup are serial entrepreneurs, having founded different successful companies before. Mostafa Amin is co-founder of Egyptian Streets, which happens to be the largest English news website of the country, Muhammad Habib has co-founded Nafham, one of the largest crowdsourced educational platform of the region & Abdallah Nofal is co-founder of a Ciaro-based software house called MarginUX. The trio has previously worked together on different projects and initiatives and went through different ideas for their next venture before settling on Breadfast.

“We looked for our next venture for more than a year before starting Breadfast. We validated about 7 ideas and none of them felt like our next bus to something big. We pitched every idea to our global network of investors and conducted interviews with potential customers and users to have the 360-degree view as we believe in validating the ideas before building the MVP.” Mostafa Amin, Co-Founder & CEO of the startup told MENAbytes.

Since launching in March, they’ve delivered more than 1,000 orders until now with more than 90% of their customers becoming recurring customers. The startup has been testing a monthly subscription model as well through which customers can order baked goods for a complete month at slightly discounted rates. Breadfast also delivers their edibles for events for pre-booked orders.

Customers of Breadfast have the option to pay using their credit card when ordering through the website or pay in cash when they receive the order. Deliveries are also managed by employees of the startup that has a small team working from its only office in Cairo. They are currently looking to expand within Cairo only as their primary goal is to be able to deliver their products all across the city.

“Yes, you’re right – it’s not an easy business to scale but having learned a lot of things in the last few months, we’ve also been able to identify methods that will help us scale without too much trouble.” Mostafa told MENAbytes when asked about their ability to scale as a business.

Breadfast is in the process of raising funds right now and are expected to close their seed round very soon. Their team is also working on the mobile apps that will be launched next month after they add more edibles to their inventory.

With a team that has already founded successful startups across different verticals and has been able to receive and deliver more than one thousand orders within few months of launching their platform, Breadfast is definitely a startup you should keep your eye on.