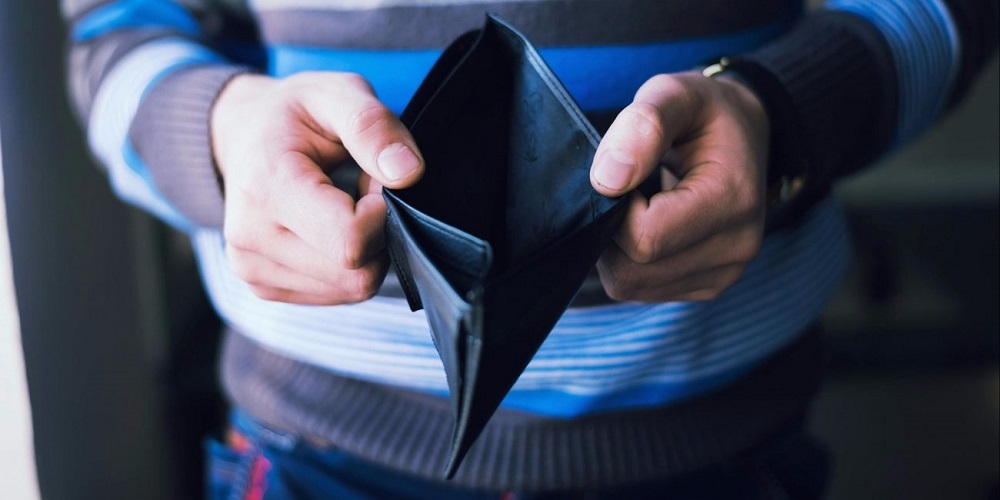 The process of bootstrapping is painful, yet beautiful. It teaches you so much about business that no other experience possibly could. The uncertainty of knowing whether or not you will survive another month and the anxiety caused by it is a tough master of discipline. I know this firsthand having run my first startup from a $1,000 loan I got from family to +$100,000 in revenue as a 19 year old.

Now that we have closed a funding round for Malaeb, some think that things have been very easy. “But you have a good runway!” or “Lucky you don’t have to think about money.”

The truth of those statements is debatable, but regardless of that, have things always been this way? The short answer is no.

We have survived way longer than we thought we ever will. There were moments where I personally had literally $0 in my bank account for days, and couldn’t do anything about it. There are moments where our company’s bank account also had $0 with payroll of 6 people coming in. This is the ugly truth that not many are willing to talk about. I’m writing this for the entrepreneur out there who thinks they’re in a bad position. Guess what? It’s part of the journey; it’s not all rainbows and butterflies.

Here, I want to give the outside world a glimpse at what was happening in the 6 or so months where we were fundraising with the clock ticking.

The first cost to cut is your salary. For months, my co-founder and I had what I would call a peanut salary. That is, a salary that allows you to live on peanuts. I’m sure with my lifestyle, and the average lifestyle of someone my age in Bahrain, that didn’t account for much of my expenses. Let’s just say that I had months where my car’s service charges would exceed my monthly salary, and I drove a small Kia. I was practically living off of savings.

A few months later, we increased our salary to the local minimum entry level salary. I managed to live under that budget for a month or two, and had to struggle for the remaining 10 or so months, and freelance small gigs on the weekends not to borrow money. I wish I could say I was shameless about it, but I wasn’t. I even had to sell my car at one point and buy one on installments to manage my personal cashflow.

Fire the dead weight. You’re in no position to pay. Period. If someone is not bringing in as much as they’re taking out, let them go. Now. That person could become a great asset in 2-6 months, but you probably wouldn’t exist by then to celebrate that.

We were put in that position, and let me tell you, it’s a crappy position to be in. We had a team member who was not part of the core team. The question was: if we fire him, will we still be able to continue next month? The sad answer was yes. That person could have been a great asset 2-4 months down the line, but we probably wouldn’t have existed by then.

Everything is a luxury. Will we go out of business if we don’t get this? No? Then it’s a luxury.

Bootstrapping is a great way to truly differentiate between a need and a want because you can’t even afford all your needs. It’s easy to cut off wants at that point. Old laptop? Format it. Chair broken? Fix it. Birthday cake? Here’s an emoji ????.

You will pay me. Free trials are nice, but I can’t give you one. Discounts are fine, but paying that extra buck won’t kill you.

We needed to make more money by spending no money. We talked to people to play football or book through the app. We connected teams and booked them through the app. We cold called companies and asked if they want us to organize games for their staff. All to collect tiny payments as our commissions from the bookings.

Selling air. Whatever the customer says would be cool, say that you do for an extra charge.

Paid push notification to advertise an offer, premium listing positioning, organizing an event, we’ve done it all. Those are things that we expect to do as we grow when we can dedicate resources to them, but we had to hustle and do them ourselves to get the buck.

I can do that for you. Need social media content? No problem. A website, you say? I got you. A mobile app? Say no more.

I wish I was joking, but I’m not. We needed money so badly that we took on social media projects, we built a website, and we even built an app. I get plenty of requests to build apps, and I always turn them down. I got a call one day from a contact who worked in a government entity. They needed a simple app for a large event they were organizing, and I figured on the call that it would take one of my developers 3 days to make on a worst case scenario. So we did it!

That’s the hustle. It’s not as glamorous in practice, I ensure you.

Looking back at it now, I don’t understand how the thought of quitting did not cross my mind. I swear. I must have been so stupid to not even consider that for a moment. Now I know it’s that resilience and unreasonable behavior that makes great companies. And I try to remind myself of this experience to never settle in my comfort zone.

We’re still nowhere next to our vision though, and we must always remember where we came from and maintain that powerful resilience. I hope this shed a light on some not-so-pretty moments in building a startup. I could’ve made 100x more money doing other things that year, but instead I lived through it and made more than 1,000x in the value of my company. That’s the difference in a startup. Your job is to do what’s best for the company, not what’s best for you. And if you’re not willing to forgo that [or anything else that stands in the way of the company’s growth] in sacrifice for the bigger picture, then you may or may not succeed.

The article was first published at author’s personal blog and has been reproduced here with his permission.