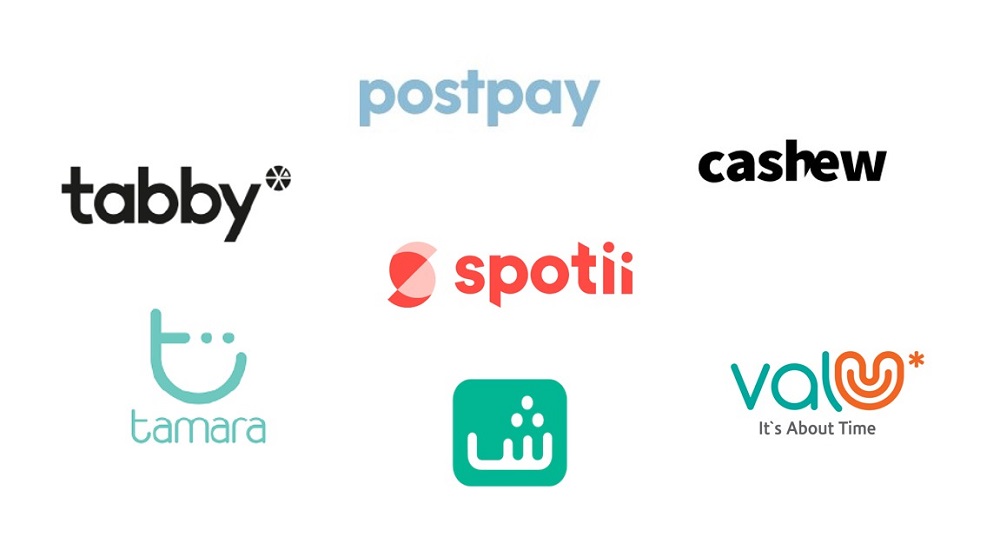 As the world went into lockdown last year, most people turned to online shopping, which accelerated ecommerce adoption and increased its share of total US retail sales by 75% last year (from 8% penetration in 2019 to 14% in 2020).

Retail giants such as Walmart, Best Buy, and Target saw their market capitalization nearly double in 2020 on the back of enormous ecommerce sales growth. Industries that power the ecommerce ecosystem also heavily benefited from this trend, with companies like FedEx (logistics) and Shopify (ecommerce platform) seeing incredible growth.

In particular, one industry was a significant beneficiary: ‘Buy Now, Pay Later’ (BNPL) solutions saw a massive surge in popularity during the pandemic as the prospect of delayed payment became more attractive in light of the financial uncertainty resulting from the spike in unemployment.

What are BNPL solutions?

BNPL solutions allow customers to spread out the cost of their purchases into interest-free installments, creating value for both customers and merchants:

Customers: Instead of immediately paying $2,000 for a new TV (or paying it a month later in your credit card bill), you can now pay $335 a month over six months at 0% interest and $0 fees, through a seamless checkout experience (fast and straightforward sign-up process, with one-click checkout for returning customers) and flexible payment options (3, 6, or 12 months).

Merchants also benefit, as they witness an improvement in conversion rates, an increase in basket sizes (AOVs), and enhanced repeat purchase rates.
According to Worldpay’s 2020 Global Payments report, BNPL became the fastest growing ecommerce payment method globally, projecting this category to account for 9% of ecommerce payments by 2023 in EMEA.

As investors acknowledged the solution’s potential, BNPL providers had a great year, with Afterplay tripling its market cap triple (graph below), and Affirm’s value soared by 132% since it began trading in mid-January.

Afterpay vs. Mastercard stock performance in the past year

The concept of delayed payment is not new. We all have credit cards, which de-facto are ‘Buy Now, Pay Later’ tools. Unfortunately, credit cards have remained unchanged for the past 30 years, even though consumers (Millenials) developed an aversion to them following the financial crisis and horror stories of extravagant interest rates (29% APRs on the outstanding balance).

In essence, credit card providers have gotten lazy and are being disrupted by BNPL players. I wrote about disruption theory last year where I highlighted that:

Disruption takes place when smaller, more agile players introduce a lower performing, cheaper product with a structurally different business model. Initially targeting a niche set of customers (lowest value consumers or unserved consumers), they are ignored by incumbents, who instead focus on defending their legacy business model (historically a source of competitive advantage).

As new entrants gradually improve their product, they move up the food chain targeting more attractive customers and stealing market share from incumbents, who unable to disrupt themselves, see their business models become obsolete, and gradually die.

Compared to a credit card, BNPL solutions are indeed inferior. They can only be used with merchants that integrated into their checkout page. Besides, high spenders can generally cover their credit card expenses and won’t be attracted to BNPL solutions. However, ignoring this trend can be as deadly a mistake as Blockbuster ignoring Netflix at the turn of the century, and we all know how that story ended.

It remains to be seen whether companies like Affirm and Klarna will overtake MasterCard and Visa one day. Given the recent surge in adoption, the macro tailwinds (growth of ecommerce and the Millenial consumer), and the growing disinclination towards credit cards, this might happen sooner than we think.

Profitability for BNPL companies depends on seven main metrics and looks something like this:

Debt financing cost corresponds to the interest BNPL providers pay banks for liquidity (to provide loans to their customers).

Provision for debt impairment equals the weighted average percentage of loans that are not paid back (i.e., bad debt)

The four above components represent the contribution margin. In their early days, BNPL companies tend to have a negative contribution margin as losses incurred from debt impairment wipe out any income generated. However, over time, BNPL players use data to improve their algorithms and remove “bad customers” from their platform, reducing such losses.

Let’s take an example: Suppose your net take rate is 5% (assuming merchants pay you 6% and you pay 1% in payment processing fees). If you pay 1% interest on your loan, and it costs you 1% to manage consumer loans, the percentage of your non-performing loans can’t exceed 3%; otherwise, you lose money. Unfortunately, this figure is generally higher in the early years and remains so for a while.

GMV refers to Gross Merchandising Value, the sum of all payments conducted on the BNPL platform.

Marketing and sales expenses are expenses incurred as BNPL providers acquire and onboard both merchants and customers to their platform.

General and administrative expenses include team salaries, technology, and other infrastructure costs.

Turning profits in BNPL is very tricky, and the model heavily relies on economies of scale (i.e., a high GMV) which enable companies to:

2) Access more data to improve their algorithms and reduce losses from debt impairment.

3) Balance out the high fixed costs of the business (marketing, salaries, technology, and infrastructure).

As more merchants join a BNPL provider, more consumers have the opportunity to use the service. As these consumers see the service across multiple platforms, they trust it more and are more inclined to try it, leading to more transactions.

BNPL in the Middle East

The Middle East region has witnessed an explosion of BNPL solutions in the past year, with 10+ providers emerging, many of whom have already raised significant funding to explore the space.

BNPL players in the region, with the amount of money raised to date, source: MENAbytes and Wamda.com

Beyond improving conversion and sales, regional BNPL providers offer something extra: Partial relief from cash-on-delivery (COD) issues. Cash-on-Delivery, which accounted for more than 60% of ecommerce sales pre-pandemic, has been a major obstacle for ecommerce growth in the region and a headache for merchants.
BNPL solutions allow customers to pay after delivery, thus partially driving some of them away from COD and removing the collection burden from merchants.

As a result, I expect this service to rapidly gain traction in the Middle East. However, the industry is likely to undergo some major shifts over the coming years as we see four key changes taking place:

1) Not everyone will survive.

As discussed above, the economic model/ flywheel effect in BNPL means that succeeding in this business depends on your ability to:

2) Raise enough money to cover losses in the early years of growth (as you work to yield a positive contribution margin and cover your fixed costs).

As a result, we will see consolidation in the market, as smaller players fail to achieve the required scale or raise enough money and thus exit the space (or are absorbed by some merchants). Eventually, two to three independent players would survive and grow, each picking a specific category or geography to focus on.

Given all players offer roughly the same core product, distribution will be the core driver predictor of success in the first phase of growth: Whoever secures the highest number of quality retailers first will build an advantage.

2) Taking the battle to the consumer

As merchants start offering more than one BNPL solution, providers will very soon look to the other end of the marketplace (the consumer) to capture the transaction.

They will redirect their marketing budget towards offerings aimed at keeping the consumer loyal to their platform. As a result, expect to see more customized products and value-added services for consumers. Eventually, BNPL providers will turn their websites into shopping and discovery platforms with merchant discounts to attract first-time customers. In that respect, BNPL apps/ websites become a mini-version of The Entertainer focused on luxury/high-value purchases.

Shahry is a pioneer in this area and has already taken steps in this direction as it enables customers to browse various products and checkout on the Shahry app itself, providing a seamless experience and ensuring you capture the consumer before they get to the checkout page. ValU, the first in the region to offer BNPL, which is owned by EFG Hermes, has also embarked on the same journey.

Also, similar to what western companies are doing, regional BNPL providers will offer virtual cards, where consumers pre-add money to use in their online and offline purchases, thus keeping them loyal.

Consumer lending is one of the most regulated sectors in our region and as they grow, expect BNPL providers to attract a higher level of scrutiny. Regulators will specifically be worried about the adverse selection effect of the business:

Many BNPL consumers opt for the service as they can’t afford to pay for their purchase fully. These consumers will be at a higher risk of defaulting on their loans and getting burdened by debt. Regulators will look for ways to protect them and won’t look lightly at BNPL providers using tactics that incentivize impulse purchases

4) Some response from traditional players

Given the low barriers to entry, there is no reason why big ecommerce players (i.e., Amazon, Noon) and big retail conglomerates (MAF, Chalhoub, Al-Futtaim group) can’t start offering their own BNPL upon checkout (potentially buying the smaller players in the space as I mentioned in trend 1 above).

Similarly, banks might learn a thing or two from disruption theory and start providing a credit card suite with a similar structure. In the US, JP Morgan Chase has recently entered the BNPL space, offering consumers the option to pay for purchases over multiple months at 0% interest and a small monthly fee.

Regardless of how things play out, the future looks bright for Fintech players in the region and specifically BNPL providers.