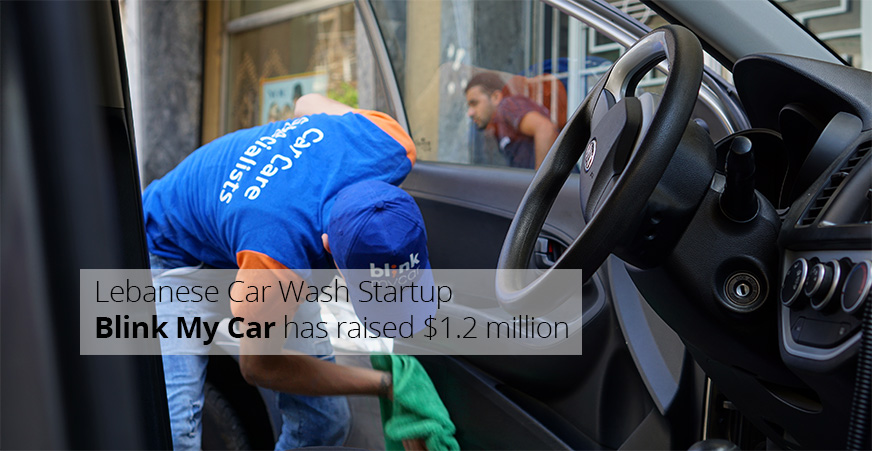 Co-founded by Ralph Choueiri, Rami Hallal & Joseph Khalil, the Lebanese startup Blink My Car offers on-demand car cleaning services in Lebanon. Having launched in 2015, they had earlier raised $350K as angel investment from  Al Amir Holdings in the same year. This seed investment comes from Lebanese VC Phoenician Funds who have also invested in another Cars statrup Seez last month.

The car wash service being offered by Blink My Car is almost waterless. Their cleaners or partner specialists as they call them use a mixture of different imported products like surfactants  and carnauba wax to do the cleaning, the method is known as dry car washing. The startup claims that they save 250 liters of water with almost every car wash they perform.

They have applications for both Android & iOS using which the users can book the services with few taps and their specialist would visit them wherever they, locate the car and perform the car wash which would take about 40 minutes.  The startup has also built a Facebook Chat Bot which lets you book their services within Facebook Messenger.

Co-Founder and COO of Blink My Car, Ralph Choueiri said that they’ll be using the money to increase the number of active users in Beirut, expand in Doha and launch in Dubai, all within the next year and a half, Wamda reported.