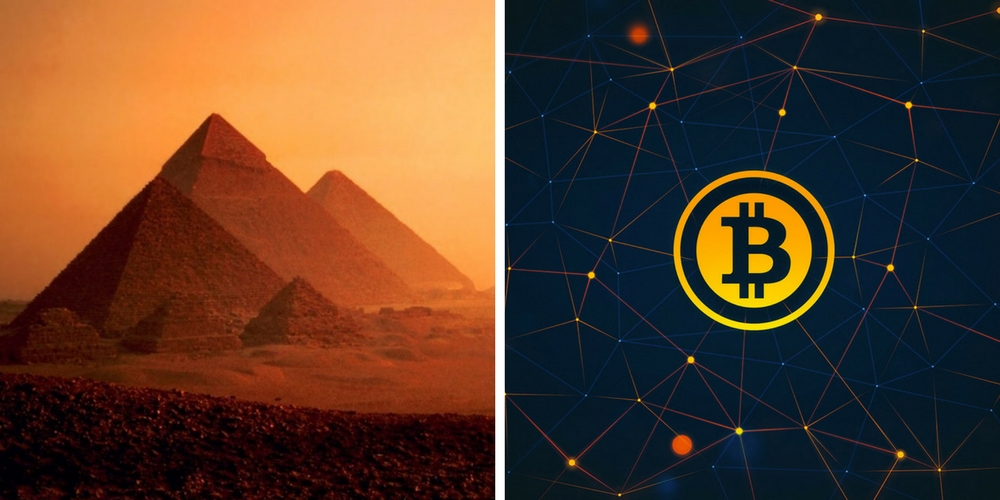 There has been a lot of talk around bitcoin lately. It’s value has almost doubled during one last month or so.  It crossed the $4,000-mark for the first time three days ago and has been able to maintain it. Currently trading around $4,150, people are hoping it would soon cross the $5,000-mark as well. But different analysts have been warning that a correction is due and we are going to see a significant drop in its value.

In midst of all of this, Bitcoin Egypt which claims to be the first registered bitcoin exchange in the country is preparing for launch later this month. Co-founded by Rami Khalil and Omar Abdelrasoul, Bitcoin Egypt wants to make it easy for people in Egypt buy or sell bitcoin.

“Egyptians who know about bitcoin and other cryptocurrencies have hard time buying or selling them because Egypt’s banks are not supported on most of the international exchanges. We will offer them to buy or sell using the Egyptian pound which will be more convenient for those with low income and low investment funds.” Omar said, speaking to MENAbytes.

The duo also plans to create awareness about blockchain in general and different cryptocurrencies including bitcoin through their startup.

“We are going to post educational articles in English and Arabic to educate people about the technology itself and the different kinds of coins.”

Initially the only way to buy bitcoins is through regular bank transfer. After you create an account of bitcoin’s platform and make a buy order – you’ll have to transfer the money in Egyptian Pounds to their bank account to verify and complete. Transaction fee would be 0.25%. Anyone wanting to sell will also have to go through similar process; after they’ve sold the bitcoins back through platform, the money will be transferred to the bank account associated with their profile on Bitcoin Egypt.

The startup also plans to integrate different payment gateways in 2018 to make it easier and faster for people in the country to be able to buy and sell bitcoins.

Rami who is a computer science graduate from German University of Cairo and has published a paper about blockchain technology told another publication that they would only require basic contact information (full name, ID numbers, address, etc) from the users and are not bound to any formal KYC/AML regulations as bitcoin is technically a commodity in Egypt.

Rami also explained that there are a few hundred people who already using and trading bitcoins on daily basis in Egypt on online forums.

In terms of legal status, it is perhaps a gray area with the country not having any rules or laws that prohibit the exchange of currency.

“Its a bit tricky, right now the Egyptian gov has absolutely no problem with bitcoin or any other cryptocurrency, but there are no laws or rules regarding the issue yet.” Omar told us.

According to some local Egyptian publications, Chairman of the Egyptian Financial Supervisory Authority (EFSA) Sherif Samy has reiterated last week that digital currencies such as bitcoin and ether are not authorized or supervised by the authorities and With the absence of legal and loss protection, any dealings with them carry significant risks.

Both the founders are aware of the risks associated with launching a startup in an area that’s not regulated yet but are very optimistic and ready for any regulations set by Egyptian government in the future.

If everything goes smooth, they expect to launch the exchange on August 31.