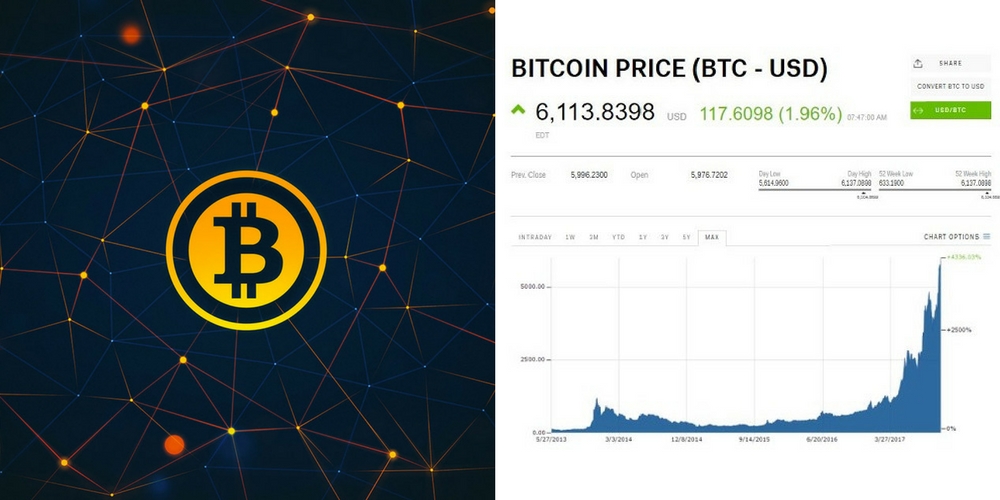 The latest surge is very significant as it comes at a time when Bitcoin has been receiving a lot of bad press. China and South Korea have recently banned ICOs. JPMorgan’s CEO Jamie Dimon called it a fraud. CEO of Brazil Central Bank labeled it as a pyramid scheme. But none of this has been able to slow down the digital currency. It had $5,000 for the first time on Oct 12, only nine days ago and now it’s trading at ~$6,100.

A Stock Analyst had earlier this year predicted that Bitcoin will reach $50,000 in the next decade. When Ronnie Moas had made that prediction in July, the digital currency was trading around $2,5000 mark and he had predicted that it would double and reach the $5,000 mark next year. Looks like Ronnie even with his very generous prediction underestimated Bitcoin. And that may very well be the case with this $50,000 prediction. But only time will tell.