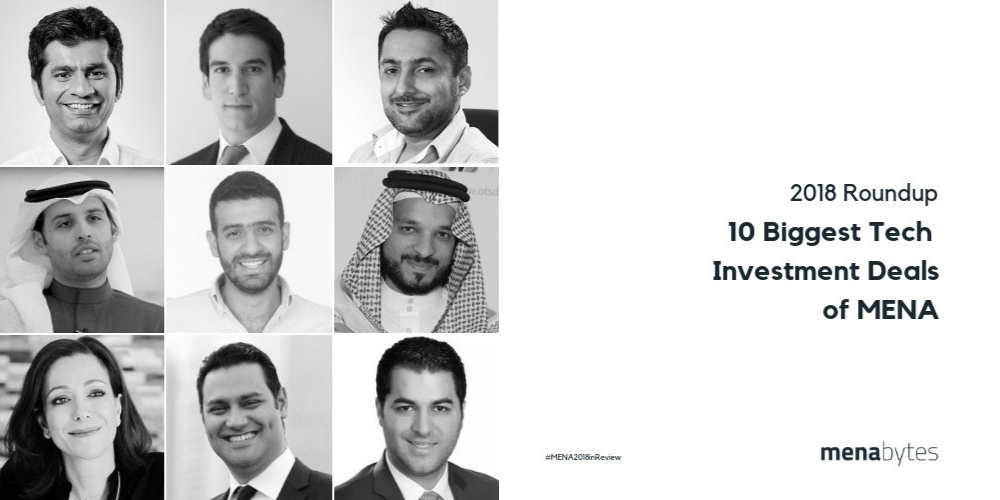 The startups in Middle East & North Africa continued to raise a lot of money in 2018. It was actually more than what they raised in 2017, the data by our upcoming platform trackMENA shows. In 2017, our venture report that tracked over 130 deals  that brought in about $475 million for for startups in the region. In 2018, the top ten deals alone that we’ll be highlighting in this piece helped startups secure over $500 million. The top ten deals in 2017 amounted to $383 million.

UAE once again dominated the top ten deals with six out of ten coming from there including the top three. Egypt once again made it to the chart with the help of Swvl and Kuwait and Jordan also made it this year, thanks to Boutiqaat and Mawdoo3. Here are the ten biggest tech investment deals of 2018 from Middle East & North Africa.

Dubai-based ride-hailing unicorn of MENA raised $200 million as first tranche of its Series F from its previous investors including Saudi billionaire Prince Alwaleed bin Talal’s Kingdom Holding, Al Tayyar Group, Japanese e-commerce company Rakuten. MENA’s largest VC STV also joined the round. The round reportedly came at a valuation of over $2 billion. The company had announced to use the investment to expand into mass transportation, deliveries and payments. Careem is aiming to raise another $300 million to close the round at $500 million.

Dubai-based real estate classifieds website Property Finder raised $120 million in one of the largest investment rounds raised by a technology company based in the region. The round was led by New York-headquartered global private equity firm General Atlantic. The firm acquired a minority stake in the company at a valuation close to $500 million. Property Finder less than three years ago before raising this investment was valued at $200 million when it raised a $20 million Series B from Vostok New Ventures in January 2016.

Emerging Markets Property Group, the parent company of UAE-based property portal Bayut raised $50 million in ongoing Series D round from undisclosed investors. The company apart from Bayut.com also owns property websites in Pakistan, Morocco, Bangladesh, Spain, and Romania. The statement by EMPG had noted that $50 million is first close of a substantially larger round.

Kuwait-based beauty ecommerce startup raised $45 million from Boubyan Petrochemical Company, a Kuwaiti company with investments in different sectors including petrochemicals, manufacturing, healthcare and education. The investment was made at a reported valuation between $250 million to $300 million.

Dubai-based ecommerce platform Wadi after pivoting to groceries raised $30 million from regional retail giant Majid Al Futtaim. The investment was made to help Wadi grow its grocery business in Saudi. Carrefour, the French hypermarket chain that’s managed and operated by Majid Al Futtaim in MENA became a strategic partner of as a result of investment. The company, in 2016, had raised 67 million Series A led by Saudi’s Al Tayyar Travel Group.

Egyptian transportation startup Swvl had a great 2018, at least in terms of grabbing investor eyeballs. The startup raised tens of millions in its Series B at a valuation close to $100 million. Swvl did not disclose the exact size of investment but MENAbytes had learned that it’s between $25 million to $35 million. It is the largest ever investment round raised by any technology startup in Egypt. Earlier in 2018, Swvl had raised $8 million Series A that at the time was also the largest investment round. They’re now in talks with the Chinese and Asian investors to raise over $100 million for their global expansion.

Saudi cloud communications platform Unifonic raised over $21 million in a Series A round led by STV with participation of Riyad TAQNIA Fund, Endeavor Catalyst, ELM, and Raed Ventures. It’s the largest-ever financing round raised by a Saudi startup. One may think of them as a Twilio for emerging markets. Started in 2006 by two brothers, Unifonic stayed bootstrapped for over 10 years.

Jordanian startup Mawdoo3 that is often referred as Wikipedia of the Arab world, raised $13.5 million as Series B investment. The investment was led by Kingsway Capital and joined by previous investor Endure Capital. It is the largest ever funding round raised by a Jordanian startup. Mawdoo3’s website is one of the most visited website in the region, receiving tens of millions of visitors everyday.

Dubai-based Aqeed’s $18 million is not reflected in these numbers as the money came from its corporate founders.