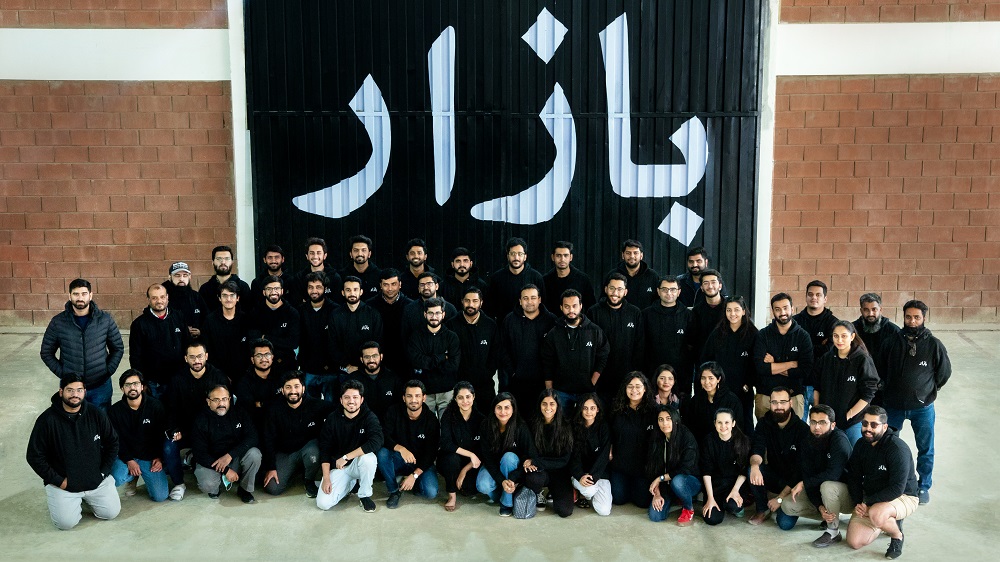 Bazaar, a Pakistan-based B2B ecommerce startup that had launched just eight months ago to digitize traditional retail in Pakistan, has raised $6.5 million in one of the region’s largest seed rounds. The round was co-led by Berlin-based Global Founders Capital which is making its first investment in Pakistan, and Pakistan-focused VC Indus Valley Capital that had also led company’s pre-seed round in June last year. According to MENAbytes data, it is the second-largest seed round ever raised by a startup in the Middle East, North Africa, and the largest in Pakistan. This takes Bazaar’s total raise to date to $7.8 million, making it one of the best-funded startups of the country.

In addition to the lead investors, Bazaar also brought together a diverse mix of leading regional and global institutional and angel investors. Early-stage VC S7V,  Singapore-based Wavemaker Partners, Saudi’s Derayah Venture Capital, and US-based Next Billion Ventures participated in the round. The angels that joined the cap table include current and former leaders of Careem, a partner at DST Global (one of the leading late-stage tech investors), and founders of other B2B startups including Cairo-based Maxab, Ula in Indonesia, and Africa’s Sokowatch.

“On one end of the marketplace, kiryana owners benefit from Bazaar app’s convenient ordering, reliable delivery and competitive prices. Suppliers, on the other end, through Bazaar get a direct-to-retail channel and are provided actionable insights on purchase patterns and trends,” said the startup explaining its value proposition, in a statement.

Tito Costa, Partner at Global Founders Capital, said, “We are excited to back an extraordinary team in their journey to help millions of small shops in Pakistan digitize their retail business”.

When the two co-founders had started building Bazaar, they had set a target of serving 800 retailers in Karachi by the end of 2020 but they closed the year with over 10,000 retailers, beating their initial targets both in terms of number of users served through the platform and GMV by over 10x.

Aatif Awan, the Managing Partner at Indus Valley Capital, said, “When we invested in Bazaar in May, they set ambitious targets for 2020. They went on to crush those goals by 10x. Indus Valley Capital is thrilled to double down on Bazaar and strengthen our partnership to revolutionize the $150B retail industry in Pakistan.”

In a conversation with MENAbytes, Saad and Hamza credited the early success of the platform to two things; their team that is comprised of talented individuals who previously worked with companies like Careem, Swvl, Kitopi, Daraz, and Unilever, and the much better than expected response of the reatilers, “When we were starting, we were told that the grocery store owners in Pakistan would be reluctant to use technology to procure inventory but we now have over 80 percent of our users using Bazaar’s app to make the purchases for their stores.”

Hamza explained this further in a statement, “As the fifth largest country in the world with rising digital adoption, we have an incredible opportunity to empower micro-businesses through technology. Over 80% of our customers own and operate smartphones, yet their way of running business has not changed, until now. By bringing them online, we can meaningfully improve their business and their lives, freeing up time to focus on the most important tasks, eventually enabling greater returns.”

Both the co-founders were previously based in Dubai. Saad was a product manager at Careem and Hamza worked as a management consultant at McKinsey. In addition to enabling entrepreneurship and transforming the retail sector of Pakistan as a company, the two also have a personal mission of turning Bazaar into a company that brings together and cultivates Pakistani talent.

Saad, commenting on the occasion, said, “At Bazaar, we believe that building the technology layer for traditional commerce is a massive opportunity. With the sheer size of the Pakistani market, a new narrative and spotlight on our ecosystem and an abundance of Pakistanis moving back home, we finally have all the right fundamentals to build massive tech institutions. We have been blown away by our early team and humbled by the roster of investors who are supporting us on this journey. It is further validation of the sheer yet untapped potential of tech in our country.”

When Bazaar had announced its $1.3 million pre-seed round in June last year, Lahore-based Tajir was only one VC-backed B2B ecommerce marketplace in Pakistan that was part of Y Combinator’s Winter 2020 batch but the landscape has completely changed within the last six months with players like Retailo and Dastgyr raising VC money. Retailo which is headquartered in Riyadh but also runs its marketplace in Karachi raised $2.3 million in one of the largest pre-seed rounds of the region in October last year. So it’s fair to say that B2B ecommerce in Pakistan has become a somewhat crowded sector within no time.

Bazaar’s co-founder Hamza Jawaid, commenting on the competition in a recent appearance at an online event had said that the retail sector of Pakistan is large enough for multiple players to co-exist. It’s first product is a marketplace but the co-founders of the Karachi-based startup have hinted in their conversation with MENAbytes that there are multiple other products in the pipeline that will empower millions of SMEs in Pakistan, a move that could help it become the leading venture in the space. It plans to use a part of the fresh funds to do that. The money will also be used to help Bazaar expand its team, and expand its footprint across Pakistan.

The last eighteen months have proven to be an inflection point for Pakistan’s tech ecosystem with startups like Bykea, Airlift, and many others raising tens of millions of dollars from some of the top investors in the world. Bazaar’s record seed round suggests that this acceleration will continue in 2021 as well with new international tech investors continuing to bet on the local startups here.