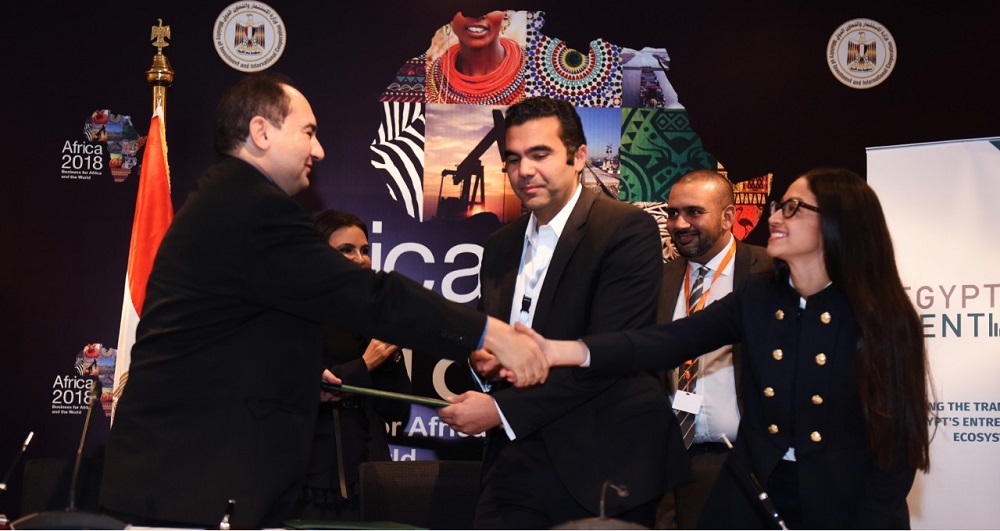 Egypt Ventures, the recently launched Cairo-based VC fund has kicked off series A round of investment in video big data analytics AvidBeam Technologies, the startup told MENAbytes today, without disclosing the size of investment. The investment is part of an on-going Series A round.

The company was founded by a team of Intel PhD’s and engineers, Hani Elgebaly, Mohamed Rehan, Hossam Samy, and Mike Gutmann, who have experience across different functions including video processing and analysis, R&D, product development, and business development, and have also worked for companies like Broadcom, Huawei, Motorola, and Nokia.

“We have customers in Egypt such as the Smart Village. In the US, we have a partner company that that is building an analytics box in Police Vehicles as an early warning system. AvidBeam provides the analytics for this box. We also work with multiple LiDAR manufacturers and autonomous suppliers to deliver deep learning models for video and LiDAR ground truth,” said Hani.

Heba Ali, Managing Partner of Egypt Ventures, speaking to MENAbytes, about their decision to invest in AvidBeam, said, “We are thrilled to work alongside Egyptian founders who have built deep tech that is globally competitive, which is a much-needed breath of fresh air. We believe that AvidBeam, in addition to capturing significant market value and disrupting the dynamics of video analytics, will inspire more founders to build businesses that solve global problems and not just local or regional ones.”

The company earlier this year won the grand prize for Best AI Startup at the CES Exhibition in Las Vegas. AvidBeam was also recently selected by International Finance Corporation (IFC) as one of the winners of The Next 100 African Startups initiative and took part in the Africa Forum 2018 that was held in Sharm El Sheikh this week, where AvidBeam CEO joined the panel of Egyptian president Abdel Fattah el-Sisi and Rwandan president Paul Kagame to discuss entrepreneurship in Africa.

Hani Elgebaly, speaking to MENAbytes, about their early success, noted, “One of our biggest accomplishments has been reaching world leaders of autonomous vehicles and getting their acceptance for our product.”

But it has not been very easy. AvidBeam obviously, like any other business has faced a lot of challenges during its early years. The biggest one of them has been the market’s resistance to accepting analytics technology esp. early-on.

“It is still perceived as science fiction and there is still a mental barrier to deployment. There has been an early wave of computer vision that lacked resources and the right algorithmic behavior that might have created some doubts but the sentiment is quickly changing and we see mega projects worldwide requesting security,” said the company’s CEO.

“This requires a lot of education and ROI calculators. Another issue is that computer vision is still susceptible to accuracy percentage but it keeps improving year over year. It is extremely useful as an augmentation tool for human work but it will never replace humans completely,” he added.

As what AvidBeam has built is a global product, they obviously have competitors as well but the company thinks they’re way ahead of them.

“We have a few competitors depending on the market we target. In surveillance, we compete with those vendors offering analytics on the cameras at the edge. For some video analytics in order to achieve high accuracy, they must run high resolution. Camera resources usually cannot cope with high resolution or high frame rate. Further things like tracking, double counting, etc. cannot be evaded when the analytics is done on the camera,” said Hani, speaking to MENAbytes.

“In the automotive space, we have competition from manual labeling software houses for video and LiDAR. We have a leap ahead with our cloud platform that provides scalability. Further, our automatic annotation tool could save cost and time resources exceeding 60% each,” he added.

AvidBeam currently has a team about 20 engineers and computer scientists, most of whom work from its office in Cairo. The company also has offices in the Netherlands and United States and wants to use the latest funding to scale their sales in more markets and build strong channels there. The funding will also be used to further develop their technology and expand their team.

It’s not every day that we see a hardcore global technology product coming out of MENA. AvidBeam is one of those rare products. It’s a startup you should keep your eyes on.