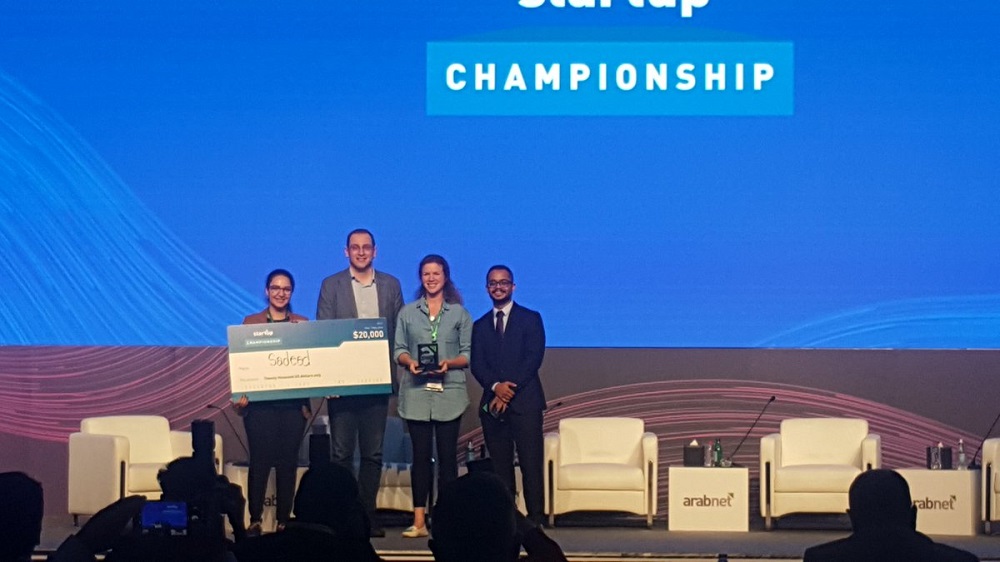 ArabNet Digital Summit, one of the largest startup events of the region concluded in Dubai last week. Startup Championship, a pitching competition that brought in 18 startups from all across the region to compete against each other was one of the main highlights of the event.

All the 18 startups were selected in ArabNet events in Kuwait, Riyadh, Beirut, Muscat, Dubai & Casablanca.

The competition was won by Sadeed, a Jordanian startup that allows companies and agencies to automate their social media customer care.

The startup was founded by a team of engineers who have previously worked for Souq, OpenSooq and some other leading startups last year.

Sadeed’s platform also offers a dashboard with different insights including the number of comments processed, replied to, ignored, or removed for abuse.

The startup received $20,000 as the winning prize.

The Kuwait-based Nabta Health was the first runner-up. Co-founded by Sophie Smith & Dr. Mussaad Al-Razouki, Nabta is a dedicated platform for women’s health in the Middle East & North Africa. Nabta had also won the Step’s Pitch Competition little over a month ago. The startup aims to provide a set of different healthcare services to accompany women in important events of their lives, including marriage, pregnancy, and childbirth.

The monitoring can help city planners and other decision-makers take better decisions in city planning, development, and operations. But more than anything else, Sadeem’s system could help save lives during a flood incident and reduce economic losses by up to 30%.

The startup was also the winner of GITEX Future Stars competition last year in Dubai.