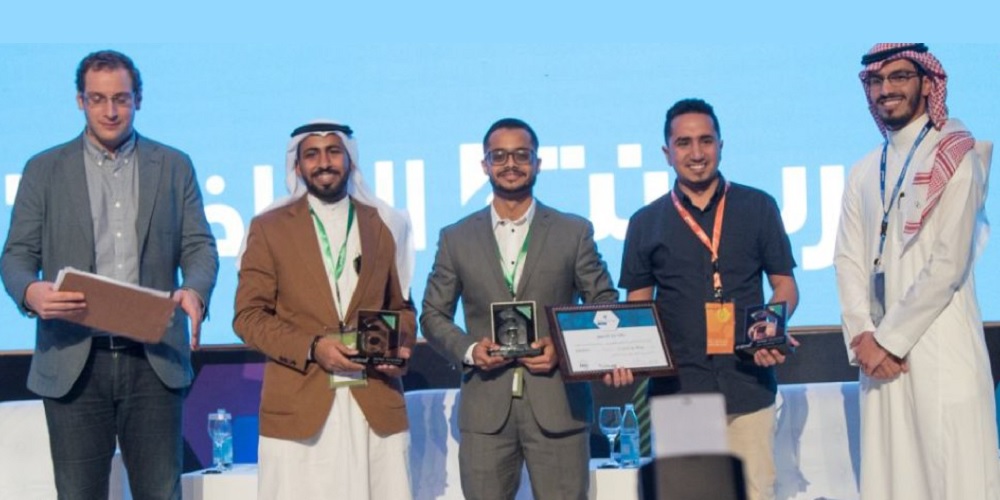 ArabNet Riyadh, one of the largest gatherings of startup and digital community of Saudi concluded in Riyadh last week. The three-day event brought more than 1,500 attendees including some leading VCs, CEOs & executives from different digital and technology companies. The event also attracted different startup founders and enthusiasts from all over the region.

Ten startups were selected as finalists for the Startup Battle. All these ten startups were given a desk and space at the venue to showcase their products and services which is great. After the pitches, the following emerged as winners.

Sadeem was declared the winner of first prize ArabNet Riyadh Startup Battle. Co-founded by Mustafa Moussa, Ahmad Delwah & Edward Canepatwo, Sadeem specializes in flood sensing system for smart city applications. The startup had originally started as a research project at King Abdullah University of Science & Technology and has now developed multi-patented monitoring system which displays physical phenomena occurring in the city including flash flood maps, traffic maps and pollution maps in real time. The system could help save lives during a flood incident and reduce economic losses by up to 30%. The most recent application of their system was seen in the recent heavy rains in Jeddah. The monitoring can also help city planners and other decision-makers take better decisions in city planning, development, and operations. 2017 has turned out to be a great year for Sadeem. They have been among the finalists and in many cases have won every pitch competition that they took part it, which includes winning the Best Global Startup at GITEX Future Stars.

Labayh, a startup that connects its users with psychologist and psychiatrists to offer consultations related to different problems that affect their mental health, was declared the runner-up of pitch competition. Founded by Bassem Al Baladi earlier this year, Labayh connects users with consultants through its Arabic-only mobile apps. The users have an option to book consultation sessions in form of chat or voice calls. The startup will be introducing video calls feature in the coming few weeks.

Autotash, a startup that sells spare parts for cars in Saudi came in third. It also won the people choice award. Founded by Abdullah bin Shalman, Autotash sells new and used spare parts through their web-based platform. For now, they seem to be doing it through simple landing page and a form that lets users share the details of spare part(s) they would like to request. Autotash’s team take the request back to their supplier and gets back to user with a quote. If the user likes the price being offered, they can go ahead with the order cash on delivery as payment method if they’re in Riyadh. For rest of Saudi, users can transfer the money through bank to complete their order and receive the parts they’ve requested.  The startup’s next move will be building a marketplace where users should be able to browse and order spare parts directly.

All these three startups now fly to Dubai next year to take part in the Startup Championship during the ArabNet Digital Summit.