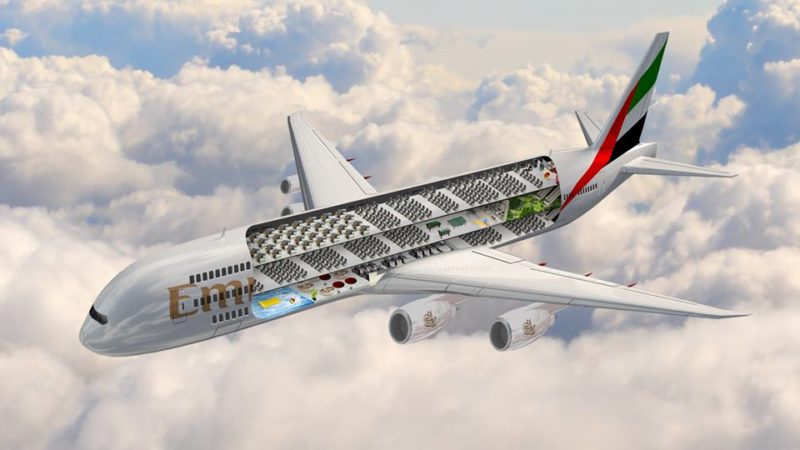 It has become a norm for companies in West to pull April Fools pranks on their social media channels. Its still not very common for companies here in this region to do it. However this year, we have seen some companies pulling off some really cool pranks. Here is a list of some of them we have come across until now. If you have seen any company from MENA pulling up a great prank, let us know in comments and we’ll update the list.

JadoPado, the online marketplace announced the launch of JadoPado Mall with a dedicated website called jadopadomall.com and if that was not enough they made a hilarious video as well featuring their Co-Founder & CEO Omar Kassem and others.

Kassem can be seen in the video saying “If you’re wondering why we did this, we had a recent competitor that decided that they were going to startup a physical store and then we had a local mall operator decided that they were going to buy our largest competitor and we thought the best thing we could do is raise a billion dollars and go out and build the world’s biggest mall.”

Here’s the video and if you would like to have more of it, you could check out the website of the billion-dollar mall at jadopadomall.com.

Careem announced the Careem Smile toothbrush with the launch of careemsmile.com. They didn’t make a video but explained all the features of the toothbrush on the website.

“Recommended by your dentist… and your boss. ​A toothbrush like no other. When you brush with the Careem Smile toothbrush, you do so much more for your oral health than you can with a manual toothbrush. It cleans better between teeth, sweeps away more plaque, and helps you take better care of your gums. All at the push of a button. Not only that, depending on the time of day, your sleeping pattern, the state of your oral health, and several patented technologies, we will match you with a Careem captain that will take you to your office with a smile!”

The toothbrush comes with 47,653 movements/min, round brushhead, pressure sensor, and different brushing modes.

But that was not it. Careem UAE, Pakistan & Qatar shared their own jokes.

Starting today falcons are welcome onboard all cars - don't forget to add a note to your Captain!

We know how much you guys love (#green) rain! 💚☂#careem sponsored #cloudseeding. Yalla, don't forget to share your pics with us! 😉#mydubai https://t.co/QQzl42tM0s

Are you always looking for a promo code?

Introducing, our new hotline for promos.

Our favorite from these three is the green rain. Who wouldn’t like to see that.

Emirates announced the largest commercial aircraft. The triple-decker APR001 will have a swimming pool, games room, gym and a park. Its only Emirates prank that has truly gone viral and they didn’t have to launch a dedicated website or even make a video for it. A Facebook post with few pictures was enough. The Facebook post has been shared by over 50,000 people as we write.

Lovin Dubai, the online platform covering restaurants, news and lifestyle updates from Dubai also made an announcement that they’re rebranding as a dating application and want to become Tinder of UAE. We love their new name, Lovin DuBae.

ANNOUNCEMENT: Lovin Dubai Website Is Closing Down And Rebranding As A Dating App https://t.co/Mv0CwVHHv2

The leading comparison website of Middle East came up with the idea of launching first insurance comparison platform flying cars.

“I’m really excited about the possibilities that this new insurance comparison portal can offer. We felt that early adopters of flying cars deserve to save money on their insurance just the same as anyone else, so we’ve made it so that they can get the best possible deals on their flying car insurance policies” said Jon Richards, CEO of compareit4me.com

For us, JadoPado’s prank with that hilarious video is the winner. What do you guys think? Let us know in comments!