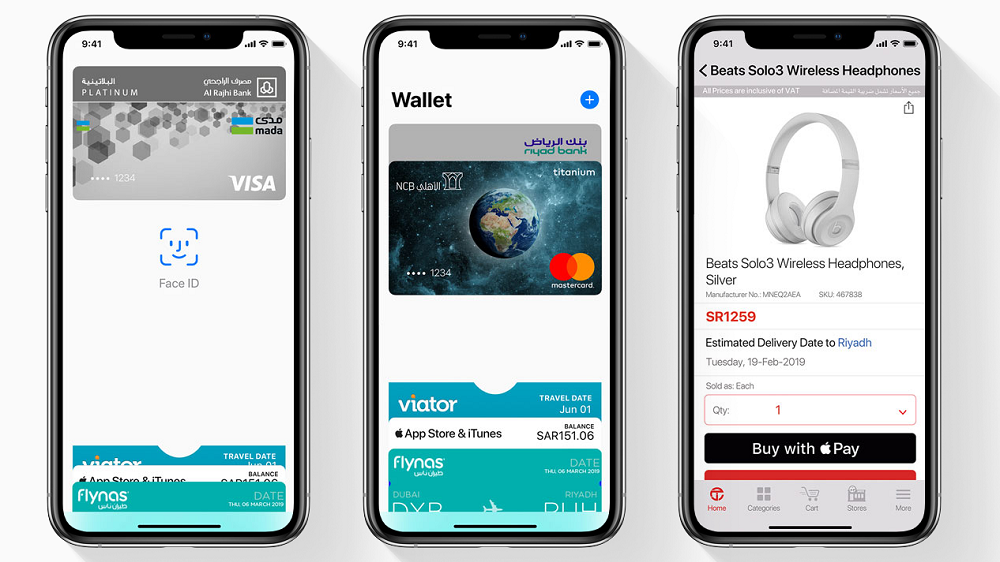 Almost eighteen months after arriving in UAE, Apple Pay has now finally launched in Saudi Arabia today. The Apple Pay Saudi page on Apple’s website is not carrying the coming soon tag anymore and lists all their banking and retail partners. Many users in the Kingdom have been able to add compatible cards to Apple Pay on their devices Apple since this morning – even before the launch was announced on Apple Pay’s website.

Late last year, we had reported that the company is planning for a 2019 Q1 launch. The rumors that the service will be launched on February 19 have been making rounds all this week, thanks to social media ads by some of the banks that Apple has partnered with.

The service, according to Apple Pay’s website will initially work with the Mada (Saudi payment network), Visa, and Mastercard debit and credit cards from Al Rajhi Bank, National Commercial Bank, Riyad Bank, Alinma Bank, and Bank AlJazira. Unfortunately, some of the biggest banks in the Kingdom including The Saudi British Bank (SABB) and SAMBA are not partners for the initial launch. They will perhaps be added at a later stage.

For those of you who don’t know, Apple Pay is a mobile wallet by Apple that digitizes your debit and credit cards, allowing you to make both online and in-store payments using any your iPhone, Apple Watch, iPad, and Mac.

Saudi is the second country in MENA after UAE to get the service and could easily become a very important market for Apple due to the large number of users that the company has in the country.