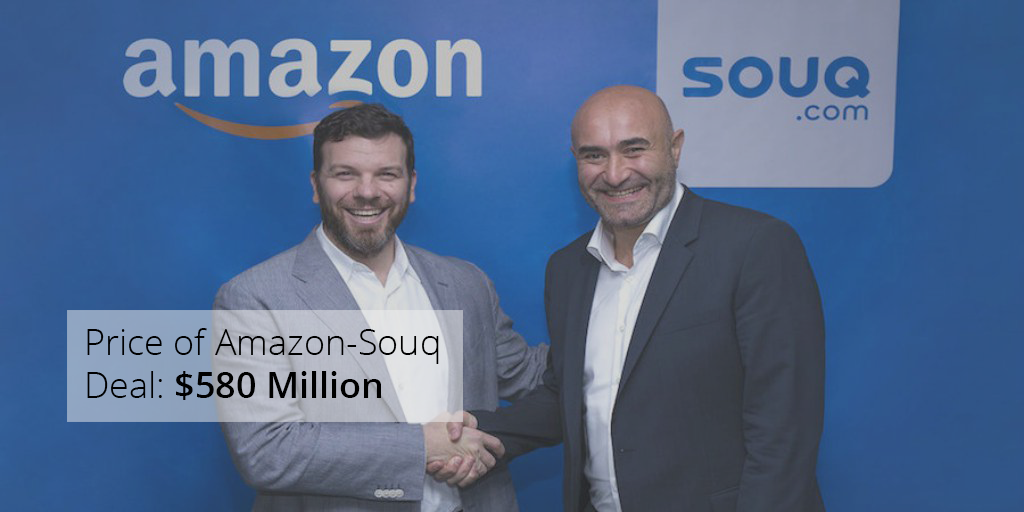 Souq.com’s acquisition by Amazon was not really straightforward. The whole episode had a lot of twists and turns before confirmation by both the companies. However, even after the confirmation, not many details about the acquisition were made public. There had been a lot of speculation about how much Amazon acquired it for. Different stories had suggested different price tags.

However now, we kind of have a confirmation as Amazon’s 10-Q form for 2017 Q1 has a detail about Souq Group Ltd’s acquisition. The form confirms acquisition’s price at $580 million. Following is the excerpt from the report highlighting the price.

‘Additionally, in March 2017, we signed an agreement to acquire Souq Group Ltd., an e-commerce company, for $580 million in cash, subject to adjustments. We expect to fund this acquisition with cash on hand, and we expect the acquisition to close in 2017, subject to customary closing conditions.’

Souq.com had raised $425 million in three rounds before getting acquired. The last round reportedly valued the website at more than $1 billion making it the first unicorn of the region back then. Rachel Williams, Former Senior Editor of Wamda who was perhaps the first one to report the deal $580 million as price of the deal wrote in one of her Medium posts that the website was valued at $1.8 billion after the last funding round. She was quoting Fadi Ghandour, Chairman of Wamda.

Whatever the case may be, it’s now obvious that Souq.com valuation declined big time before getting acquired by Amazon but that doesn’t necessarily mean that investors did not get any returns or lost their money. To understand how you may want to read this post on how tech investments work by Tammer Qaddumi who is a Partner at VentureSouq.