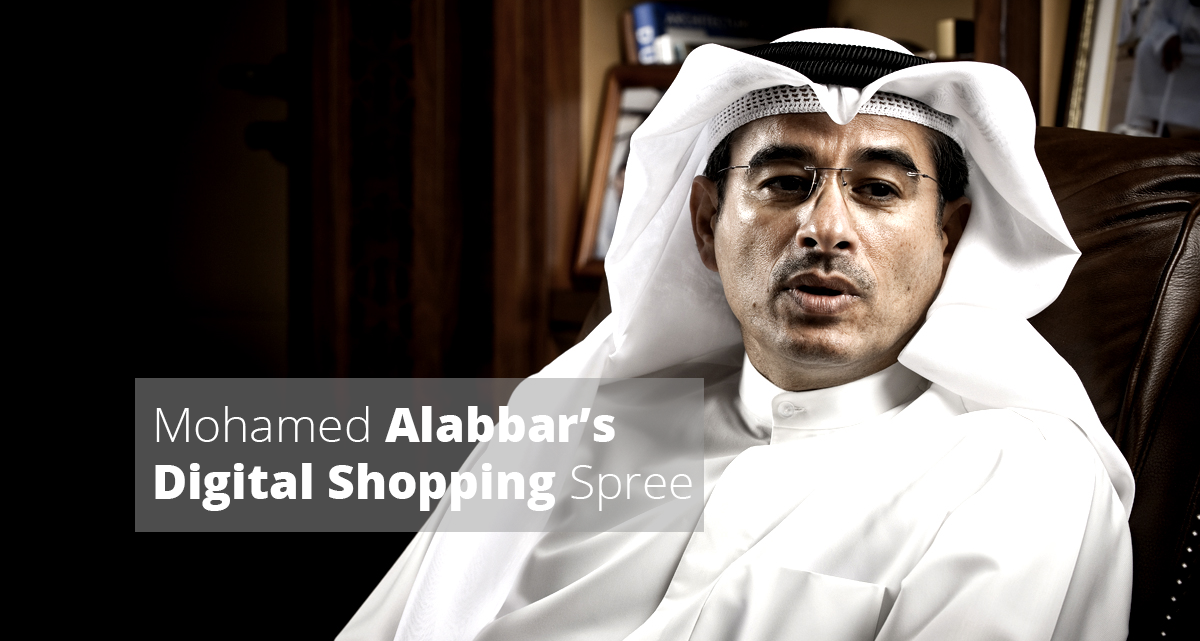 If you’re here, the likelihood of you knowing who Mohamed Alabbar is; is very high but if you’re one of those very few people who don’t. Let’s make it simple and easy for you. He is an Emirati billionaire who happens to be the founder of Emaar Properties. What’s that? It’s one of the largest real estate development companies in the world which is known for developing Burj Khalifa & Dubai Mall.

Okay, so now back to what’s this post is about. Alabbar has been very actively investing in tech esp. ecommerce since an year or so. Here on this tracker, we’ll list down everything related to tech in which Alabbar has invested money and we’ll regularly update the tracker; that is if this digital shopping spree by Alabbar continues.

Alabbar’s Emaar Malls acquired 51% stake for $151 million in Rocket-Internet’s Namshi valuing it at $300 million which is more than half as much as Amazon acquired Souq for; so a big achievement for both Rocket Internet and Namshi. Rocket Internet owns Namshi through its Global Fashion Group which also owns startups like Lamoda & Zalora as well. Some other famous Rocket Internet ventures in the region include Wadi.com & Jumia.

Alabbar acquired a large stake in one of the largest VC firms of the region, Middle East Venture Partners earlier this month. Co-founded by Walid Hanna, Walid Mansour and Rabih Khoury, Middle East Venture Partners is one the largest VC firm in the MENA and invests in early and growth-stage startups. The firm currently has companies like Aghanami & AlTibbi in their portfolio with total of more than $120 million in assets under management and $60 million in co-investments.

JadoPado is a Dubai-based ecommerce marketplace that had announced the acquisition on May 1, 2017 without disclosing who had acquired them; the site was shut down as a result of acquisition. Later in the month however, it was announced by both Alabbar & JadoPado that its a tech fund led by Alabbar that has acquired JadoPado for an undisclosed amount. Many in the startup scene termed it as acuqi-hiring as JadoPado’s team had joined Noon & Alabbar’s different other tech ventures. Omar Kassim, the founder & CEO of JadoPado had joined Noon as a CTO however he resigned within three weeks of joining so we’re not sure how Alabbar benifited from the acquisition apart from shutting down competition.

This is perhaps Alabbar’s biggest bet on tech and ecommerce in which he is obviously not alone. Backed by Saudi Public Investment Fund & a group of regional investors led by Alabbar himself, he announced Noon – the billion dollar ecommerce platform in November last year. The platform was supposed to launch in January this year but has been delayed an now there is no word on when exactly it would be launched apart from Alabbar’s statement in which he said that the platform is set for a launch this year.

Alabbar led two groups of investors to acquire a combined stake of 16.45% in Aramex. Co-Founded by Fadi Ghandour & Bill Kingson in 1982, Aramex is is one of the biggest success stories of entrepreneurship from the region. Dubai-based international logistics company is listed on NASDAQ & Dubai Financial Market. Its not really a tech investment but Alabbar’s stake acquisition are considered in-line with his ambitious plans for Noon.